"In the mainstream store, good luck trying to find it with everyone getting it at the same time," said Crystal Keckler of Enola 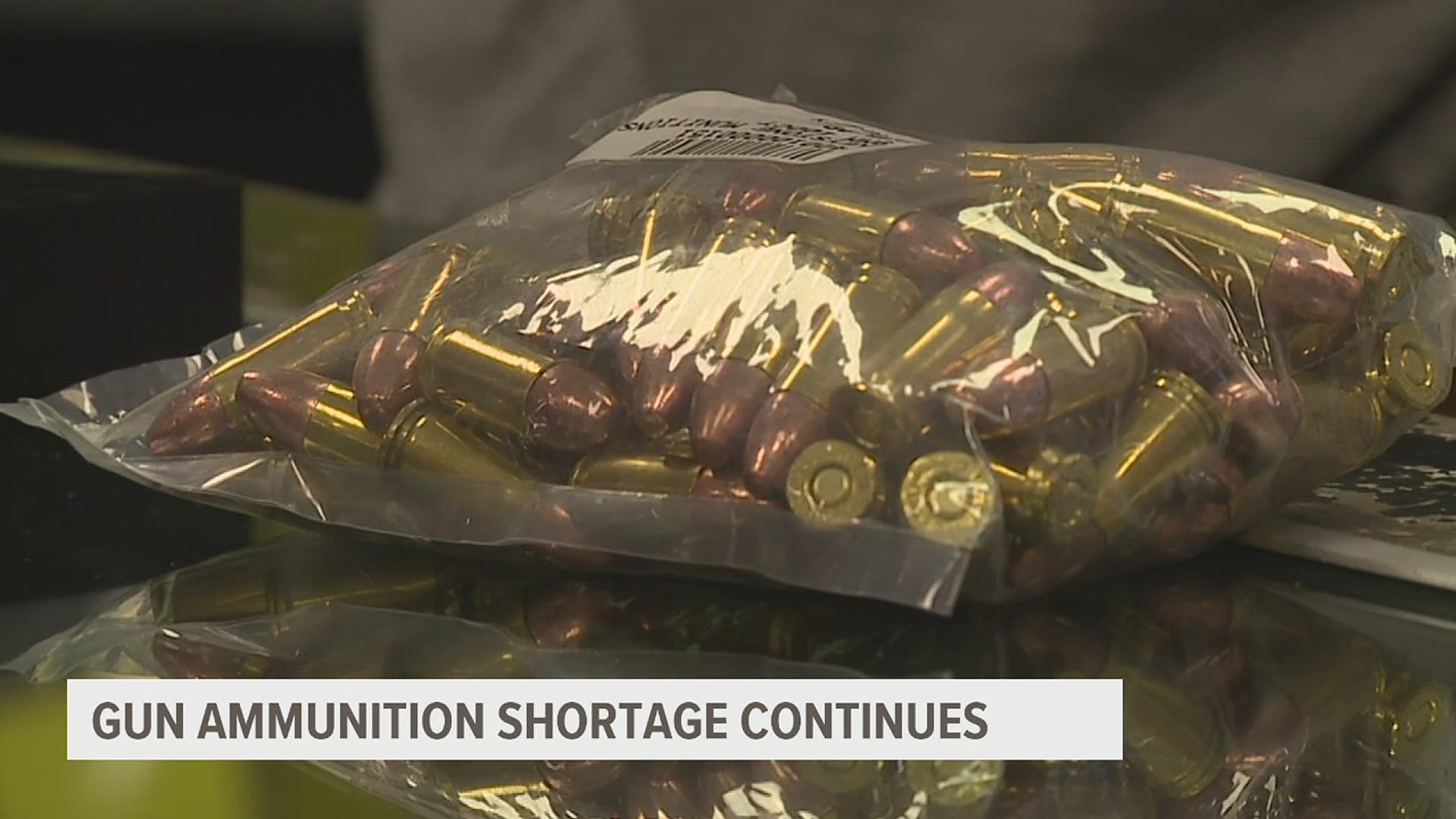 Gun ammunition was also hard to find and still is. As the demand for firearms goes up, so will ammunition.

According to the National Shooting Sports Foundation, about 8.4 million people bought guns for the first time in 2020.

With this type of demand, head firearm instructor of 717 Armory, Sherrod Baltimore says the supply chain could not keep up.

"The supply wasn't able to keep up with the demand so that's kind of what we're still dealing with- the after effect now," said Baltimore.

Crystal Keckler of Enola owns several firearms and is one of the many that often needs ammunition and says it hasn't been easy.

"You usually can find it in backwoods mom and pop FFL shops but in the mainstream store, good luck trying to find it with everyone getting it at the same time," she said.

2020 was met with many events that Baltimore says were prime components to the increase in demand.

"The pandemic, civil unrest, an election year," he said, "I think for the first time a lot of people took their personal security personally.

Though there is a continuous increase, Baltimore says shopping for firearms is a great way to celebrate the holiday weekend.

"Some people are grabbing supplies in here so they can go celebrate outdoors, outdoor ranges, farmland."

Baltimore says the supply of gun ammunition is slowly picking back up but prices are still on the rise.