Taking advantage of the extreme demand for some grocery items, some are buying more supplies than they need and selling them for a profit. 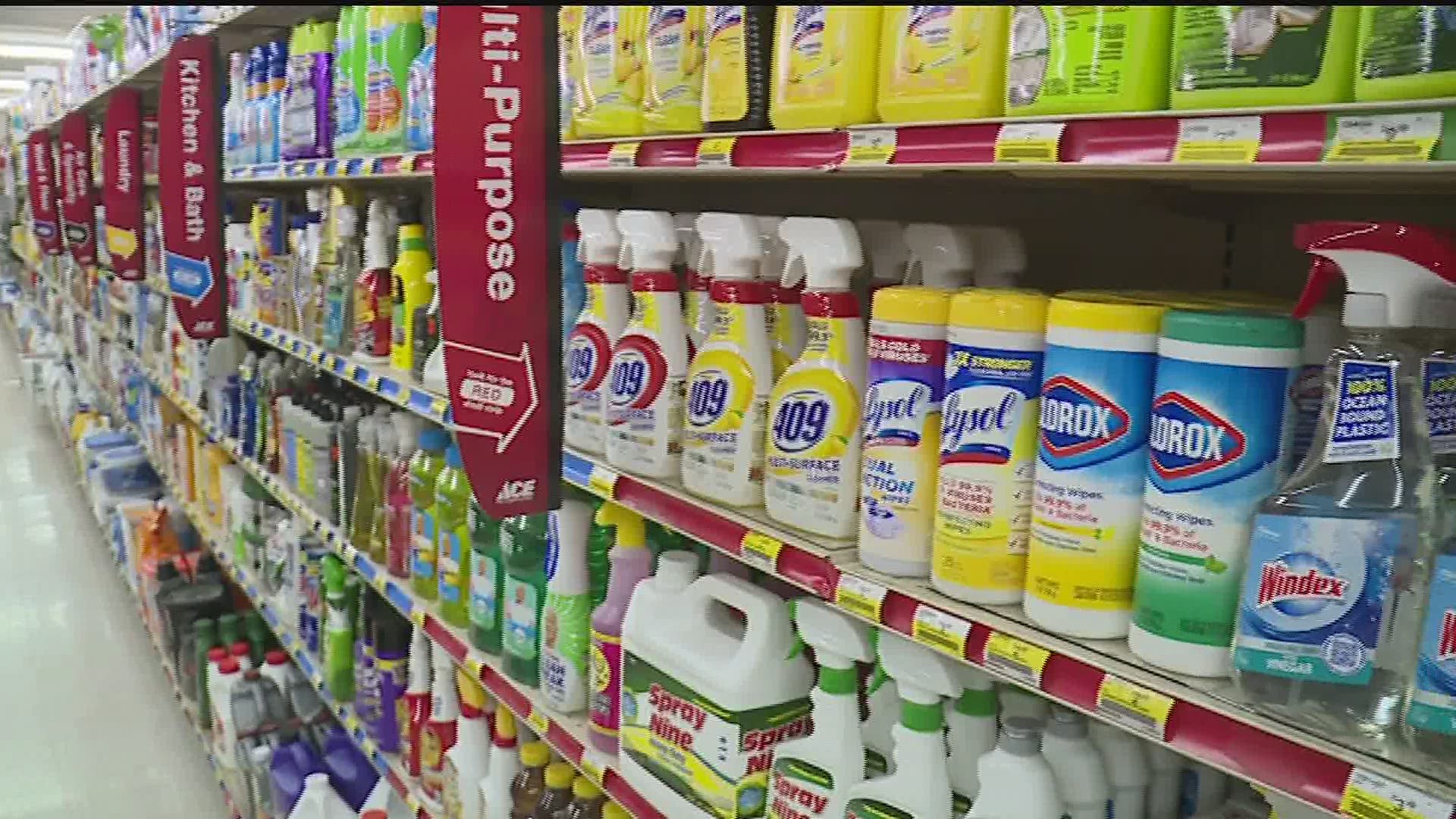 Newly proposed legislation in the Pennsylvania State House of Representatives would ban returns of grocery items, in an effort to prevent hoarding and price gouging.

With 26 counties now under a stay-at-home order, many shoppers have rushed to buy supplies and groceries.

Toilet paper, in particular,  has become the ultimate symbol of COVID-19 panic buying. Social media posts show empty paper goods shelves, as well as shoppers leaving stores with boxes of toilet paper. It’s also become an instrument for opportunistic price gouging. Taking advantage of the extreme demand, some have bought much more toilet paper than they need and then sell it for a profit on forums like Facebook Marketplace and eBay.

Credit: WPMT
A screenshot of toilet paper for sale on Facebook Marketplace.

Credit: WPMT
A screenshot of toilet paper for sale on eBay.

To prevent further price gouging on toilet paper and other grocery items, State Rep. Perry Warren (D-Bucks) is introducing what he calls an “anti-hoarding” bill.  Rather than limiting sales of grocery items, the bill would limit returns, as he said it isn’t meant to stop people from buying enough supplies.

“But it is meant to deter people from thinking, ‘I’m going to buy all of it, and then if I’m not able to sell them or flip them on eBay or put them up on my Amazon store and sell them, then hey, I can always take it back to the store,’” Warren said.

Under the bill’s provisions, stores could not accept turns on products ranging groceries and paper goods to cleaning products and baby supplies. Fewer people will buy goods just to resell them, Warren said, if there’s a risk of losing money.

“To actually prevent possibly contaminated foods or substances being returned to grocery stores and being put back on the shelves,” Warren said.

Even before the proposed legislation, some retailers already updated their return policies to exclude grocery items, including several local supermarket chains reached out to by FOX43.

Weis Markets wrote, "...We’ve already tweaked our no returns policy. Unless there’s a quality issue, we are not accepting them.”

GIANT Foods responded, "To further reduce contact, we have suspended some of our usual policies. We are unable to provide refunds, returns and rain checks at this time. "

Karns Foods wrote, "...Much of the grocery industry has already taken steps to put that practice in place. In today's climate having a product leave the store only to be handled in an unknown situation, then returned and sold to another individual is careless and dangerous. For most retailers, they already had to take a stance for the health and safety of the community.”

Warren said the bill would allow other stores that have not yet updated return policies to deny returns without fearing customer pushback.

The State House of Representatives will be back in session April 6, and Warren expects the bill to be considered soon after.