Darryl Robinson shares his experience getting vaccinated and how he hopes to change his brother's mind. 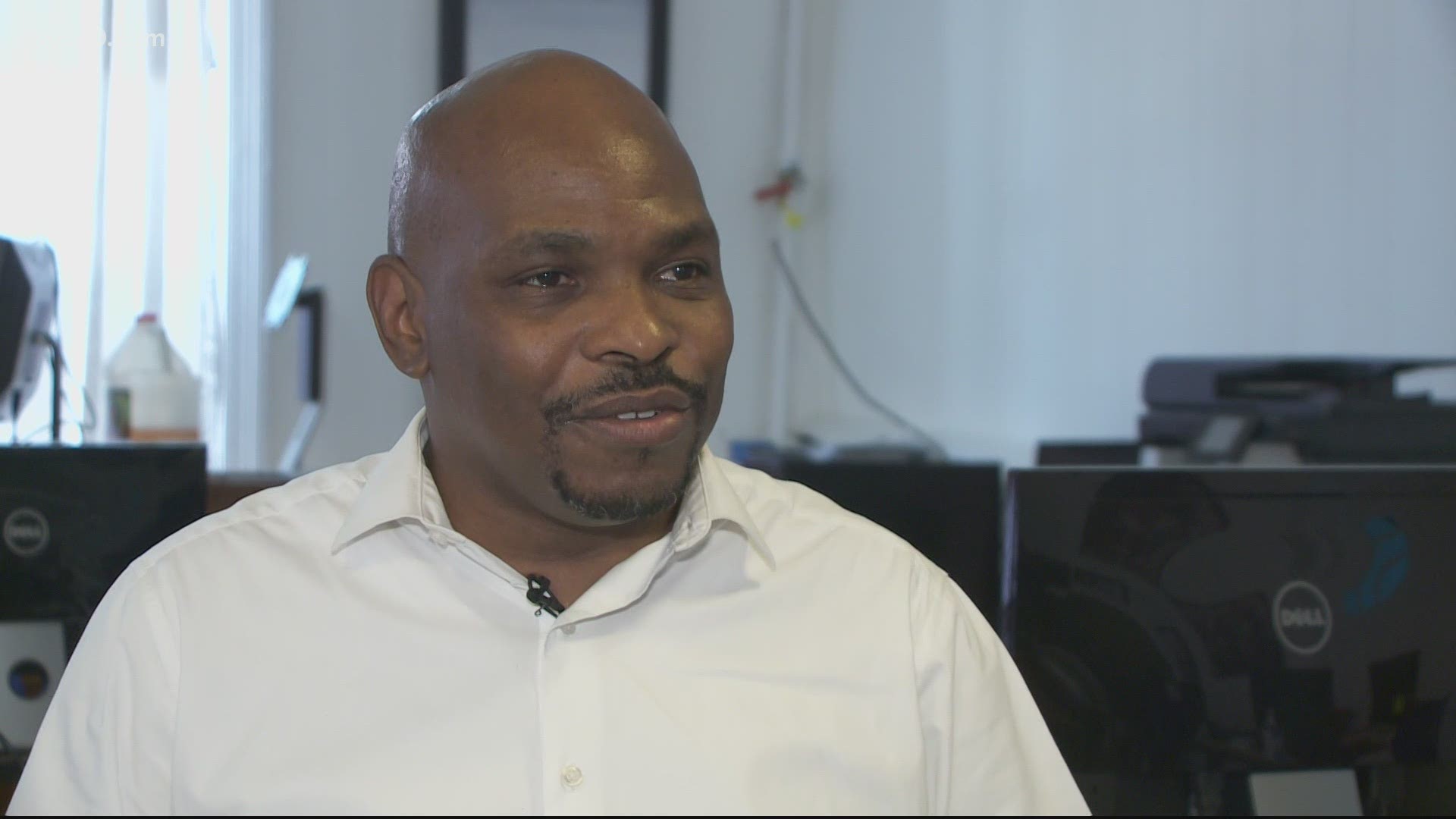 WASHINGTON — What do you do when a life saving vaccine comes out - and the people you love just won't take it?

Darryl Robinson is a success coach and project manager at the Congress Heights Community Training and Development Corporation.

Robinson helps people acquire the skills they need to land a job. Over the past year, conversations have turned to COVID-19.

RELATED: Why a hesitant Virginia dad got the COVID-19 vaccine

It's a personal topic for Robinson, who has lost multiple family members to the virus.

Robinson said that loss played a huge role in his choice to get the shot.

"I’m not necessarily a fan of vaccinations," Robinson said, "But the numbers were increasing, more deaths. It was just horrific."

Over the course of several months, Robinson said he warmed up to the idea of getting vaccinated.

"I made my transition from being totally against it to ultimately getting the vaccine when it became available to me," Robinson said.

It's a transition that many people in his life have not made.

But Robinson said he understands why.

"Even in my family, people do not go to the doctor unless something is wrong," Robinson said. "A lot of times it’s just unaffordable. So when someone goes to the doctor or they go to the hospital, sometimes they don’t return."

"If that has been your experience, then you’re not going to readily go take a vaccine," Robinson said.

That mentality is shared by Robinson's brother, who has decided he won't get the shot.

It's a choice that affects his family every day, Robinson said.

Robinson's dad is a cancer survivor and can’t take any chances, so family gatherings are limited. When they do happen, they are restricted to the yard.

Robinsons said he hopes to change his brother’s mind.

RELATED: Got vaccinated? A major retail chain is offering a $1 million prize

The first step, he said, is not being judgmental.

He tries to understand his brother's concerns and talk them out with him, explaining why the vaccine is safe.

"Just trying to let him see how deciding not to get the vaccine, how it can impact his family," Robinson said.

That means not just his brother and parents, but also his own children, Robinson said.

Robinson also posted about getting the shot on social media to normalize the idea because so many people he knows refuse to get it.

But he is committed to changing their minds.

"We take risk every day, so why not take a risk to save your life or the life of your loved ones?" Robinson said.

If you have any questions or concerns about the vaccine, share your perspective by texting us at 202-895-5599.

You deserve to make a safe and informed decision.

You can watch the full segment on YouTube here.

For more advice on how to approach these conversations with family members, you can watch our conversation with Dr. Elspeth Cameron Ritchie, the chair of psychiatry at Medstar Washington Hospital Center, below.

This article is part of WUSA9's Got My Shot series, produced in partnership with the Black Coalition Against Covid.