Pennsylvania distributed millions of dollars in federal COVID-19 aid to 66 of its 67 counties—except the one county that defied Gov. Tom Wolf's shutdown order. 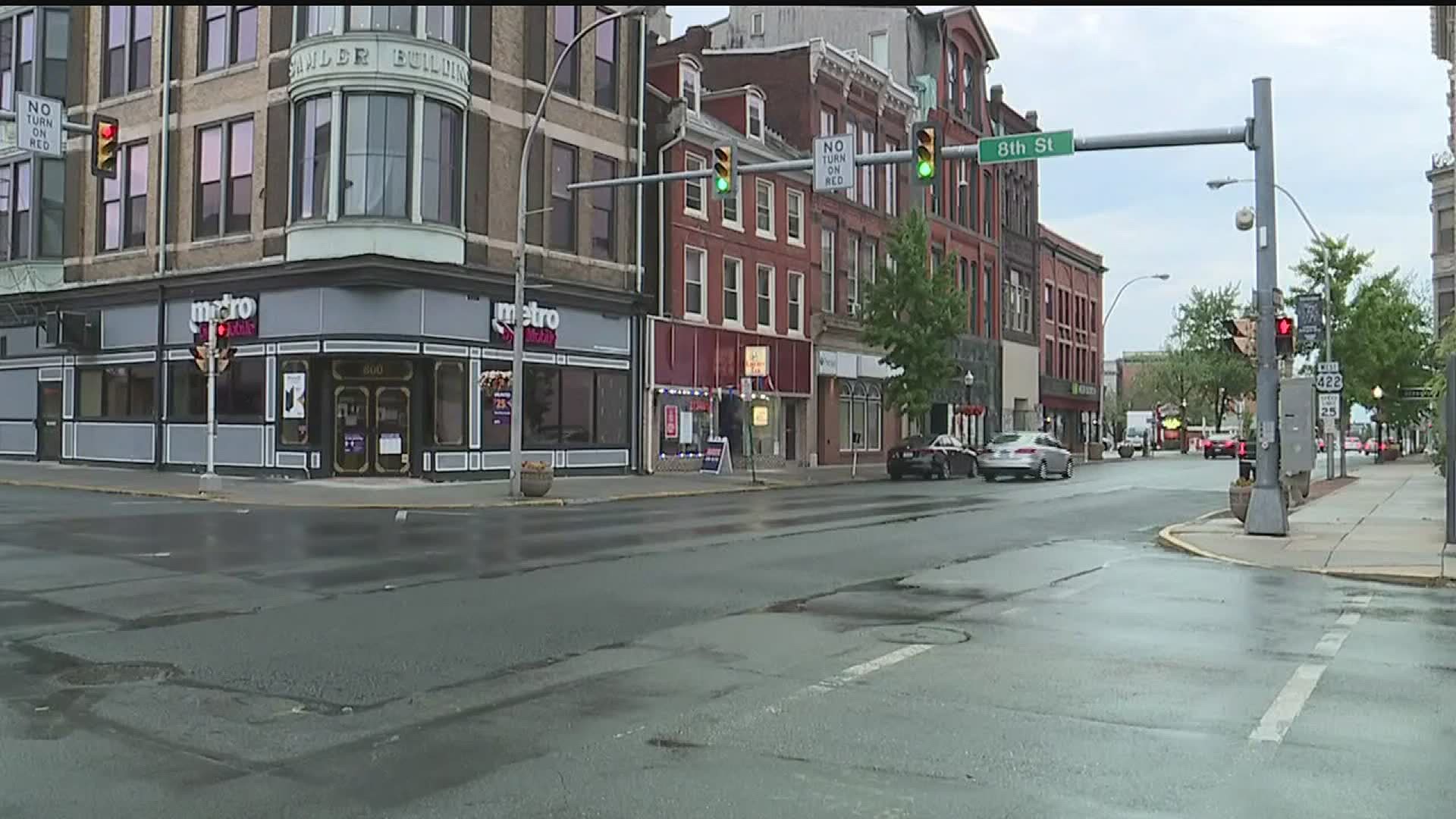 HARRISBURG, Pa. — Pennsylvania distributed millions of dollars in federal COVID-19 aid to 66 of its 67 counties on July 16. The one county that defied Gov. Tom Wolf's shutdown order—Lebanon—did not receive any funds.

Lebanon County was the only county to move itself into yellow phase on May 18, before it officially designated yellow on May 29.

Gov. Wolf had previously threatened to pull funding from counties that did not respect the state's three-color phased system.

Several other counties had threatened to reopen early, but eventually backed down.

"I guess he felt that because we did not follow his directives by the letter, that he is taking this action," said Lebanon County Commission Chairman Bob Phillips.

In remarks at a news conference Thursday, Gov. Wolf suggested Phillips and Lebanon County's other Republican commissioner, William Ames, were responsible for the county not receiving funds.

"They were saying, ‘No, we’re not going to abide by the restrictions. We’re going to make our own rules and regulations.” Well, that’s okay. Then don’t come say you want something from the state when you haven’t followed the rules," Gov. Wolf said. "There are consequences. These are the consequences and I think I’m being consistent here."

"It’s vital to those businesses that may not come out of this if they don’t get this money," Phillips said.

The Lebanon Valley Chamber of Commerce sent an open letter to the governor on July 16, imploring him to release the funds they wrote were "desperately needed."

County commissioners are also reaching out to Pennsylvania's U.S. congress members for help, according to Phillips.

"I’m not ready to concede that we’re not going to get it, ever," Phillips said.

A letter from Rep. Dan Meuser (R-Dallas) argued the funding came from a federal law, so the state must distribute it to all counties.