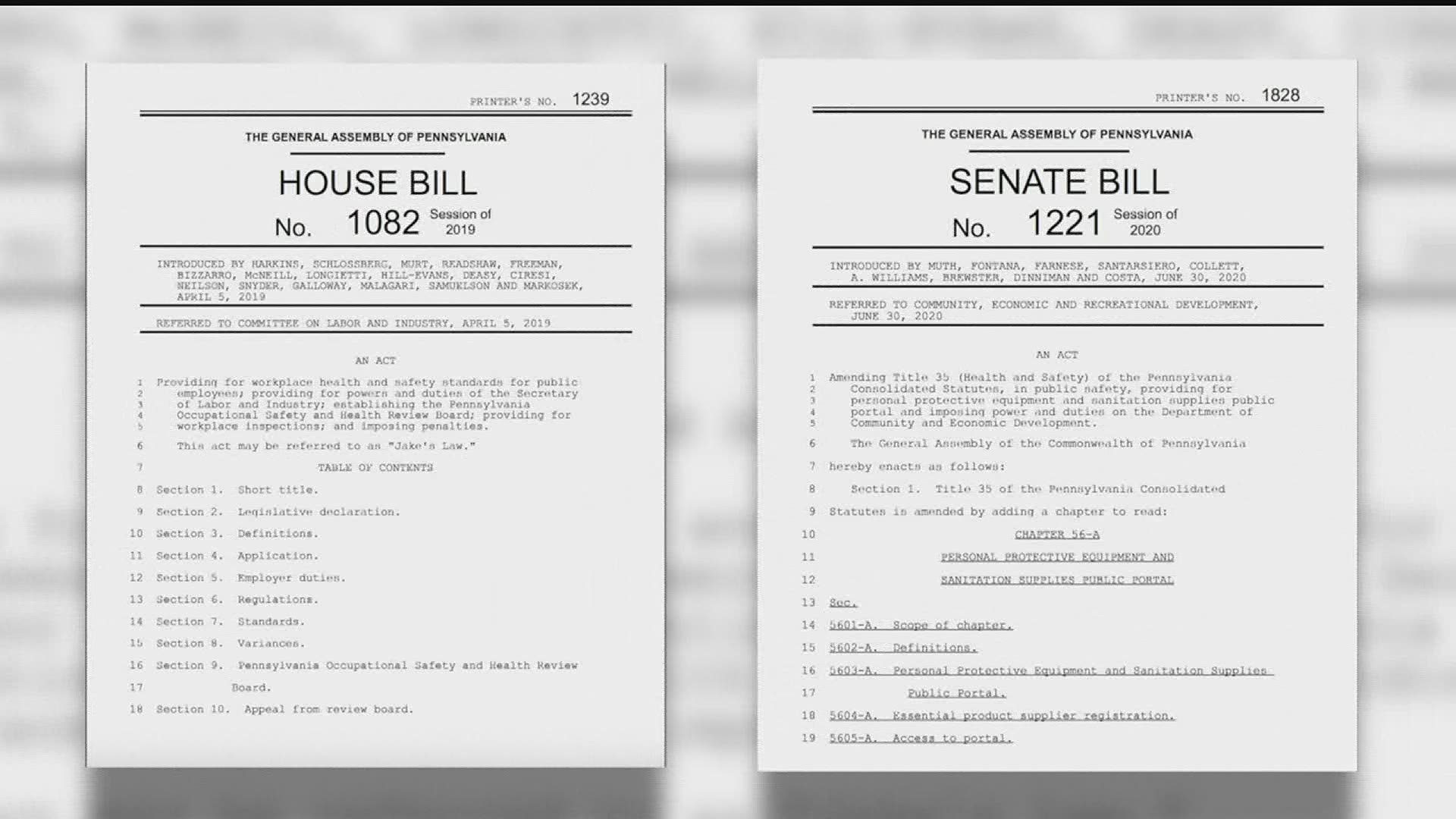 Lawmakers and testifiers discussed ways the legislature can protect workers as they continue to serve their communities during the COVID-19 pandemic.

"It's something that we need to keep updating as we talk about re-opening and if that's safe," State Senator Katie Muth (D), who represents parts of Berks/Chester/Montgomery Counties, said. "I think as we move forward, having the worker input is imperative to this, to the specific situations they face based on industry."

Input from people like Chris Naylor, who is the Legislative and Politics Director of United Food & Commercial Workers 1776 Keystone State. It's a union that represents workers in various industries deemed 'essential' during the pandemic. So far, 831 members have contracted the virus.

In addition, Naylor said they need to figure out ways that mask usage in public spaces can be enforced, as workers are exposed to people who refuse to wear masks daily.

"When you hear people call from different walks of life and say that when they encounter something they're told to contact OSHA about their working standards, and you inform them that there are no working standards in place through the OSHA system for the public sector worker, they're stunned," Harkins said. "People look at you like you have three heads."

Another bill that was discussed was Senate Bill 1221, introduced by Muth, which ensures sufficient PPE and sanitation supplies for workers and businesses.

Both of these bills remain in committee, as lawmakers remain in discussions about how to handle worker protections while keeping the economy moving.