'I have nothing, but I'm still human': COVID-19 poses challenges to the homeless

"If they have to close the homeless shelters, I don't know what we're going to do. I have nothing, but I'm still human. I just hope we can have a place to sleep."

The 57-year-old Beck and his buddy — also 57, and a military veteran — had just stocked up on some food inside King's Harvest Ministries' shelter on 3rd Street in Davenport. Both men are homeless. And both said they have become increasingly apprehensive as they hear news about the spread of COVID-19.

"They're closing down lots of places, lots of events — I heard that," Beck said. "They can close down all the basketball games. But if they have to close the homeless shelters, I don't know what we're going to do.

"I have nothing, but I'm still human. I just hope we can have a place to sleep."

Humility of Mary homeless shelter and the King's Harvest Ministries shelter, which handles nightly overflow from Humility, will continue to provide overnight housing for the homeless. Humility has been sheltering 70 people per night, while King's Harvest has been at 60 per night.

Both are at capacity.

While the shelters will remain open, changes have been made to routines at two Davenport food pantries.

Cafe on Vine announced Friday it will temporarily close its dining hall. The free-meals fixture at 932 W. 6th St. will only offer to-go meals served from the kitchen's back door.

"Cafe on Vine wants to be available to anyone in need of a meal," said Waunita Sullivan, the executive director of Cafe on Vine. "Due to a confined dining hall and the close proximity of human contact, the closure will decrease exposure of COVID-19 to guests, volunteers, and personnel."

Starting Monday, the meals served daily at St. Anthony's Catholic Church on 417 N. Main St. will be distributed as carry-outs only.

"We thought what Cafe on Vine decided to do made a lot of sense, and it was something we decided to do because we have a very small, enclosed dining area," said John Cooper, the pastoral associate at St. Anthony's.

"We just want to take extra precautions," Cooper added. "We do have an area with picnic tables where we will invite people to sit out in the fresh air if they want to sit down."

While Cafe on Vine and St. Anthony's were making decisions, The Hunger Housing Health Task Force met Friday morning to plan strategies for dealing with the threat of COVID-19. During the meeting, it was decided to cancel a homeless retreat planned for this weekend.

"We had to cancel the retreat, and we talked a lot about trying to keep people out of confined spaces if at all possible," Cooper said. "After a homeless person spends a night at Humility, they typically go to the community room, then the food pantry, then on to a library, or a bus stop, or they just walk around."

Humility is a 24-hour facility for those individuals enrolled. Ashley Velez, Humility's executive director, said the shelter has asked volunteers to stop showing up, and the facility's drop-in center is closed to anyone not staying overnight.

According to Frank Shinn, keeping surfaces and hands clean is the "top priority" at King's Harvest. He and his wife, Elle, run its meal program.

"Honestly, that's the top priority all the time," Shinn said. "But we have kind of doubled our efforts to talk about washing and trying to keep clean."

Beck said he is dealing with even more anxieties since COVID-19 reared up as a health threat.

"I want a job," he said. "I want to get out of here. This coronavirus stuff is another thing to make you feel like you don't have any control over anything.

"You never wanna get sick out here. Especially now, I guess."

RELATED: Why we're closing schools, avoiding events, and suspending the NBA season to stop the coronavirus 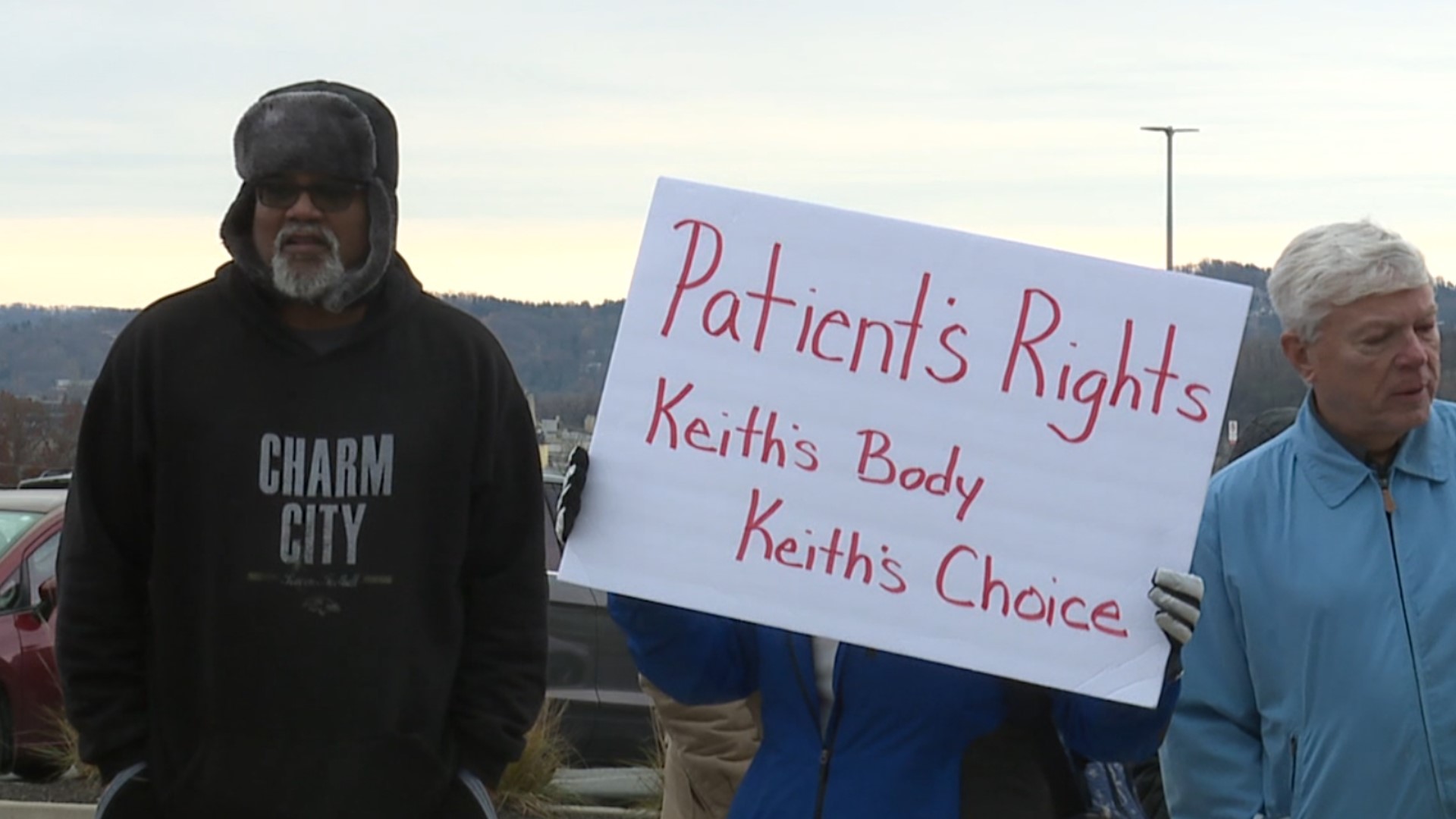