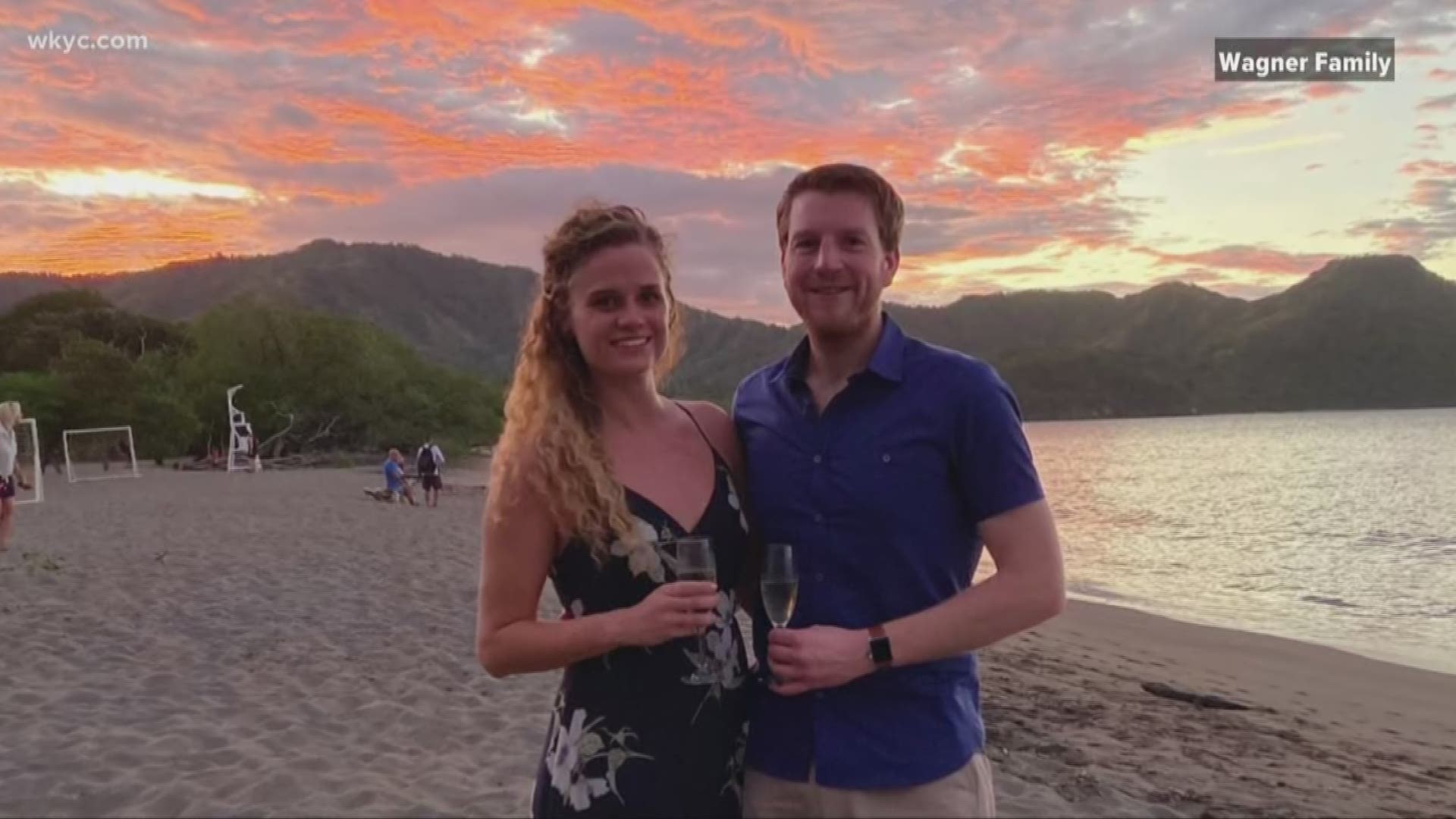 WADSWORTH, Ohio — A bachelor party, a quarantine and the determination to make it work.

One local love story is proof that separation can make the heart grow fonder.

“We've been long distance for two and a half, almost three years so we're used to not physically being present with each other,” says Michelle Wagner.

As the couple walks, separated by a side street, their new distance tells a different story.

“Two weeks ago, I was in the UK on my bachelor party,” says Peter Skinner with a scarf wrapped around his nose and mouth.

The infamous weekend of freedom for Skinner was so he could visit his home and his friends, but it was cut short after the announcement that traveling from the UK to the US was banned.

“Fundamentally, we have no idea how long the ban is going to last so we either get you back now or we potentially don't get married on the planned date,” Wagner says she told her fiancé.

One flight and a ten-hour drive later, he found his way to the basement of his future in-laws.

He had to self-quarantine for the recommended 14 days.

“The first time we interacted face to face was 15 feet apart across the driveway,” Wagner says. “It was just really strange, especially since he was feeling fine.”

“I've had no symptoms whatsoever which is a relief given that at least three people I saw that weekend in the UK have had coronavirus type symptoms,” Skinner says.

He’s feeling good 12 days into his isolation, getting settled in his new temporary living quarters but date nights look a little different now.

They walk together but not close enough to touch, food drop-offs happen from a distance and he eats dinner with the family through a video call app.

The couple’s outlook and plans for the May wedding are still intact, though.

The plan for now is to include Skinner’s family and friends from the UK a little later down the road.

“We're just picking up everything and having a reception as a one-year anniversary party,” Wagner says.

Two months before a wedding, this isn’t the sort of stress they imagined.

“The wedding ring was going to have some form of family connection so that was supposed to be coming out so I've had to phone around even just to get the ring,” Skinner says.

It seems the separation has only brought them closer and ready to start a new life, coronavirus free.

“It kind of strips things down to what's really important and if you can't control the chaos around you, you can still make the most of it.”