Both CEO's of Pfizer and Moderna have reported the likelihood of booster shots for the COVID-19 vaccine to boost immunity and fight off variants. 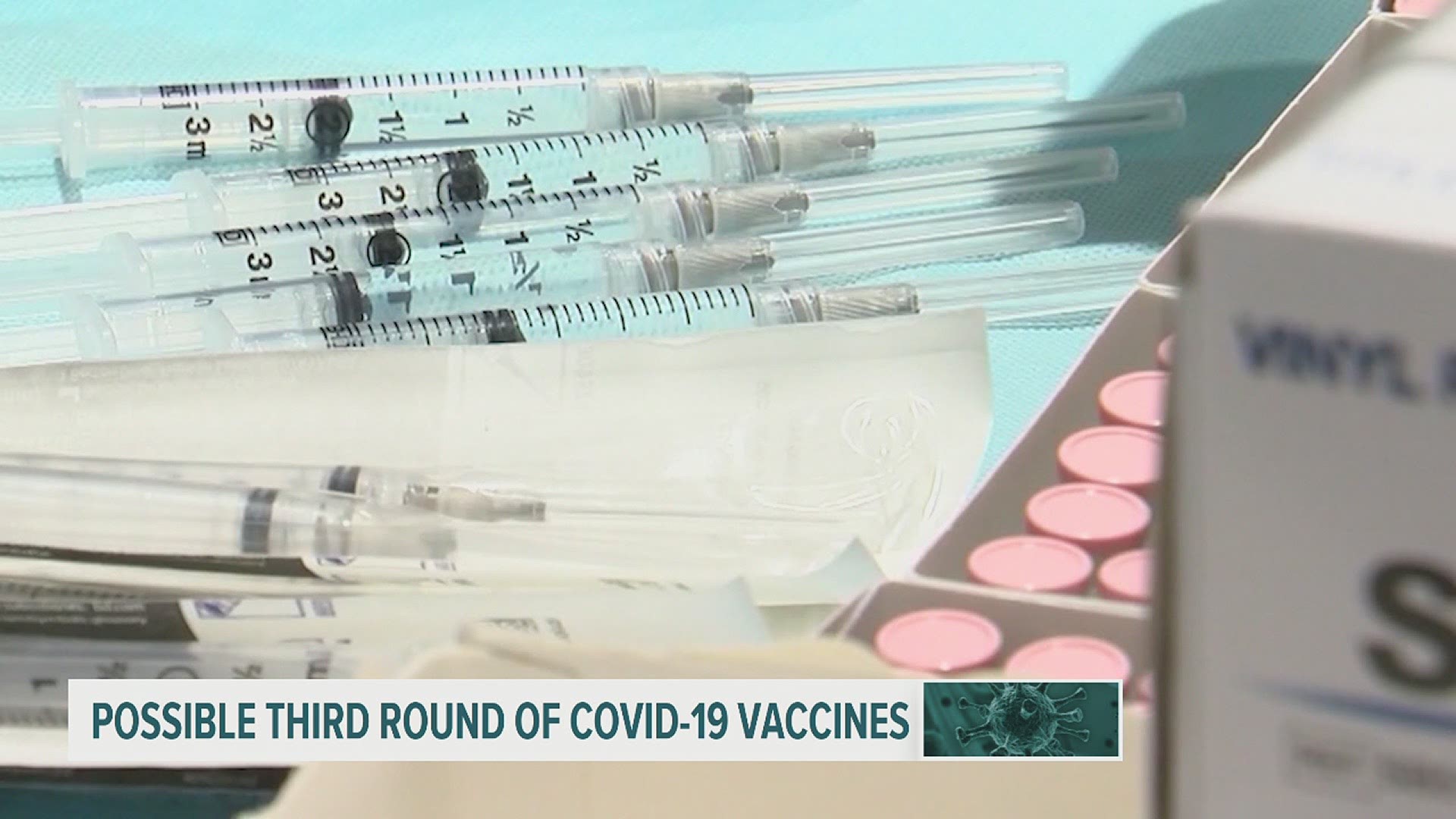 HARRISBURG, Pa. — COVID-19 cases and their variants continue to surge across the country and the commonwealth.

In the meantime, millions of the COVID-19 vaccines have been administered as more than 2.6 million people in Pennsylvania are fully vaccinated.

As more and more people get the shot, there have been reports of a third booster shot for Pfizer and Moderna.

In a conversation hosted by CVS Health, Pfizer CEO, Albert Bourla said another dose of the vaccine may likely be needed within one year of the initial doses.

FOX43 spoke with medical experts in the Central PA region and they agree with Bourla as they say variants of any disease change yearly.

"We're probably all going to need some sort of a booster sometime as they re-engineer what's in the vaccines for the newer variants and we do that with the influenza vaccination now," Dr. William J. Curry of Penn State Health.

Infectious disease physician Dr. John Goldman of UPMC agrees as he says but also stresses the need to take the COVID-19 vaccine now because it is still effective for old variants.

The Department of Health has also weighed in on the matter saying:

"At this time, the Pennsylvania Department of Health has not received official information from the CDC about additional booster shots to the Pfizer-BioNTech vaccination. We will continue to closely monitor the evolving information.”

In addition to Pfizer reporting the likelihood of booster shots, CEO of Moderna, Stephane Bancel has said the company plans to have a booster shot available by this upcoming fall.