Update: Round the Clock Diner licenses were reinstated

The Department of Agricultural said Round the Clock Diner's locations were given two warnings before their licenses were revoked, but actually temporary suspension. 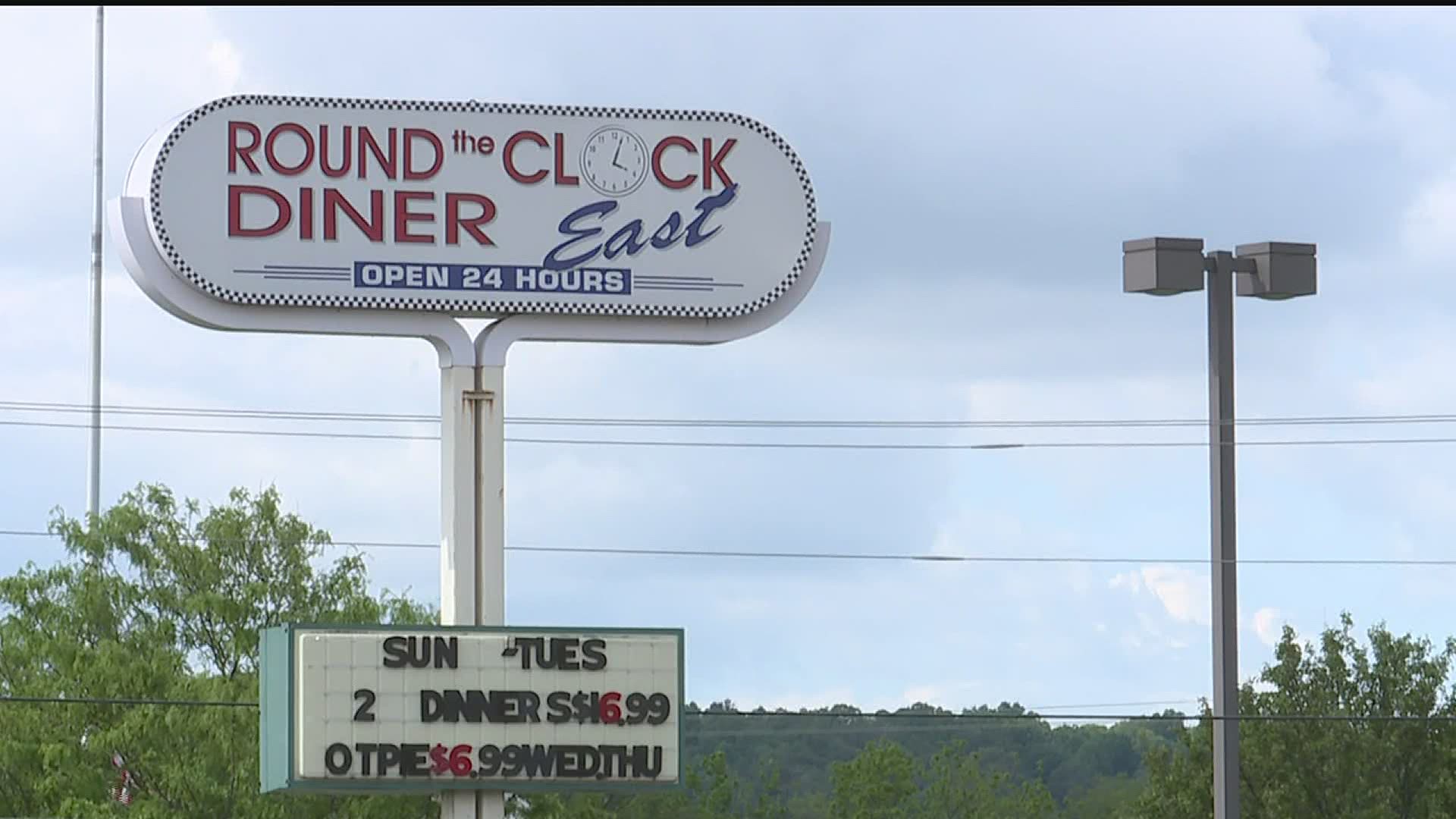 YORK COUNTY, Pa. — Update (July 3): Both retail food licenses for Round the Clock Diner were restored when York County entered the green Pphase, according to the Department of Agriculture.

(June 2): Both Round the Clock Diner locations have been fined again for operating while its license was under suspension.

According to the Department of Agriculture spokesperson, inspectors with the Department returned to both locations on Monday and found they were operating with a suspended license.

Owners were fined $2,000 for each restaurant.

(May 28): Both Round the Clock Diner locations have been fined $1,000 for operating while its license was under suspension.

Department of Agriculture Press Secretary Shannon Powers said food safety inspectors went to both restaurants on Tuesday, May 26 and found that both were operating while its license was suspended.

A civil penalty of $1,000 was imposed for both restaurants.

If the restaurants continue to operate without a license, separate penalties could be imposed and fines can increase with each violation.

The businesses have the right to appeal, but the restaurants cannot be in operation when appeals are pending.

Powers previously said that "A business can have its suspended license restored by ceasing dine-in service and undergoing a follow-up inspection to confirm that they are no longer violating the public health order."

(May 23): The Round the Clock Diner, located on Route 30, is open today despite the consequences they're facing from the Department of Health.

Since Mother's Day, Round the Clock Diner in Manchester Township and Springettsbury Township, York County have offered dine-in services. The county is still in the yellow phase which doesn't allow restaurants to have fine-in service.

According to the Department of Agriculture, on Friday, the diner in Manchester Township had their license revoked.

“Department food safety inspectors did follow-up inspections at two Round the Clock Diner locations in York on May 20 and found the businesses still in violation of Governor Wolf’s March 19 executive order. Both locations were issued second warnings on May 21, and told that their licenses would be revoked if they did not comply with the second warning. Today, the department revoked both businesses’ licenses," said Shannon Powers, press secretary.

Round the Clock Diner's license wasn't revoked. They received a notice of temporary emergency suspension. Pennsylvania State Representation Mike Jones says there is a lot of misconception. Revoking a license is a much longer, drawn out process saying the state went against their protocol.

“They are long way from having anything revoked. There’s warnings followed by inspection followed by possible action," said Rep. Jones.

Friday morning, the owners of the Manchester Township Round the Clock appeared on Fox News', "Fox and Friends." It wasn't too long after they received the letter from the Department of Agriculture.

“It was never part of the deal that the government gets to put people out of business,' said Rep. Jones. 'This is unconscionable. Licenses where never intended to be weaponized against entire industries and emergency orders were never intend to be this broad and this longstanding. With virtual no message of end in sight. Business owners went above and beyond. They shut down. They complied but it wasn’t part of the deal that they never would be able to reopen.”

According to Representative Jones, Round the Clock is following the guidelines inside by having employees wear masks, social distancing inside and cleaning procedures.

Limiting the amount of people inside. A viewer sent us a picture and commented that the line was out the door and no one appeared to be wearing masks or maintaining a safe distance from each other waiting to get a table inside.

Credit: WPMT
Round the Clock Diner

FOX43 reached out to York County District Attorney Dave Sunday to find out what he can and can't do to enforce any violations.

He said he could prosecute a $200 citation, but will not do that in accordance with a memo to the local police chiefs.

The Department of Agriculture had previously warned both locations two times, once on May 14th, then on May 21, before revoking their licenses on May 22.

Department of Agriculture secretary Shannon Powers said that the diners were specially told the second time they were warned that their licenses would be revoked if they did not comply with the warning.

According to The Department or Agriculture's restaurant enforcement actions, if the restaurants continue to operate, a citation will be filed with the magisterial district judge. The department can also pursue civil penalties of up to $10,000/day.