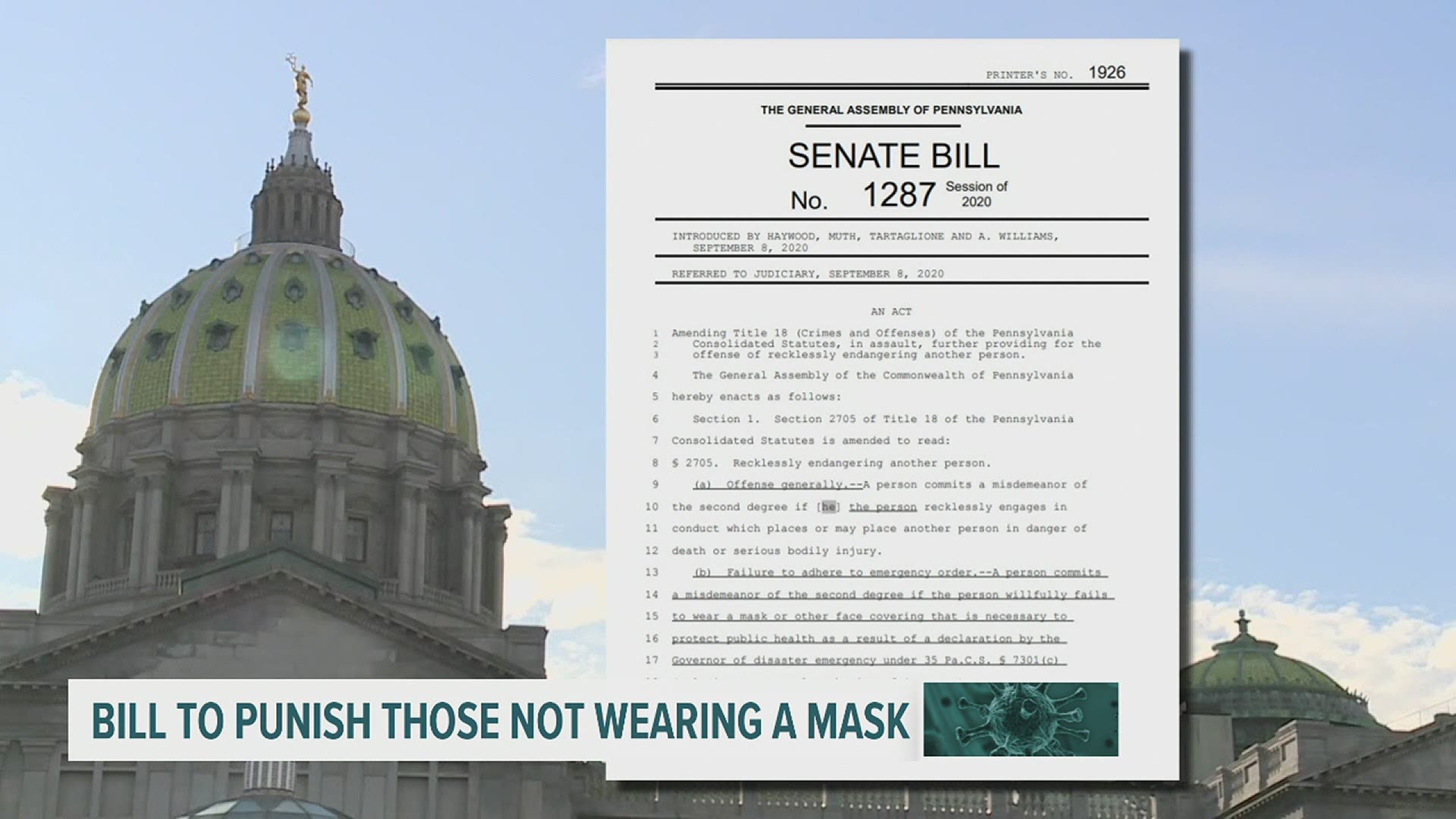 PENNSYLVANIA, USA — If you refuse to wear a mask, you could soon pay the price.

New legislation, Senate Bill 1287, has been introduced that would punish those who don't wear a mask in public with a misdemeanor and other fines.

"It seemed to me that we needed the maximum compliance to prevent the spread," Sen. Haywood said. "That's what Dr. Fauci and the others were saying."

Sen. Haywood said too many people aren't wearing masks and he says its leading to further spread of COVID-19. It's a problem he fears will only get worse following a western Pa. federal judge's ruling that some of the governor's pandemic restrictions were unconstitutional.

"And so the need to have masks on now is even more pressing now than any other time since it looks like there's going to be these large gatherings," Sen. Haywood said.

Sen. DiSanto opposes the bill, calling it both unconstitutional and unrealistic.

"I think it's unfair and unjust to ask the police to enforce an order that's really unenforceable," Sen. DiSanto said.

"Just because there's some non-compliance because we can't catch every traffic violator, doesn't mean we should do away with the stop signs," Sen. Haywood said.

If passed, not wearing a mask in public could be punished by a maximum of two years in prison, which is another point of contention for Sen. DiSanto.

"Ya know I believe we should be wearing our masks, and that it's the safe thing to do," Sen. DiSanto said. "But at the same time I think that it is just ridiculous. I don't know how else to put it."

Sen. Haywood said most offenders wouldn't receive a maximum sentence, but the threat of punishment could lead to more compliance and more lives saved.