The death toll from the Wuhan Coronavirus surpassed 1,000 and with a rising number of cases worldwide, fears surrounding the outbreak are affecting local businesses. 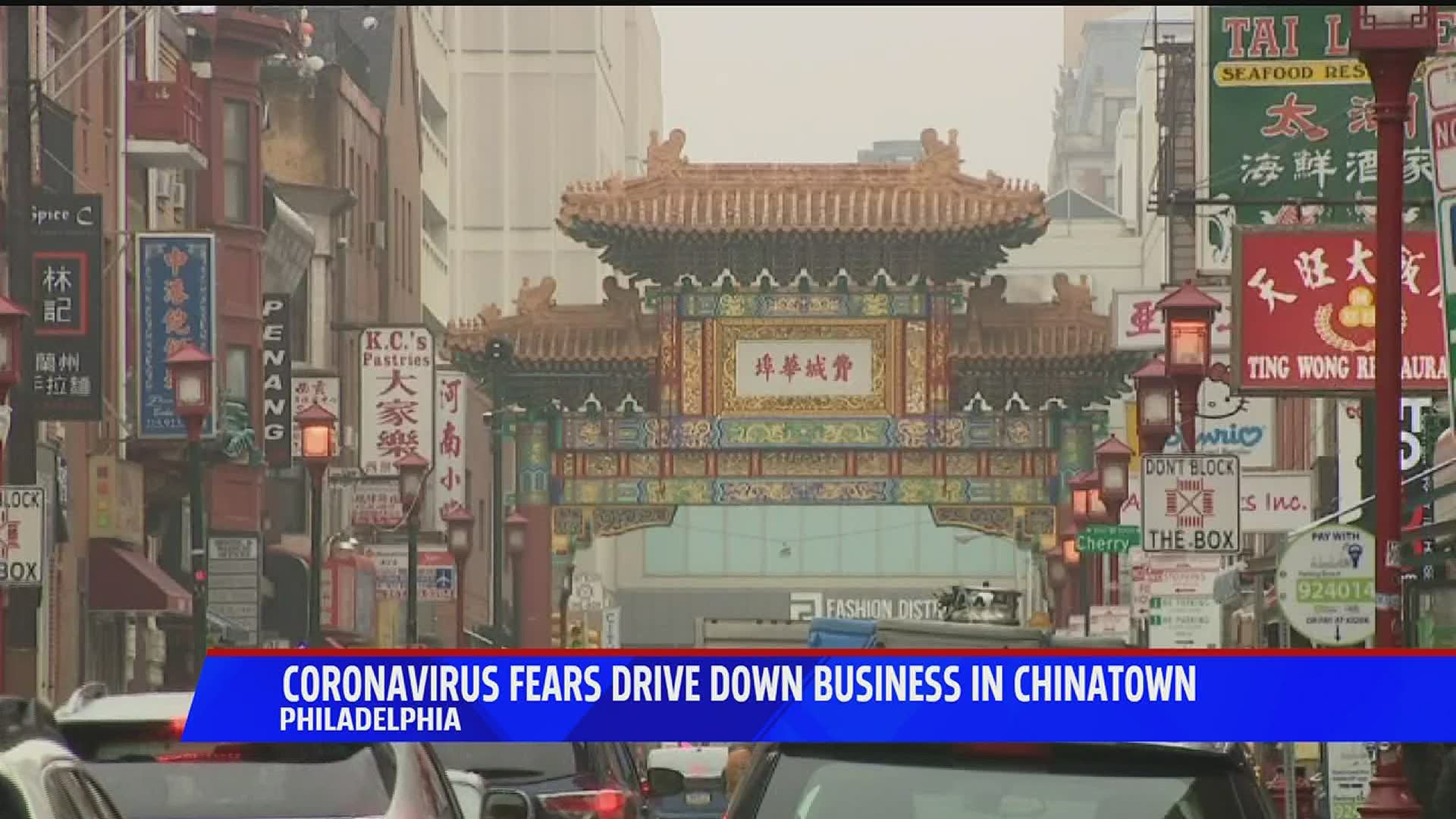 More than 43,000 cases have been confirmed worldwide, the vast majority being in mainland China. The 13th case in the U.S. was confirmed yesterday.

Thousands of people are quarantined on cruise ships, military bases, and even cities to contain the outbreak. While the Coronavirus has not been confirmed in Pennsylvania, fears surrounding it are starting to have an impact on businesses here.

Post Bridal, a local wedding dress shop in Lancaster, imports its gowns from China. Amid fears of the Coronavirus, some factories that manufacture the gowns have shut down. About 70% of wedding gowns sold in the United States are manufactured in China, Post Bridal president Janell Berte told FOX43.

"I know there are manufacturers that have been issuing claims of being pushed back as far as dates are concerned" she says.

Berte has been making calls with Chinese manufacturers to make sure her shipments are in on time.

"We're just excited it's not effecting us...we don't need that pressure too," she says.

While her business appears to be doing OK for now, Berte admits the next wedding dress shop might not be so lucky. She says any brides should buy their gowns at a brick and mortar store, instead of online, because online orders can be canceled. But, stores can help them find another dress if something were to happen to one they ordered.

In Southeastern Pennsylvania, Philadelphia's Chinatown has seen a drop in business since the outbreak began. Some people are canceling food orders and avoiding Chinatown altogether out of fears they could catch the Coronavirus from someone who was recently in China.

""They just lost four orders of banquets because of this," said Margaret China, chair of the Philadelphia Chinatown Development Group.

In an attempt to bring down any other fears surrounding the Coronavirus, Philadelphia Mayor Jim Kenney and other members of his cabinet dined in Chinatown last week.

"Were trying to get the word out through the media that Chinatown is safe, the city's safe, the state's safe, the country's safe, everybody should relax," Kenney said. "We have enough strong public health services to make sure that nothing gets out of control."

It's not just Pennsylvania businesses. Global industries are feeling the impact from those fears as well. The financial service company S&P Global Ratings estimates the outbreak will reduce auto manufacturing production in China by 15% in the first fiscal quarter.

China ordered car plants across the country to remain closed following the Chinese lunar new year, when the outbreak first started to become a major problem. Toyota said it would keep its factories closed until at least February 17th, but it's possible it will last longer than that.

Apple is also taking a hit from Coronavirus fears. The tech giant's manufacturing partner, Foxconn, is keeping its factory doors shut. One analyst from Wedbush Securities says this will "disrupt the supply chain" for products like Iphones and Airpods, and for every week the factories are closed Apple could lose one million Iphone sales. That would mean some three to five million Iphones wouldn't be produced this fiscal quarter, bringing total production to 40 million.

Philadelphia's Health Commissioner says people should be more worried about the flu than the Coronavirus, "There is a global public health risk, but were not seeing it in Philadelphia now. We also know this infection really does not appear to be that easy to spread."

The U.S. Centers for Disease Control and Prevention reports at least 22 million people in the U.S. have come down with a strain influenza this flu season. It estimates some 210,000 people have been hospitalized because of the flu, 12,000 have died from it and 78 of them are children.

Despite this, a member of the World Health Organization says the rising number of Coronavirus cases are nearing those of the flu. "It could become a pandemic," said Lawrence Gostin. "Fortunately, the death rate is low. It's actually on par with the flu. So, it's upwards of about 3% death. So it's not particularly lethal. But the number of cases is rising and so we're going to see more deaths. We're going to see more illness. So we need to take it seriously."

Of the flu cases, WHO estimates three to five million are severe. As for the coronavirus, WHO estimates anywhere between 1,294 and 2,157 of those cases are "severe" and require medical attention.

Finally, 290,000 and 650,000 people die from flu-related respiratory issues every year, and 1,018 people have died from the Coronavirus in the last month.

Another point of emphasis: the flu can be prevented. Flu vaccines exist, there is no vaccine or cure for the 2019 Novel Coronavirus, and it's not likely there will be one within the foreseeable future.

RELATED: VERIFY: We look into claims about a coronavirus cure

Pennsylvania Health Secretary Dr. Rachel Levine says the risk of contracting the Coronavirus in the state is relatively low, right now. She also points out no racial or ethnic group is more likely to have it than the next.

RELATED: PA issues new guidance for those returning from China in light of coronavirus concerns