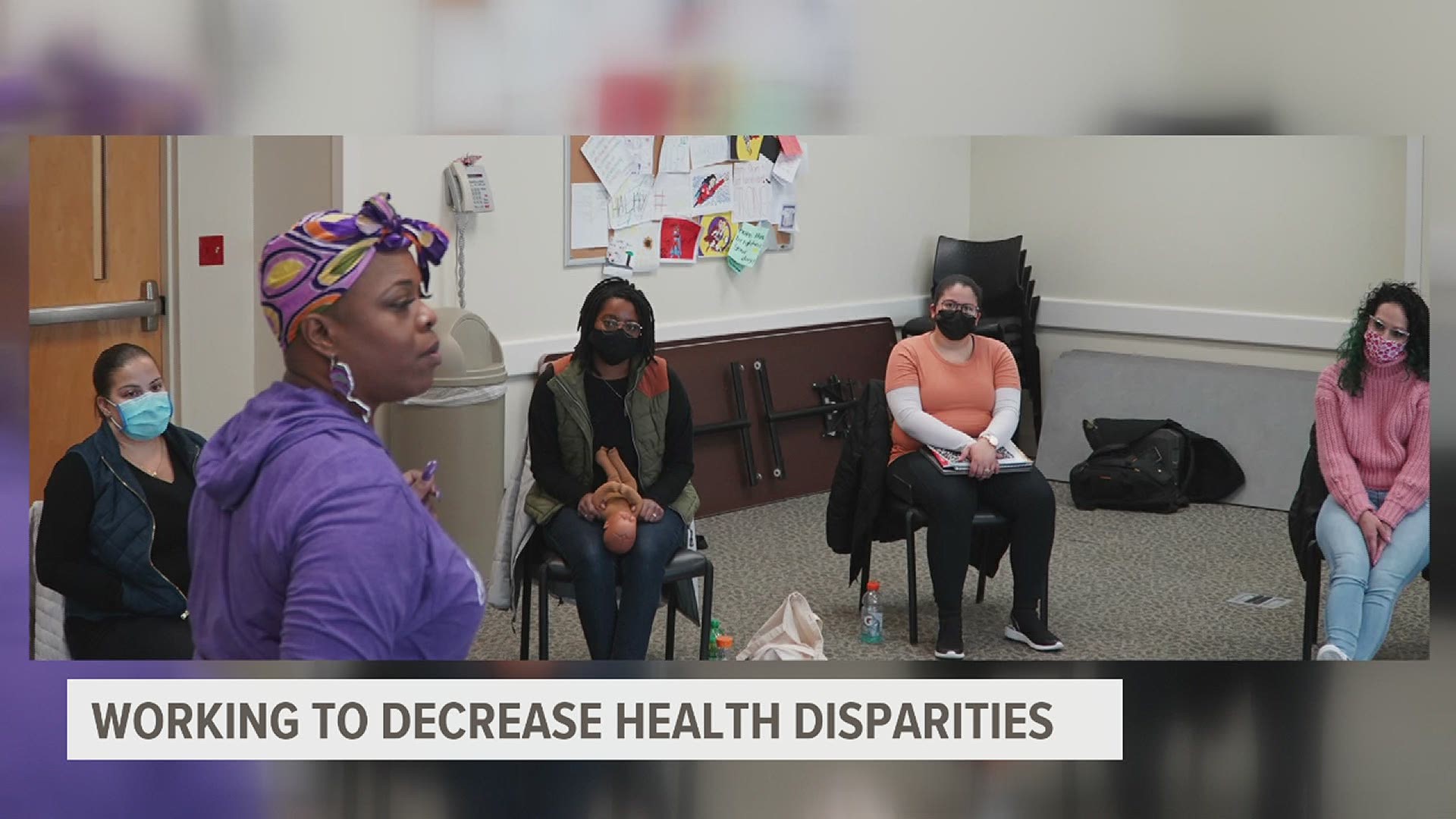 LITITZ, Pa. — Dr. Sharee Livingston knew at a young age that she wanted to help people.

"My great-grandmother, she and I were sitting at the breakfast table and she unfortunately suffered a diabetic coma, diabetic stroke and went into a coma," said Livingston, "I was sitting there because she was getting me ready for school. And in the very distant fibers of my memory, I recall that."

Dr. Livingston has now been an obstetrician gynecologist for over 15 years.

She says her journey was not easy, but thanks her upbringing and her education.

"I think the infusion of watching a single mother work so hard, having an older sister dote on me, having the Catholic background, being good in science and math, and having that very personal event happen so early," she said, "I think it was the infusion of all of those things creating this vector to become a helper."

While she has helped many for years now, there is an issue Dr. Livingston says that is impacting communities of color-especially women of color-greatly.

This problem has also affected Dr. Livingston in personal ways.

To spark change in the health disparity, Dr. Livingston joined "Patients R Waiting," an initiative that works to eliminate health disparities by increasing diversity in medicine.

Under this initiative, Dr. Livingston co-founded the "Diversifying Doulas Initiative," which works to put out two main goals.

Dr. Livingston says doulas can cost anywhere from $700-$1400, which can be cost prohibitive for many people with low socioeconomic opportunities.

The initiative has already provided doula services to 50 women in Lancaster and has increased the number of Black and Brown doulas to over 900%.

Dr. Livingston stresses that the work to eliminate this health disparity is just beginning and she is going to continue to advocate for the protection of women's health.

“It is at unacceptable levels right now, and as a Black obstetrician gynecologist I take that personally, and I am invested in reversing this trend," she said.

UPMC Lititz OB-GYN Dept. chair, Dr. Sharee Livingston says “we won't be able to completely eliminate Black and Brown morbidity and mortality, but we can decrease it.” Watch @fox43 news @ 10 to learn more of how she is doing just that. https://t.co/C6Yo0iR8fS pic.twitter.com/6SgQjzLPKs