HARRISBURG, Pa. – Harrisburg Police Department has struggled to retain officers on its force over the last couple of years. Now, the mayor and police comm... 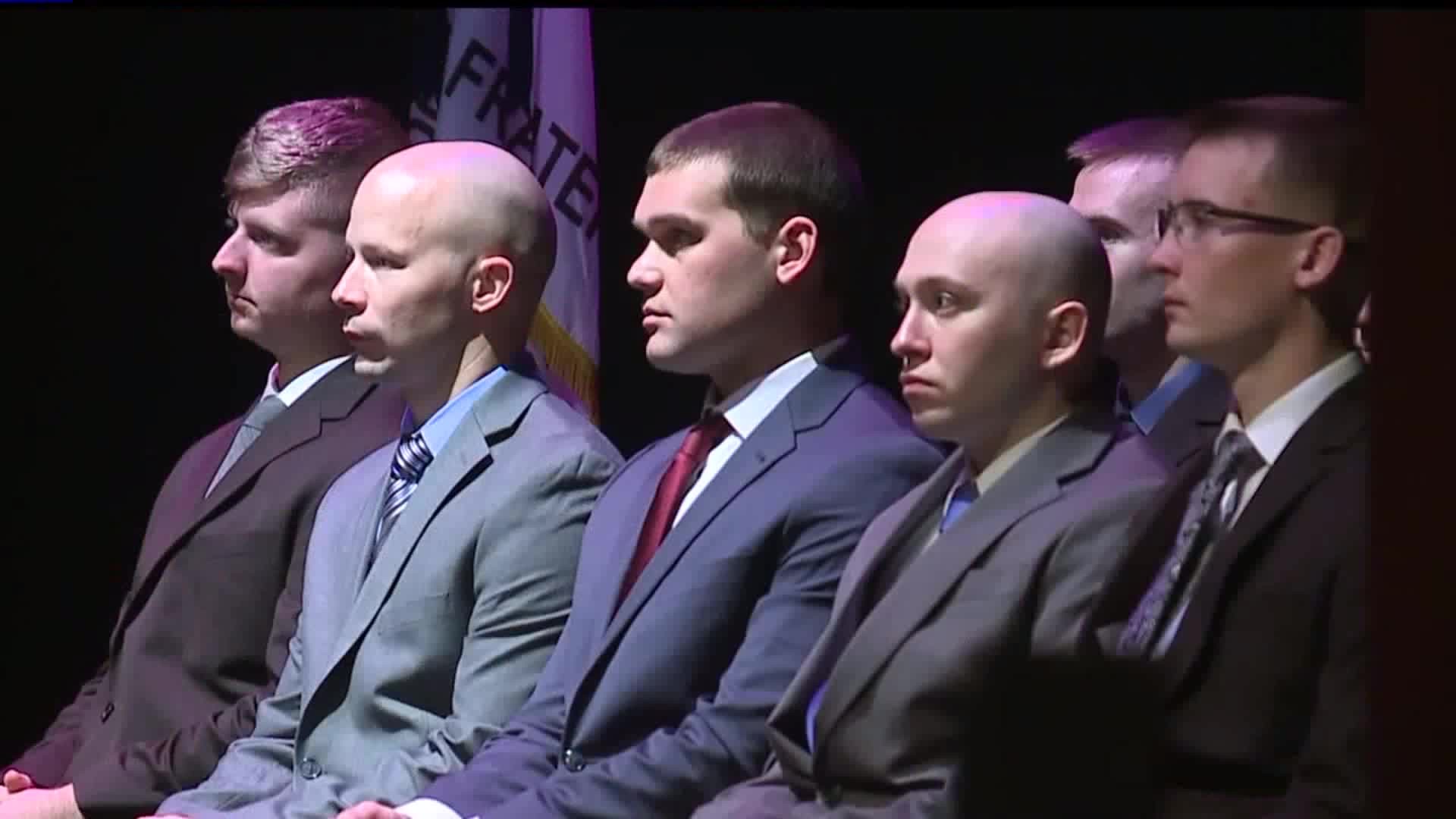 HARRISBURG, Pa. - Harrisburg Police Department has struggled to retain officers on its force over the last couple of years. Now, the mayor and police commissioner say they are slowly, but surely, rebuilding the force.

Ten new police officers were sworn in to the Harrisburg Police Department Thursday. Eighteen current members on the force were promoted. The ceremonies come on the heels of a new contract between the city and police department. An extra $1 million will go to increase police officer's salaries in 2020, while also making it easier for them to move up within the department.

"We are slowly but surely rebuilding the department, rebuilding our numbers," said Mayor Eric Papenfuse. "It's a time of great change for the Harrisburg Police Department, but it's also one of great opportunity."

The change comes as the Harrisburg Bureau of Police has struggled to retain officers on its force. Mayor Papenfuse says, since he became mayor about six years ago, the department gained about 70 new officers. But, in that same time period about 40 left. Many left for better paying jobs outside the city, which led city leaders to look for a solution.

"How can we create a climate in which officers will want to stay, develop and be promoted and spend their whole careers," asked Mayor Papenfuse.

It appears they have made progress in the right direction. Newly sworn-in officer Jeff Tetter says the contract is one of the main reasons why he chose the Harrisburg Police Department.

"I would love to be a detective in the near future, a couple years, let me get some years under my belt," said Tetter. "But, that's why I chose Harrisburg. I'm hoping to retire here. I love Harrisburg."

Police Commissioner Thomas Carter tells FOX43 he is happy with the new contract but will work to improve in the coming years.