The incident occurred around 5:30 p.m. Monday evening near the intersection of 17th and Market Streets. 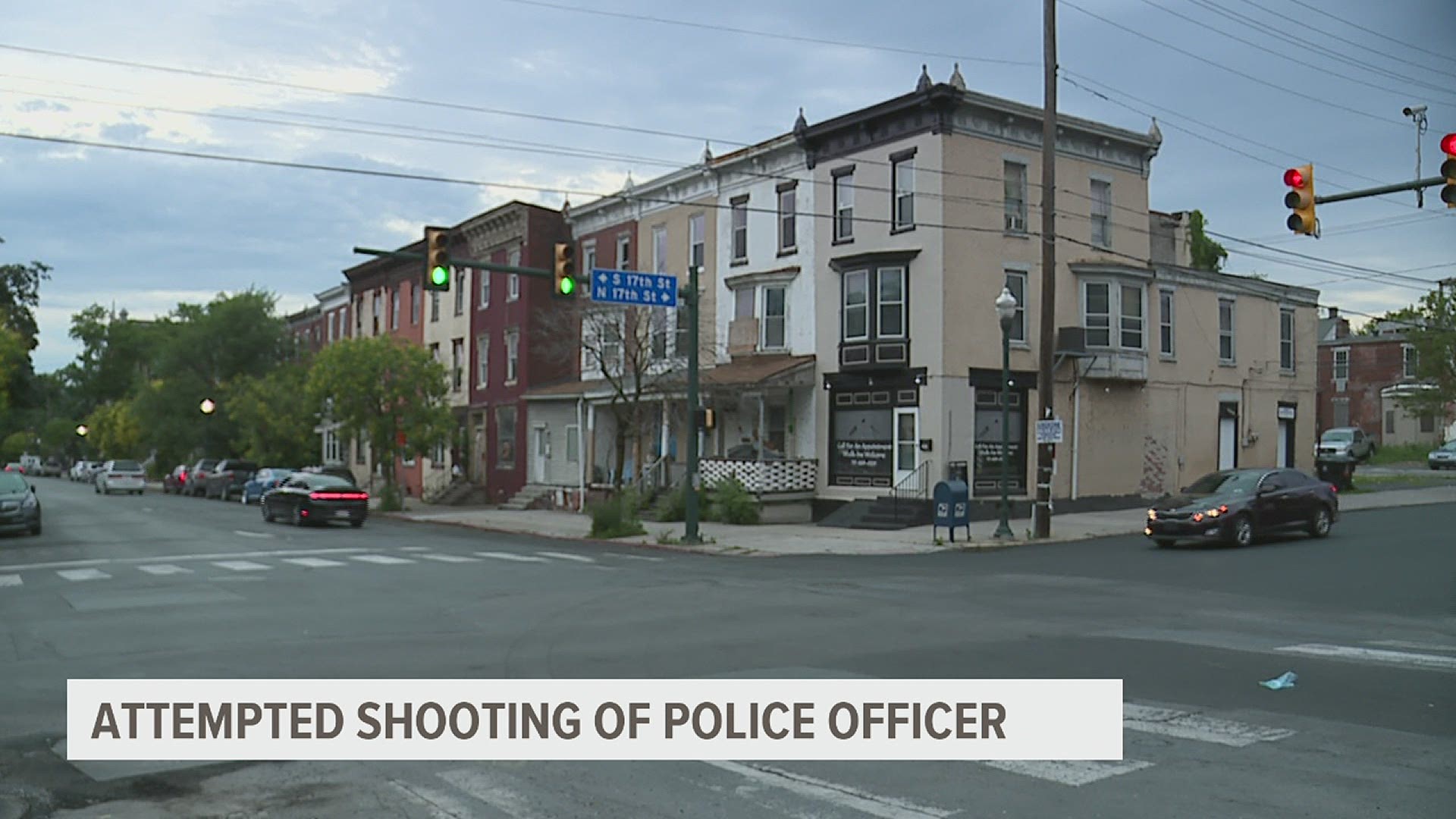 HARRISBURG, Pa. — Harrisburg police arrested one man and are searching for another after one allegedly attempted to shoot a semi-automatic rifle at them.

The incident occurred around 5:30 p.m. Monday evening near the intersection of 17th and Market Streets.

Harrisburg Police officers had stopped to talk to a group of people acting "suspiciously" when the group began to flee. One man was seen raising an assault-style rifle and pulling the trigger. However the gun did not fire.

"Anytime someone tries to shoot someone else, it’s very serious," said Dauphin County District Attorney Fran Chardo. "But someone that attempts to shoot a law enforcement officer, we can presume they are a menace to anybody."

No one was injured, according to Harrisburg Police.

Police took one man into custody.

The man seen pointing the rifle is still being sought, Chardo said.

A semi-automatic rifle and a pistol were recovered during the investigation.

Assault of a law enforcement officer is a first-degree felony in Pennsylvania punishable by up to 20 years in prison.

RELATED: One person injured after shooting at store in Harrisburg