As Harrisburg goes "100% online" to start year, school board member questions if sports should wait as well

Jayne Buchwach says Harrisburg families should be prepared to not see any high school sports until the spring. 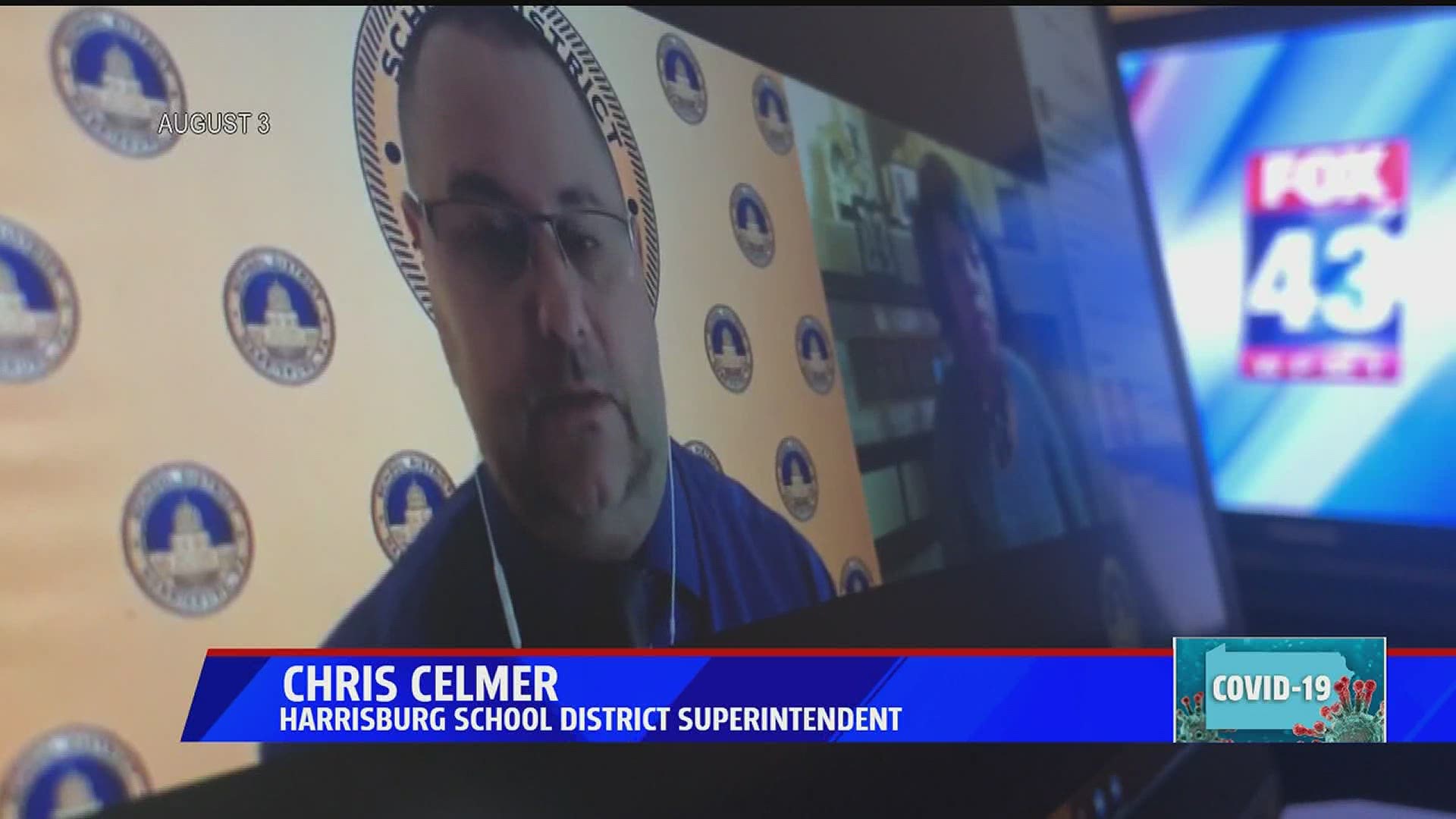 If Harrisburg School District students are avoiding the classroom because of COVID-19 concerns, school board member Jayne Buchwach feels they shouldn't be on the playing field either.

Harrisburg administrators will make their Health & Safety Plan presentation for the 2020-21 school year to the school board Monday night. Superintendent Chris Celmer unveiled the plans on a school YouTube video on July 30, saying the school district plans to start the year "100% online."

Families will have to choose one of two options for their children. The first, called "Option A", sees students start the year learning virtually, then transitioning back into the classroom when the school district deems safe, through a hybrid model of two days in class, and three days at home. The school will be sanitized twice a week.

"Option B" will be entirely virtual, as kids will enroll in Harrisburg's new cyberschool, the Harrisburg Virtual Learning Academy.

"I know it's a difficult decision," Celmer said in a recent Facebook Q&A with the school's public relations coordinator. "This puts certain families into a predicament as to what they're going to do with their young learners."

Buchwach emphasized she doesn't speak for the entire school board, but called the plan "very logical" and "very cautious".

She highlighted the school district's growth and preparedness since having to go entirely virtual to end the 2019-20 school year in the spring. Starting August 14, Buchwach says any student who will need a laptop for virtual learning will be able to pick up a Chromebook. The school district is also offering free WiFi in school parking lots, and there are early discussions to allow students to learn in community centers and churches if their parents cannot stay home to watch them during school hours.

However, if Harrisburg goes entirely virtual to start the year, Buchwach says sports need to stay on the bench as well.

"I believe we should be prepared to not have sports at least until the spring," she said. "It’s totally illogical to me to have all your classes online, and yet turn around and put kids, and their coaches, and whoever - parents - in that predicament where we are now playing sports."

Buchwach's opinion echos that of Governor Tom Wolf, who last week said if schools are entirely remote to start the year, they shouldn't be playing sports either.