York, Pa.  – A group of graffiti artists is using the walls of York and other areas as canvasses to create visual experiences for the community. York Bomb... 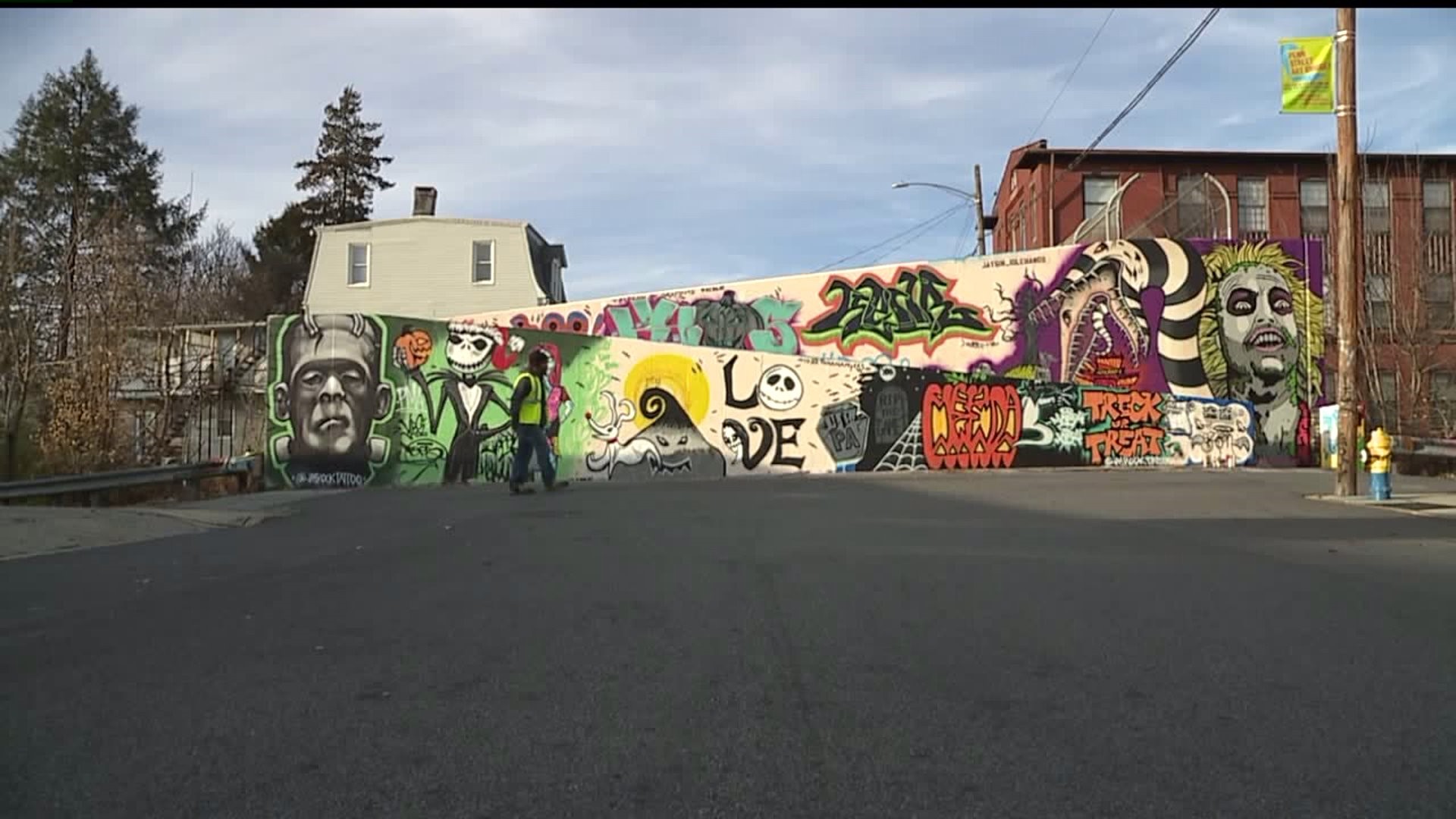 York, Pa.  - A group of graffiti artists is using the walls of York and other areas as canvasses to create visual experiences for the community.

York Bomb Squad president, Jay Rock is giving back to the city every week. Rock and other local artists have displayed a lot of their artwork around town, mainly the Penn Street Art Bridge.

"It was an idea of mine to just form a crew that did stuff strictly for the city, and we donated our time at the bridge, we donated our paint to try and brighten up the city a little bit," said Jay.

"Yes, they're giving around town and showing their love in York City," said Sylvia Kelly, York resident, "Anytime you that have any group of people that are putting good out there, they need to be promoted and they need to be lifted up."

The murals have received more positive feedback than negative ones.

"York is a great city, it's getting a bad rap and I'm pretty sick of it," said Jay, "It's just time for somebody to start putting some positive and the energy around here. That's my skill so I think of positive ways that I can help the community and give them something good to look at."

Penn Street Art Bridge is a safe space for artists to paint and share their work with the community at any time. You can find it at the intersection of North Penn Street and Gay Avenue in York.