'Nothing this big': Huge snake discovered in York County

It's a big mystery, and it's just a little creepy, according to neighbors. How did a 15-foot python end up dead in York County? 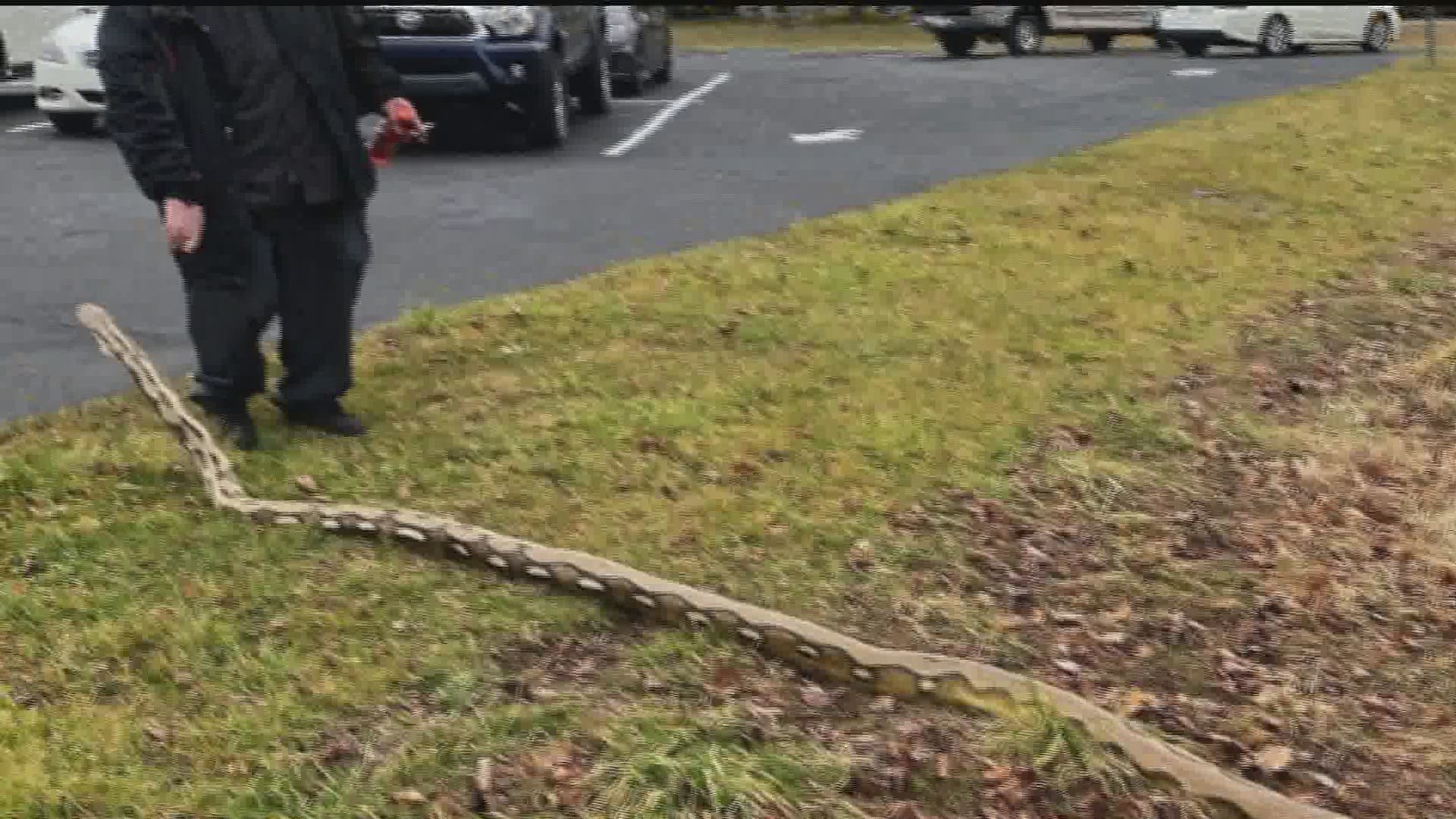 YORK COUNTY, Pa. — Springettsbury Township Police are calling it the "strange call of the day".

How did a 15-foot python end up dead near homes in part of York County?

On February 6th, 2020 at approximately 2:00 pm Springettsbury Township police officers were dispatched to the 1500 block of Whiteford Road for the report of a large snake in a wooded area.

People FOX43 spoke with say it's just a little creepy.

"Yeah, especially in York County, we're not living in the rain forest or anything, so I mean, it's not something you see every day," said Brady Prowell, who found the snake.

Prowell is one of the businessmen who found the snake; it was curled up in the woods just off Route 30 in Springettsbury Township.

"I went up to it, touched it a little bit, got a feel for it -- the rest is history," said Prowell.

Police say they never dealt with a 15-foot dead python.

Lt. Wilbur is not the officer seen holding the dead snake in the photo, but he was on scene.

"The gentleman that was holding it -- he's not afraid of snakes, but me, on the other hand, no, I'm not a fan of snakes," said Wilbur.

Did the snake escape its house? Or did its owner leave it here after it died?

Lt. Wilbur says they did not receive any calls for a snake slithering through the area, which leads police to believe the latter.

"I have little kids," said Herb Stevenson. "That was my main concern- if it was to jump on a kid, it could probably jump on kids and eat a kid."

"Obviously, if you saw it slithering down the roadway, somebody would call," explained Lt. Wilbur.

It's apparently not the first big snake to be spotted in Springettsbury Township.

"I was walking my dog last summer, and I came across a huge skeleton of a snake. Definitely a skeleton. If I could count the spines, it seemed like a few thousand spinal pieces."

The 15-foot python didn't shock Stevenson, who sells homes in the area.

"I wasn't surprised, because I also saw a third snake in somebody's house," explained Stevenson. "It was in a jar pickled, and it was really big, and it concerned me."

Police say the snake was disposed of after the incident.