Gettysburg Reenactment canceled because of Glenn Beck’s visit to Gettysburg, but promised for 2021 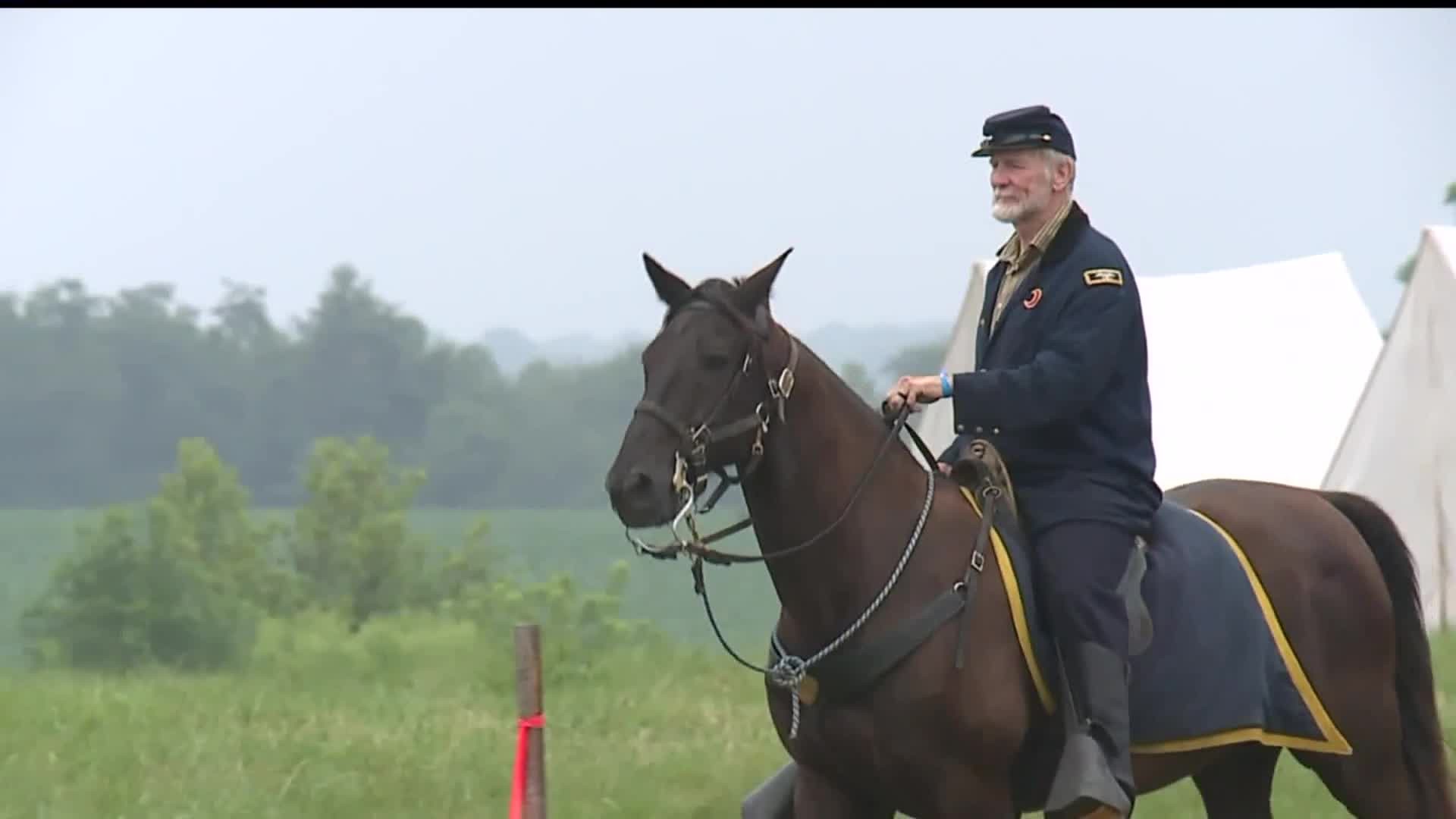 He also wants everyone to understand, he isn't giving up on organizing the reenactment either, despite canceling it this year in light of the Beck event.

"I think the biggest thing is that we're not quitting or anything like that," said Heisey.

Heisey realizes the decision to cancel the Gettysburg Reenactment for 2020 is garnering criticism, especially after he promised to keep the event going last year when the Gettysburg Anniversary Committee announced it would no longer organize it. But, when he heard the "Restoring the Covenant" event featuring Glenn Beck was coming to Gettysburg on the same weekend that the reenactment was scheduled, Heisey said he became worried about safety.

Read more about Heisey's vision for the Gettysburg Reenactment.

"We're more concerned about, you know, what's going to happen with law enforcement, you know, emergency services, traffic control. You know, things like that," he said.

Heisey also worries about the safety of his participants and the crowd that would come to watch them.

"The safety is first and foremost, you know. I don't want to risk anybody who shows up to any event that I'm promoting or putting on and have to feel like they're looking over their shoulder. I want them to be completely comfortable and for us to create that kind of atmosphere we would have to put in ten times more security," he said, adding that more security would also mean higher costs.

Natalie Buyny of Destination Gettysburg told FOX43 the "Restoring the Covenant Event" featuring Glenn Beck is expected to draw nearly 20,000 people to Gettysburg the weekend of July 4th. She said it is also expected to be an economic boom for the area with the crowds visiting Gettysburg's sites and culinary scene.

"We encourage everyone to come here and experience the history along with our other activities," she said, adding there are a lot of things to do in Gettysburg over the July 4th weekend.

Buyny said Gettysburg is planning heightened security that weekend and law enforcement is working closely with the event's coordinators to organize the response.

Heisey said he does have concerns, however, that the weekend could become politically-charged with the possibility of drawing protests and possibly distracting from the historic significance of the reenactment.

"We don't want to be bringing that into our event, taking away from the guys who lost their lives out there, left it all out on the field. So, we can't be taking those types of risks," said Heisey.

Heisey wants everyone to know he is committed to making the Reenactment a reality again. He said he has spent the past several months making constant phone calls and trips to secure financial backing and land. He said he has even secured a likely location for the 2021 reenactment at 965 Pumping Station Road.

But, even if a similar situation arises next year, he promises he won't cancel again.

"This (the Glenn Beck event) is supposed to be just a one-time event. You know, I don't foresee this being an annual thing. And, we as a staff have decided that even if there is this situation again, we're not going to cancel. We're just going to go through it because we will have more time to make the necessary adjustments," said Heisey.

Officials with Destination Gettysburg said they too look forward to seeing the reenactment take shape in 2021.

"I think the reenactment next year will be even bigger and better given that one year off. And, I think it will be a great event," said Buyny.

Heisey said he has organized reenactment events before and he has participated in reenactment events since he was 14-years-old. For 2021, he wants to bring the Gettysburg Reenactment back to a historical context with more teaching and interaction between participants and spectators. His team is already picking out scenarios to match the terrain of the land and looking into possible pyrotechnics.

Heisey thanks everyone who has supported him. But, for his critics, he said this, "give me a chance. Trust me a little bit. You know, we are dedicated to doing this. We are committed to doing this."

@glennbeck: I am sorry that he didn't feel confident in the crowd size. I know I am hoping those coming to Gettysburg see all of the sites and shop downtown. I know I would have loved to see the re-enactment myself this summer.

We want to do all we can to support Gettysburg and it's mission to engage the exciting generation in new and exciting ways. What the re enactments teach is important.

I will say, in reading what organizers hope to do to improve the realism of gun and cannon fire next year sounds impressive.