ELIZABETHTOWN, Pa. – A freshman at Elizabethtown College cracks hundreds of adoption cases and solves life-long mysteries, all from his college dorm desk.... 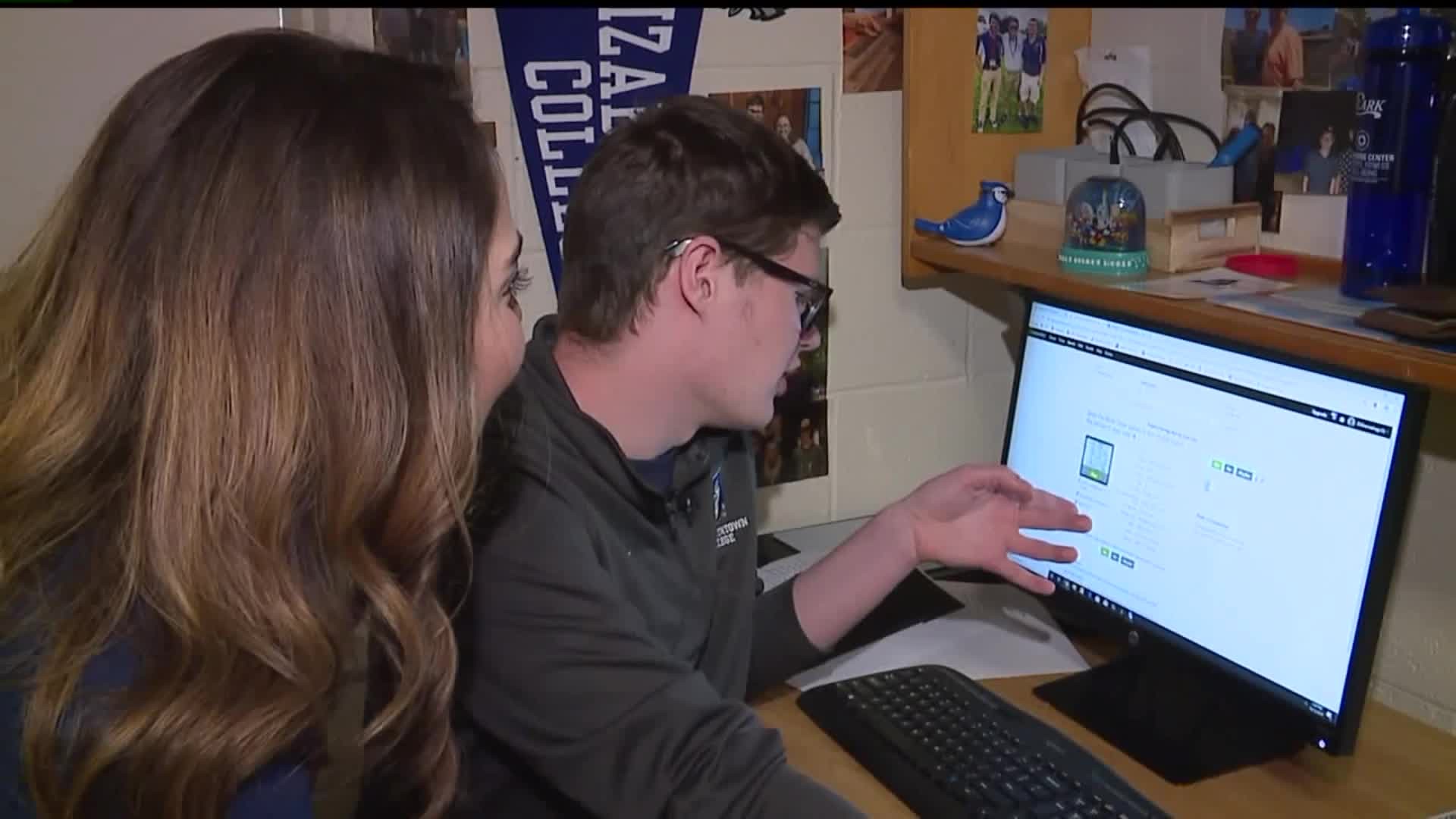 ELIZABETHTOWN, Pa. - A freshman at Elizabethtown College cracks hundreds of adoption cases and solves life-long mysteries, all from his college dorm desk.

18-year-old Eric Schubert has been diving into genealogy and ancestry work since he was 9, helping bring closure to many families.

"I run into a lot of very interesting people," Schubert said.

The New Jersey native has helped countless people who have been looking for answers using only his computer. Some, for triple the amount of time he's been alive.

"There's a lot of people who I have to disprove things they've been told," Schubert said. "Which doesn't go over well all the time. Like, 'no you're not Native American,' 'no you're not related to Abraham Lincoln'."

The 'Genealogy Genius' got started at age 9. He used to get sick a lot, so he spent a lot of time home from school. It was a way to cure boredom.

"My mom saw one of those ancestry commercials or something like that," Schubert said. "And she was like, 'how about you try that? Maybe it'll use up some of your time. Be productive, stop annoying me,' that sorta thing."

It also landed him a new title.

"My friends call me the 'World's Oldest Teenager'," Schubert said. "So I get a laugh out of that one. I get it."

But what started as curiosity about his own background spiraled into helping others.

"Yeah I handle like, I'd say around two dozen cases a day," Schubert said.  "And at any given time, like now, I probably have at least a few hundred backlogged I haven't started that people are waiting on."

He never takes a day off.

"I'm on vacation, I'm doing it," Schubert said. "If I get a really interesting case, I can't just drop it and not work on it for a few days."

Some cases take days to solve, others take weeks, and even months. But it took all of ten seconds for him to find information on FOX43's Samantha Galvez.

"Oh so your parents, are they from Virginia?" Schubert asked. "Virginia is actually one of the states that has the most records available publicly. Here's their marriage certificate. So I can tell you your grandparents are Miriam and Rene on your fathers side, and your mother's parents are William and Patricia."

But his next project is a little more interesting.

"I don't think she has any idea, so I think it would just be a really nice, kind of surprise," Schubert said.

"She's seen a lot of my stuff, we've talked about it in passing," Schubert said. "And she said she's really interested in it. So I just figured that me doing something for her would be kind of nice as her inauguration is coming up."

Which means Schubert has his work cut out for him.

"And here's a really cool picture that I found," Schubert said. "So this is your grandfather's parents and these were the immigrants from, I believe, from Switzerland and France."

President McCormick thought she was just Irish and French on her mom's side. Turns out she's Swiss, too. And her great aunt was voted "Most Catholic Mother of Delaware County" in 1950.

"You can see neighbors, you can see where they were living," Schubert said. "So I always like to tell people you can Google street view the addresses."

President McCormick had no idea.

"Well, ya know, Eric always has good ideas and I thought I was just coming in to learn something else," McCormick said. "But this was really a great surprise."

And though Eric has had his fare share of them, there's one mystery he has yet to solve. His own future.

"I'm spending this next semester to try and figure it out," Schubert said.  "The genealogy work will always be a hobby."