The Fulton Theatre has cut staff, needs to raise $500K for operating costs, $3M for construction project. Will stay connected with patrons during COVID-19. 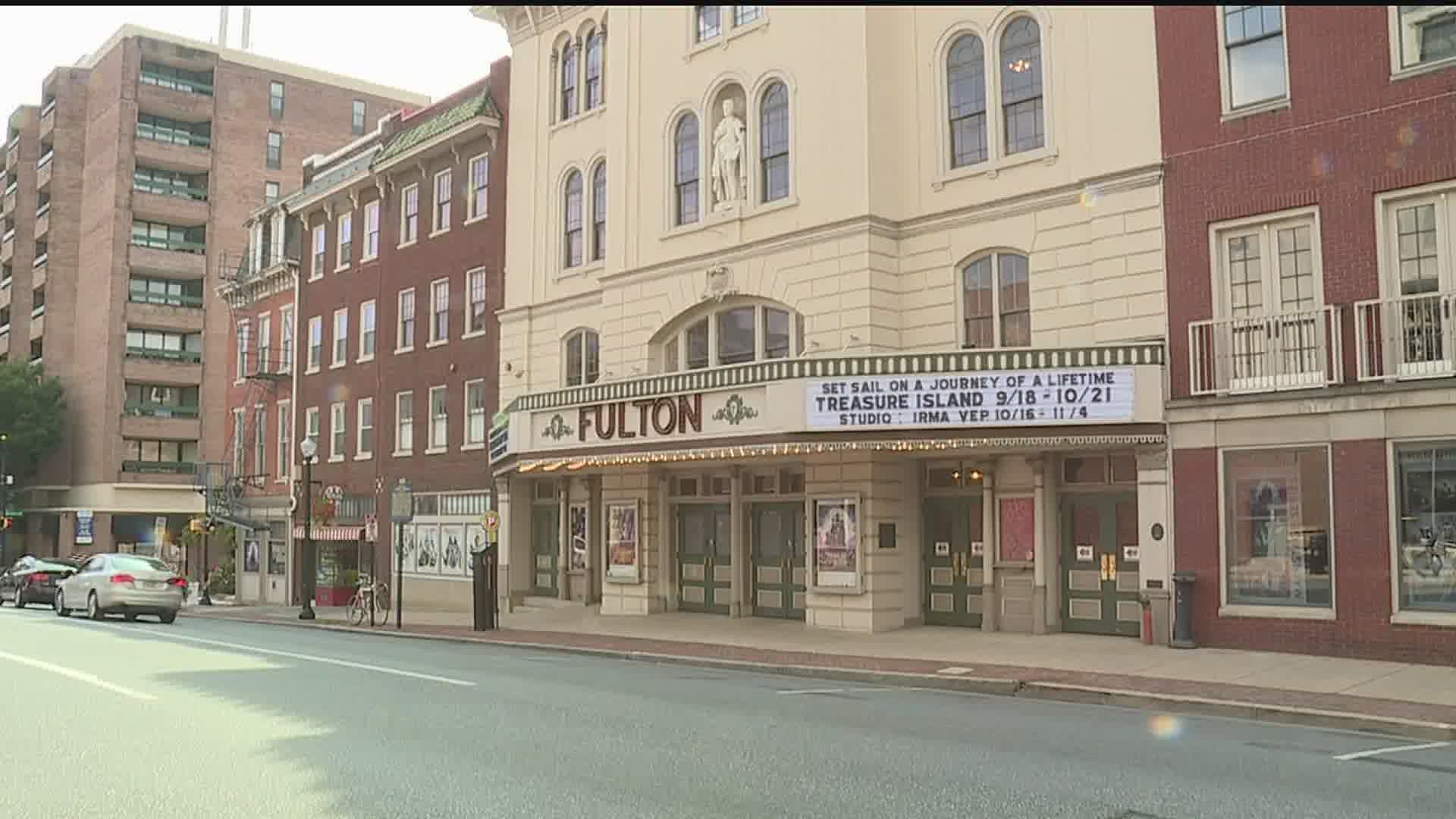 LANCASTER, Pa. — As the announcement of the Fulton Theatre postponing their mainstage series of shows until May 2021 settles, the organization still has their community in mind as they adjust to COVID-19 norms. Those adjustments, though, have hit home.

Because of a nearly $2 million budget hit, the Fulton has reduced staff by more than 70%. Some of those positions are furloughs, while others have been cut permanently.

"We went from a staff of 56, to a staff of 16," Executive Artistic Producer Marc Robin said.

This is the first time in the building’s 167-year history, through the Civil War, WWI, and WWII, that it will be closed to the community.

The iconic Lancaster theatre group needs to raise $500,000 by next April for operating costs, something leadership is confident they can do through fundraising events and donations. However, they still also look to raise an additional $3 million to complete their revitalization of an entire city block of Downtown Lancaster, which is already partially completed.

RELATED: The Fulton Theatre announces suspension of productions until 2021

Leadership of the Fulton says they have made these decisions, however, in the best interest of Lancaster residents.

And in the meantime, there is plenty of positive to focus on at the Fulton. While their mainstage series is cancelled, Robin hinted at the possibility of their Groff Studio Series, usually conducted in their upstairs facilities, to continue downstairs once Lancaster County enters the Green Phase of reopening. They would do so by maintaining social distancing and allowing the usual number of audience members (around 100 or so) in the 600-seat theatre for those productions, which are designed to be seen in smaller numbers in intimate places.

That means the productions of "The Whipping Man" and "Fun Home" may be on the table at a later date, still to be determined.

"We aren't moving forward with that until we know that it's safe, we have protocols in place and we need to make the actors safe," Robin said.

Their Summer arts educational camps, conducted in August, will be free thanks to a local donation from the Gutenberg Charitable Foundation thanks to Carol Rae Culliton, accoriding to Robin. You can find more information on the Fulton's website on that as it becomes available.

For the first time, the theatre will also create a new playwright competition for new plays or musicals based on diversity in the Fall.

"We're going to present live readings people can watch and pick one of those to produce in a future season," Robin said.

All of these plans for potential openings, fundraisers, events and more put together while listening and waiting for the 2020 mainstage season to continue in 2021.

"There's a lot of opinions we have to make sure we're listening to before we go back online, but once we can check all the appropriate boxes, we will," Robin said.

Patrons with tickets to any of the rescheduled shows will automatically be transferred into the rescheduled dates.  New tickets will be mailed out in the Fall. For those wishing to obtain a refund, you can fill out a Ticket Return Form on the Fulton’s website.

You can find more information on the Fulton’s Breakout Performance Campaign online. To make a donation, or for updates as a donor, please contact Nicole Hackmann, Director of Donor Relations at nhackmann@thefulton.org

Efforts will be made to continue communications with our audience through email, theFulton.org, and the Fulton’s social media channels. It is asked that patrons with urgent questions email boxoffice@thefulton.org or their Facebook page.