YORK, Pa. – As law enforcement agencies in Pennsylvania crack down on gun violence, they are encountering a new problem: homemade, unregistered firearms. These ... 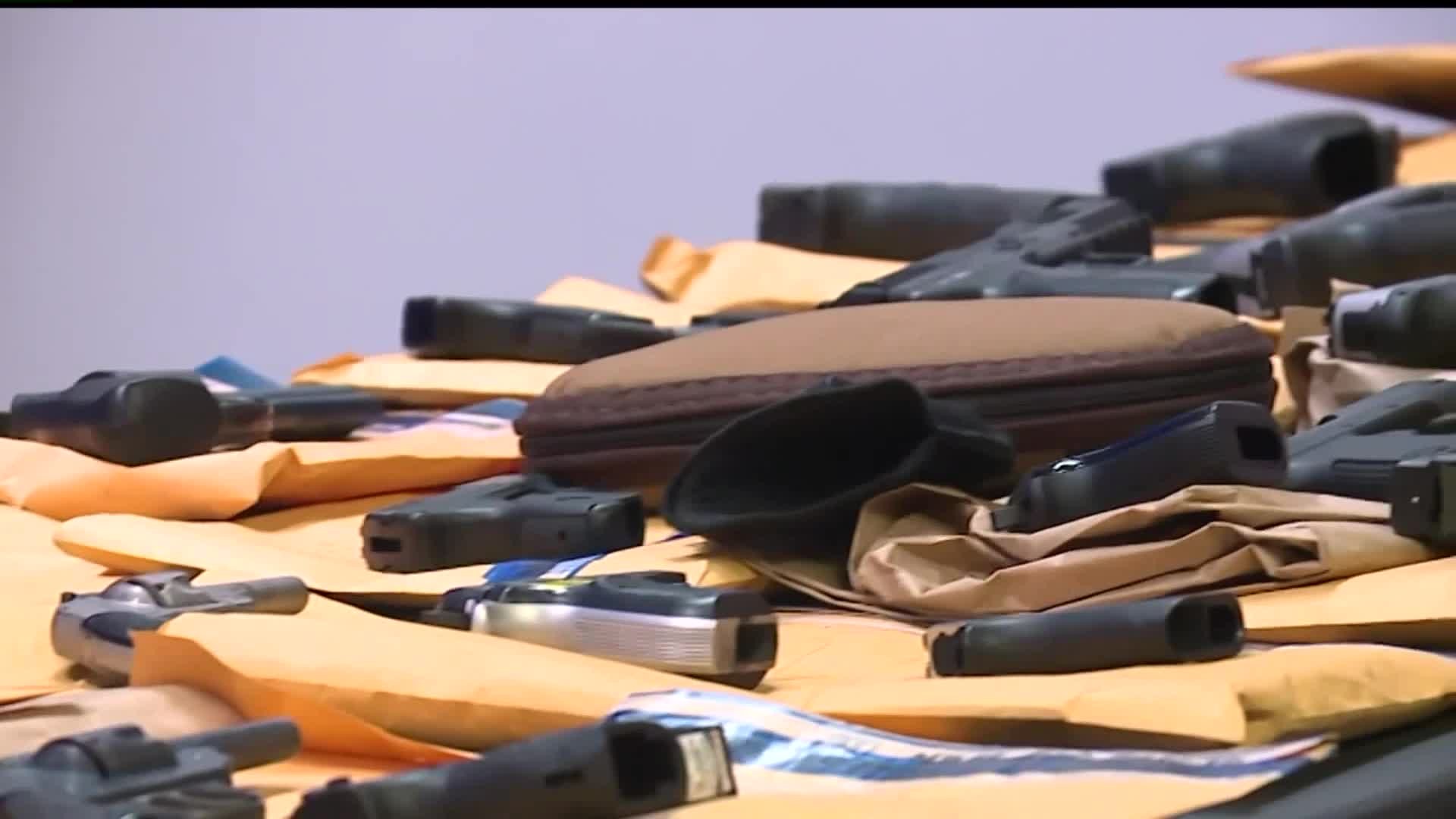 YORK, Pa. – As law enforcement agencies in Pennsylvania crack down on gun violence, they are encountering a new problem: homemade, unregistered firearms. These do-it-yourself firearms, commonly referred to as “ghost guns,” are made from parts bought online, allowing owners to bypass a background check and registration requirements. FOX43 Reveals what police are doing to track seemingly untraceable firearms in their communities.

“Our mission is to get guns off the street and combat gun violence,” explained Sgt. Jay.

So far this year, the GVI unit had a hand in helping the department recover at least 70 illegal firearms—guns that had been stolen, found on someone prohibited from owning a firearm, or without serial numbers. York City police officers show FOX43 Reveals a firearm that had been recovered off the street with an obliterated serial number.

The Bureau of Alcohol, Tobacco, Firearms and Explosives told FOX43 Reveals they are recovering self-made, unregistered firearms more frequently in Pennsylvania. Current law allows people to make their own guns by assembling parts purchased from 80% lower receiver kits. People do not need a background check to buy parts to a gun and ATF agents are finding these homemade firearms are falling into the wrong hands.

“Some of these guns are being taken off of gang members and found at homicide scenes,” said Don Robinson, ATF Special Agent in Charge of the Philadelphia Field Division.

ATF Agents have recovered 42 unregistered, self-made firearms in the Philadelphia area between June 2018 and June 2019. Statewide, there is no way to keep track of recoveries. Without a universal database shared by law enforcement across Pennsylvania, it is hard to understand the scale of the problem.

“We’ve got firearms out there with no serial number on them,” said Agent Robinson. “There’s no way to track them and that really puts law enforcement at a disadvantage when we’re working on cases like homicides and aggravated assaults. It’s important that the whole system works of the record keeping. There’s no national registration, but the dealers keep records for a reason so that we can go back and law enforcement can have leads to follow up on.”

Keeping unserialized firearms out of the hands of criminals is the mission of York’s GVI Unit.

The GVI unit is immersed in the community. You can find them holding youth outreach events, canvassing neighborhoods, and tracking illegal guns in the city.

“The whole goal of the GVI program is we want to see people safe, alive, and out of prison. And we want to see them become productive members of society,” declared Sgt. Jay.

Currently, most crime guns are not submitted to a shared law enforcement database. Pennsylvania State Attorney General Josh Shapiro is trying to change that through the state’s Track and Trace Program. The program is designed to shut down the pipeline of gun trafficking and illegal transfers.

FOX43 Reveals issues that affect you and your family, keeping you informed. Do you have a tip about something that needs to be investigated? Or documents we should dig into? You can send us a confidential news tip at FOX43reveals@fox43.com.