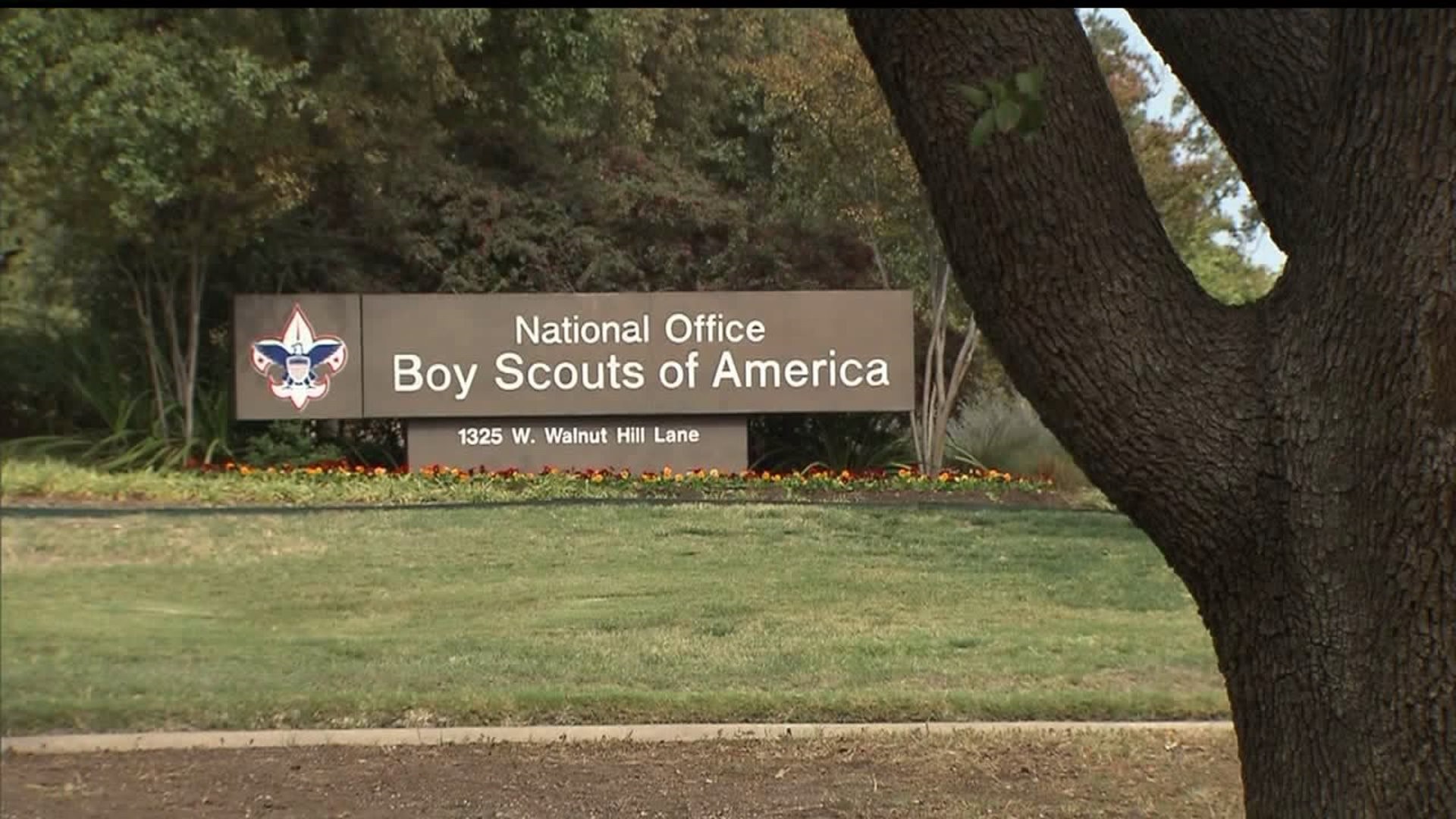 The suspected abuser was the center of a 2018 grand jury investigation. Five alleged victims testified in front of the grand jury, but details of that report have been sealed by the Pennsylvania Supreme Court.

FOX43 Reveals stories of alleged abuse as the Boy Scouts of America (BSA) faces a flood of lawsuits.

The news was first reported by the York Daily Record and the Chambersburg Public Opinion.

“It’s like wow, these are such great accomplishments to be an eagle scout, back then. Not now,” said Jerome Kinney, looking at his old Eagle Scout uniform.

Kinney said his childhood innocence was taken from him while he was a Boy Scout. At 15, Kinney joined Boy Scout Troop 127 in Chambersburg to get away from problems he had been having with another scout in Troop 129. Kinney said the situation in Troop 127 was not much better.

“I did go to his cabin on a couple of occasions and we had beer, and there were a lot of dirty magazines and such,” explained Kinney.

None of it ever felt right to Kinney.

“And it wasn’t until years later when I realized, oh my gosh, that was all abuse and he abused me,” Kinney said.

Years later, C.Q. Smith would become a pillar in the Chambersburg community. He was President of the Rotary Club, awarded for 53 years of service with BSA, and voted 2011 Chambersburg Citizen of the Year. In September 2019, town council members revoked that title after allegations of decades of sexual abuse surfaced. Smith was the focus of a grand jury investigation. On January 23, the Pennsylvania Supreme Court unanimously ruled to permanently seal that report because it did not relate to organized crime or public corruption, or propose recommendations for legislative, executive or administrative action that is in the public interest.

In an 11-page opinion, Justice Max Baer wrote “the recommended actions focus exclusively on: (1) punishing a specific person for alleged criminal conduct for which the person cannot be tried due to the running of the relevant statutes of limitation; and (2) providing resources and catharsis to victims of these alleged crimes.”

Five alleged victims testified in front of that grand jury. Smith also testified, and according to the supervising judge’s opinion, Smith himself  “estimated the number of victims of his abuse to be 16 to 18.”

John Piper, 54, said he is one of those victims.

“Everybody talks about forgiveness. No. He does not get my forgiveness,” declared Piper. “He never will.”

Piper told FOX43 that Smith was his scoutmaster from 1976 to 1977. His parents had just gotten a divorce and Piper looked up to Smith.

“I looked to him as that male role model, I guess you would call it at the time,” said Piper.

“I’m asking him why is he doing this and he told me this is how people show that they love one another,” said Piper. “And I started crying and I told him I wanted him to stop this.”

Piper said he reported the abuse to BSA and police, but nobody believed him. Piper said he turned to alcohol to forget the painful memories.

“He has destroyed my life. I never married. I never had kids. I don’t own anything. Anything I’ve ever made I drank away,” explained Piper.

C.Q. smith and his lawyers have not responded to FOX43 Reveals’ requests for comment.

In a statement, Ron Gardner, Scout Executive and CEO of BSA’s New Birth of Freedom Council, said “The behavior described in these allegations is reprehensible and runs counter to everything for which the Boy Scouts of America stands. While this individual was not currently registered in our programs, he is now prohibited from any future participation in scouting."

Some people expressed concerns that the future of scouting is uncertain. BSA disputes those claims, telling FOX43 Reveals “For more than 100 years, the Boy Scouts of America (BSA) has been a part of the fabric of this country, and from a national standpoint, the state of Scouting remains strong. With approximately 2.2 million youth members, the BSA continues to deliver the nation’s foremost youth program of character development and values-based leadership training."

BSA faces a flood of lawsuits accusing them of covering up hundreds of sex abuse cases. The organization kept clandestine files on suspected abusers. FOX43 Reveals went through some of those files. 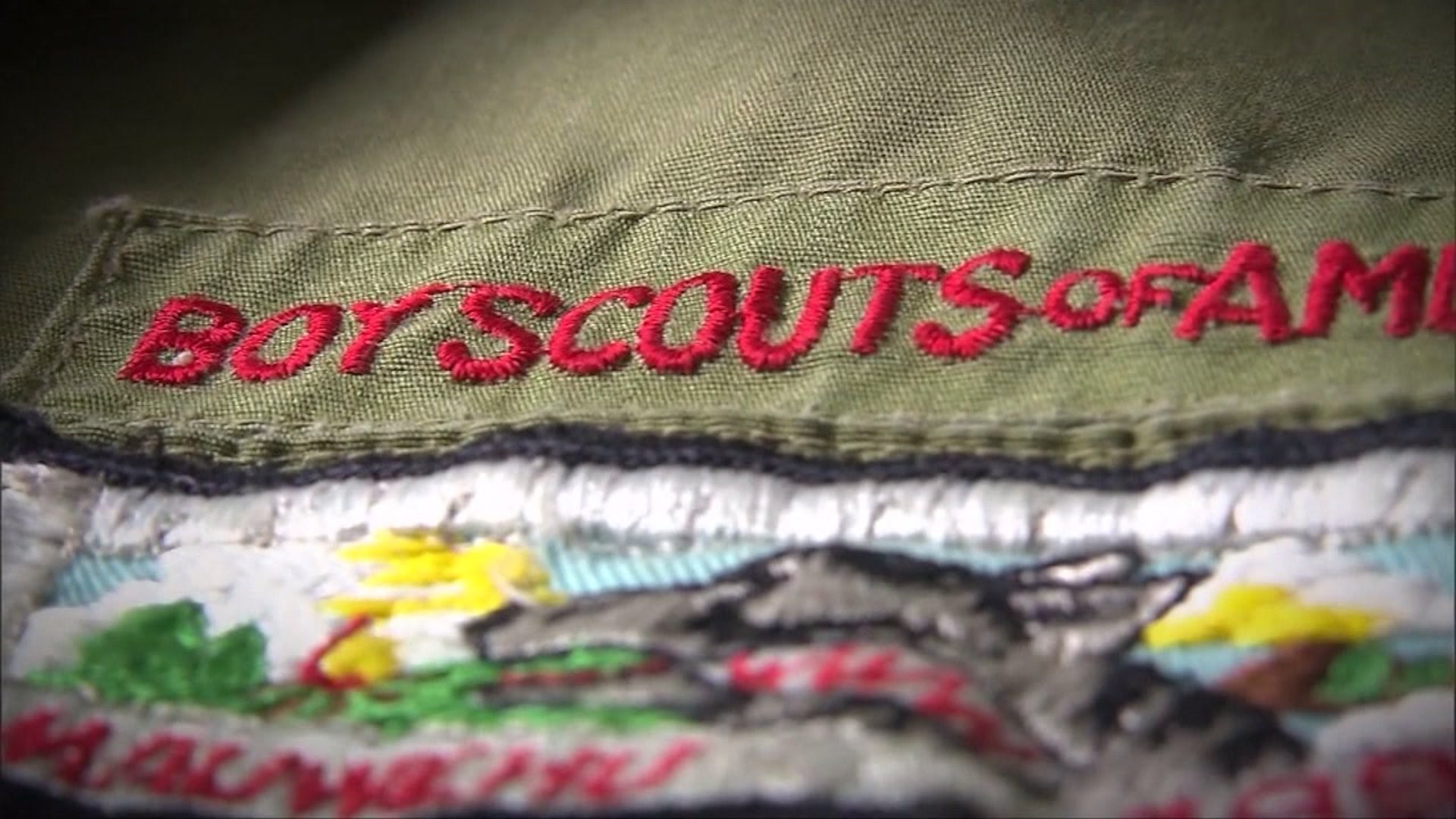 In 1962, two scoutmasters in Johnstown, PA were convicted on a “serious morals charge” for abusing minor boys at scout camp. In a letter obtained by FOX43 Reveals, a scout executive at the time assured the organization “No mention of scouting was involved in the case, in as much as two of the three judges who pronounced the sentence are members of our executive board.”

In 1984, a case in State College details how a scout executive dismissed claims of sexual abuse against another scoutmaster. According to records obtained by FOX43 Reveals, that scout executive wrote “Never at any time in those few days did we try to investigate it on any formal basis. We felt it was one accusation from the family toward Tim Bagshaw.” That scout executive was later cited on a summary offense by Pennsylvania State Police for not reporting a possible child abuse case and, in 1985, Bagshaw was convicted of corruption of minors.

“Looking at this whole scouting abuse stuff since it has come out, I can only imagine the other boys who have been abused across the country,” said Kinney. “And they have to be waking up with nightmares too.”

Both Kinney and Piper are hoping their stories will put pressure on lawmakers to act on statute of limitations reform.

“I want the lawmakers in Harrisburg to do something to abolish the statute of limitations so that the children of these types of crimes are able to go after their abusers in a court of law and get the justice that they deserve,” declared Piper.

A new lawsuit against BSA is hoping to deliver some of that justice. The legal team from Abused in Scouting has filed the first federal court lawsuit against BSA, on behalf of eight alleged victims. The lawsuit was filed in Washington, D.C., where BSA obtained its congressional charter. If successful, the lawsuit could allow other victims to file sex abuse claims, even if the statute of limitations has expired in their states.

In response to the recent allegations, Boy Scouts of America (BSA) said:

"First and foremost, we care deeply about all victims of child abuse and sincerely apologize to anyone who was harmed during their time in Scouting. We are outraged that there have been times when individuals took advantage of our program to abuse innocent children. We believe victims, we support them, we pay for counseling by a provider of their choice and we encourage them to come forward. It is the Boy Scouts of America (BSA) policy that all incidents of suspected abuse are reported to law enforcement.

The Boy Scouts of America is committed to fulfilling our social and moral responsibility to fairly compensate victims who suffered abuse during their time in Scouting, while also ensuring that we carry out our mission to serve youth, families and local communities through our programs. Nothing is more important than the safety and protection of children in our Scouting programs – it is our top priority. The BSA has a multi-layered process of safeguards informed by experts, including the following, all of which act as barriers to abuse: a leadership policy that requires at least two youth-protection trained adults be present with youth at all times and bans one-on-one situations where adults would have any interactions alone with children – either in person, online, or via text; a thorough screening process for adult leaders and staff including criminal background checks, and the prompt mandatory reporting of any allegation or suspicion of abuse.

We steadfastly believe that one incident of abuse is one too many and we are continually improving all of our policies to prevent abuse. This is precisely why we fully support and advocate for the creation of a national registry overseen by a governmental entity, similar to the national sex offender registry, of those who are suspected of child abuse or inappropriate behavior with a child, thus allowing all youth-serving organizations to share and access such information. We call upon Congress and other youth- serving organizations to support this initiative."

FOX43 Reveals issues that affect you and your family to keep you informed. Do you have a tip that needs to be investigated? Or documents we should dig into? Send us a confidential news tip at fox43reveals@fox43.com.