Central Pa. – Since 2017, nearly half of the children who died from abuse and neglect in Pennsylvania were already in the child-welfare system. Leading up to so... 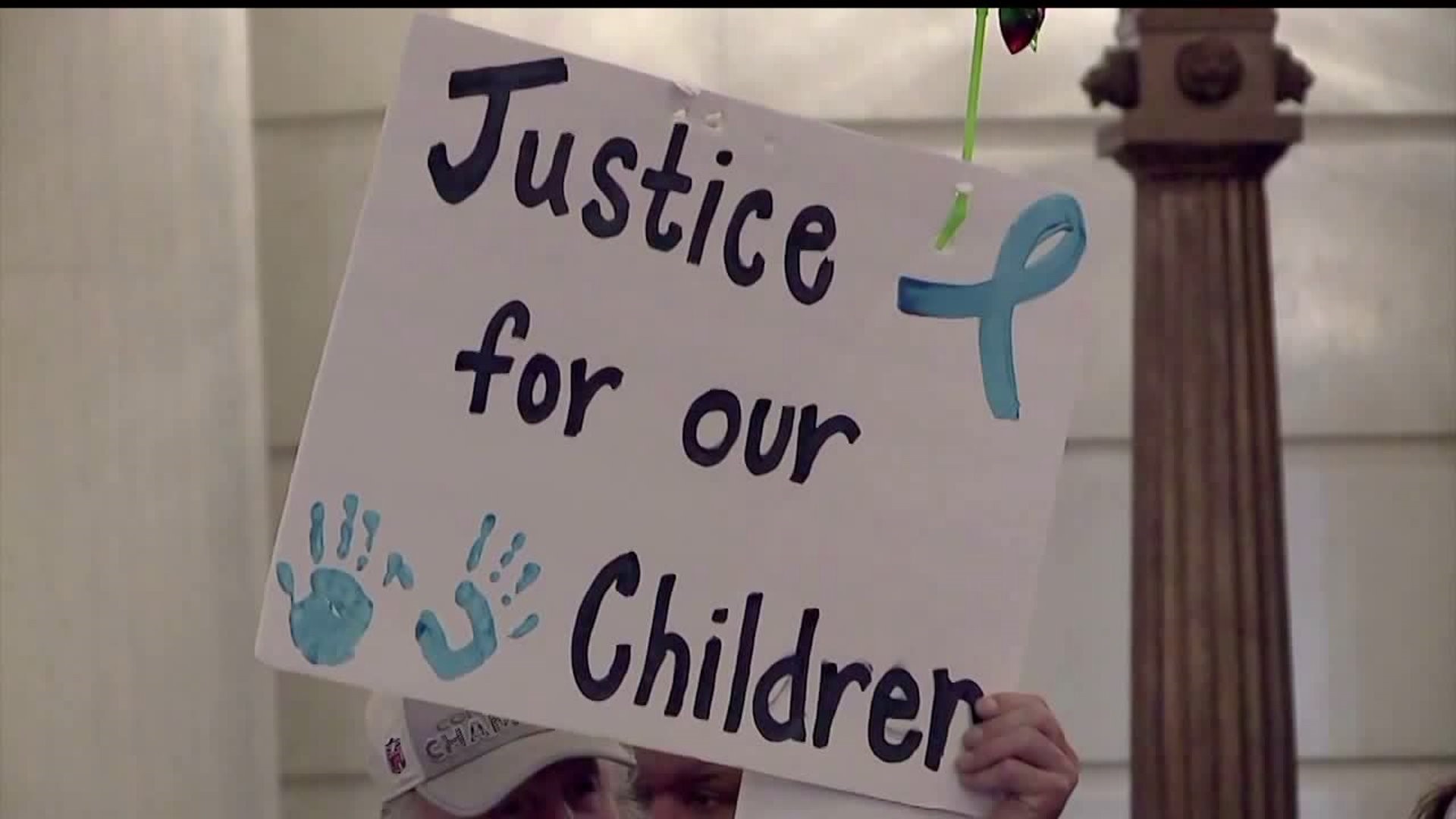 Central Pa. – Since 2017, nearly half of the children who died from abuse and neglect in Pennsylvania were already in the child-welfare system. Leading up to some of those deaths, caseworkers with various County Children and Youth Agencies (CCYA) received multiple reports of suspected neglect or inadequate care, but chose not to investigate. FOX43 Reveals the holes in Pennsylvania's child-welfare system.

Leading up to the death of 2-year-old Dante Mullinix, caseworkers with York and Adams County Children and Youth Services received multiple referrals for general protective services (GPS). GPS reports are reports that do not rise to suspected child abuse, but allege a need for intervention to prevent serious harm to children. GPS reports contain allegations including, but not limited to, suspected neglect, inappropriate discipline, inappropriate caregivers, inadequate food and clothing, and non-serious injury.

Almost every time, there were no services provided. There were no follow ups.  And after a few months, Dante died from abuse.

Dante’s aunt, Sarah Mullinix, read over her nephew’s medical reports from hospital visits wondering how caseworkers missed the signs that were so clear to her. In one report from September 2, 2018, a nurse stated she “suspects trauma and neglect” and “feels he should be taken into custody” when referring to Dante.

The child died on September 14, 2018 from traumatic brain injury, with strangulation and suffocation.  A York man is facing trial in connection with Dante’s death. The boy's mother was charged with endangering the welfare of a child.

Dante’s death underlines a larger problem that reaches all corners of the state.

“The truth needs to come out,” declared Mullinix. “Things need to change. Kids are dying. Their job is to protect children and be their voice, and they’re not doing it.”

Caseworkers screened out several GPS reports in Dante’s case without an investigation. Mullinix had even filed an emergency complaint for custody.

“If they would have acted when they started getting phone calls, yes, he would be still alive,” Mullinix believes.

FOX43 Reveals this process of ‘screening out’ GPS reports of non-serious injury or neglect happens often across Pennsylvania. Between January 2017 and June 2019, 115 children died and 205 children nearly died from abuse and neglect, according to documents from the Department of Human Services. Forty percent of those cases had previous GPS referrals to CCYA that caseworkers either screened out or determined to be invalid, without any protective action.

General protective services (GPS) reports are not released to law enforcement. Caseworkers do not give police access to these records, no matter how many times a GPS referral is made on a child. It is a concern for Cumberland County District Attorney Skip Ebert, whose office currently has 8 pending homicide cases open that involve young children.

To gain access to GPS reports, Ebert plans to use the powers of a grand jury to subpoena those records.

“Their (CCYA) interpretation and their solicitor feels that when it’s general protective services, that it’s protected and ‘we’re here to try and make this family better.' I’m worried about the ones where it’s repeated. Maybe the worker changes and it’s ‘oh, I forgot about that one 6 months ago’ and now there’s another one. If that keeps building, that’s not a good sign in my book.”

RACHEL YONKUNAS: A lot of County Children and Youth Agencies are understaffed and have many cases coming in. Do you think the cases are properly investigated?

DISTRICT ATTORNEY SKIP EBERT: I think they are trying to do their best. I know those workers. I think their hearts are in the right place. Whether or not they have enough resources to deal with what seems to be an expanding trend, I’m not sure.

The Centers for Disease Control and Prevention has recognized child abuse as a growing public health concern. In 2009, the American Board of Pediatrics certified a new medical subspecialty devoted to protecting children: child abuse pediatrician. Child abuse pediatricians examine a complete picture of a child’s injuries to confirm whether abuse has occurred, what caused it, and diagnose a child’s medical condition.

At Penn State Health’s Center for the Protection of Children, Dr. Frasier is pioneering methods of detecting, treating, and preventing child abuse.

“Nobody wants to wake up the next morning and wish they had made a report on a child because they read in the news that child was further harmed or even killed,” said Dr. Frasier.

In Dante’s case, some may argue he fell through the cracks of Pennsylvania’s child-welfare system. To Dante’s family, that would be a grave misjudgment.

“[Child Protective Services] didn’t let Dante fall through a crack. It was a crater. They were involved all the way up to his death. They were there,” said Mullinix.

According to the Department of Human Services (DHS) 2018 Annual Child Protective Services Report, County Children and Youth Agencies can screen-out GPS reports for a number of reasons, including:

FOX43 Reveals asked the Department of Human Services if they are aware of how often this is happening. A spokesperson said they needed more time to respond to our questions.

FOX43 Reveals issues that affect you and your family to keep you informed. Do you have a tip that needs to be investigated? Or documents we should dig into? Send us a confidential news tip at fox43reveals@fox43.com