FOX43 Finds Them is a segment where police officers will stop by the set of FOX43 Morning News to offer up information on the Most Wanted criminals in the area.... 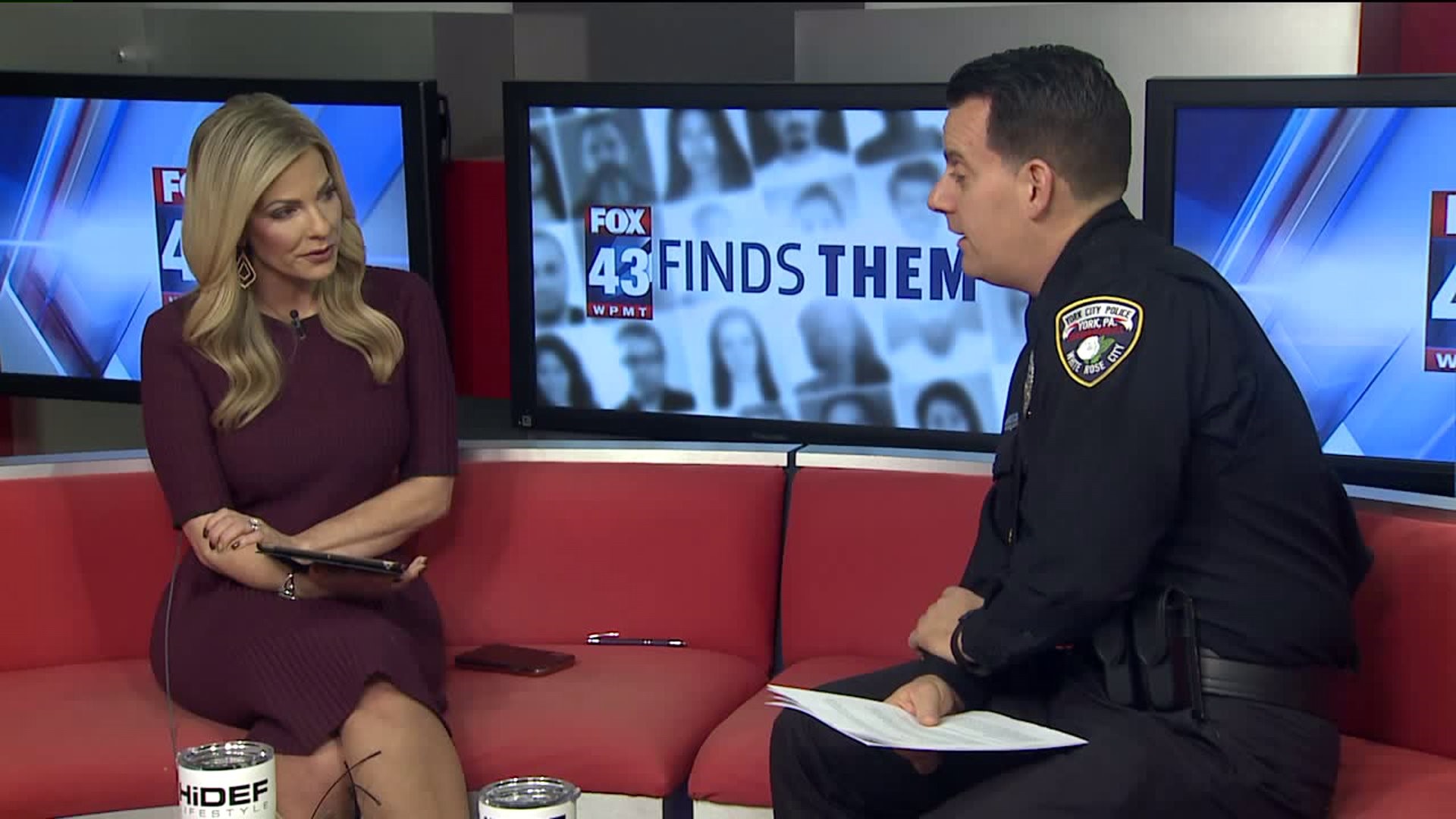 FOX43 Finds Them is a segment where police officers will stop by the set of FOX43 Morning News to offer up information on the Most Wanted criminals in the area. Today, Officer Derek Hartman of the York City Police Department is stopping by to discuss the following wanted criminals:

Mehaffie is wanted for a robbery that occurred on October 3rd, 2019 at approximately 1:00 AM in the 300 block of East King Street. Mehaffie went to the victim’s house and demanded money from him. An argument occurred and Mehaffie began striking the victim with a gun, and then took money from him.

Butler is wanted for a homicide that occurred on October 25th, 2019. Butler shot and killed a victim in the 400 block of W. King Street. He has previous felony charges and is being charged with Criminal Homicide, among other related charges.

The weather is quickly getting cold, and we understand that many people like to warm up their vehicles before they begin driving. However, a friendly reminder from the York City Police: Don't leave your vehicle running while you are away from it. In 2017 and 2018 a little less than 50% of all the vehicles stolen in York City were a result of cars that were either left running or with keys in the car.

It's an easy target for a thief, and you are likely in violation of the vehicle code:

(a) General rule.--No person driving or in charge of a motor vehicle shall permit the vehicle to stand unattended without placing the gear shift lever in a position which under the circumstances impedes the movement of the vehicle, stopping the engine, locking the ignition in vehicles so equipped, removing the key from the ignition and, when standing upon any grade, turning the front wheels to the curb or side of the highway and effectively setting the brake. (b) Penalty--Any person violating this section is guilty of a summary offense and shall, upon conviction, be sentenced to pay a fine of $5. -There are many "remote start" systems available that allow you to warm up your vehicle without being in violation of this section

because your key is not in the ignition. Also, it is often set to turn off the engine if someone tries to put the vehicle in gear without the key.

Local Police Departments have banned together to test for police jobs. If you are interested in making a differently in your community click on the link below. Deadline for applications is January 3rd, 2020. WWW.YORKPOLICEJOBS.ORG

** All  information can remain anonymous **