NEWARK, NJ.- Two sisters living in the Harrisburg area are suing the Archdiocese of Newark in New Jersey and the Harrisburg Diocese in Pennsylvania, as new stat... 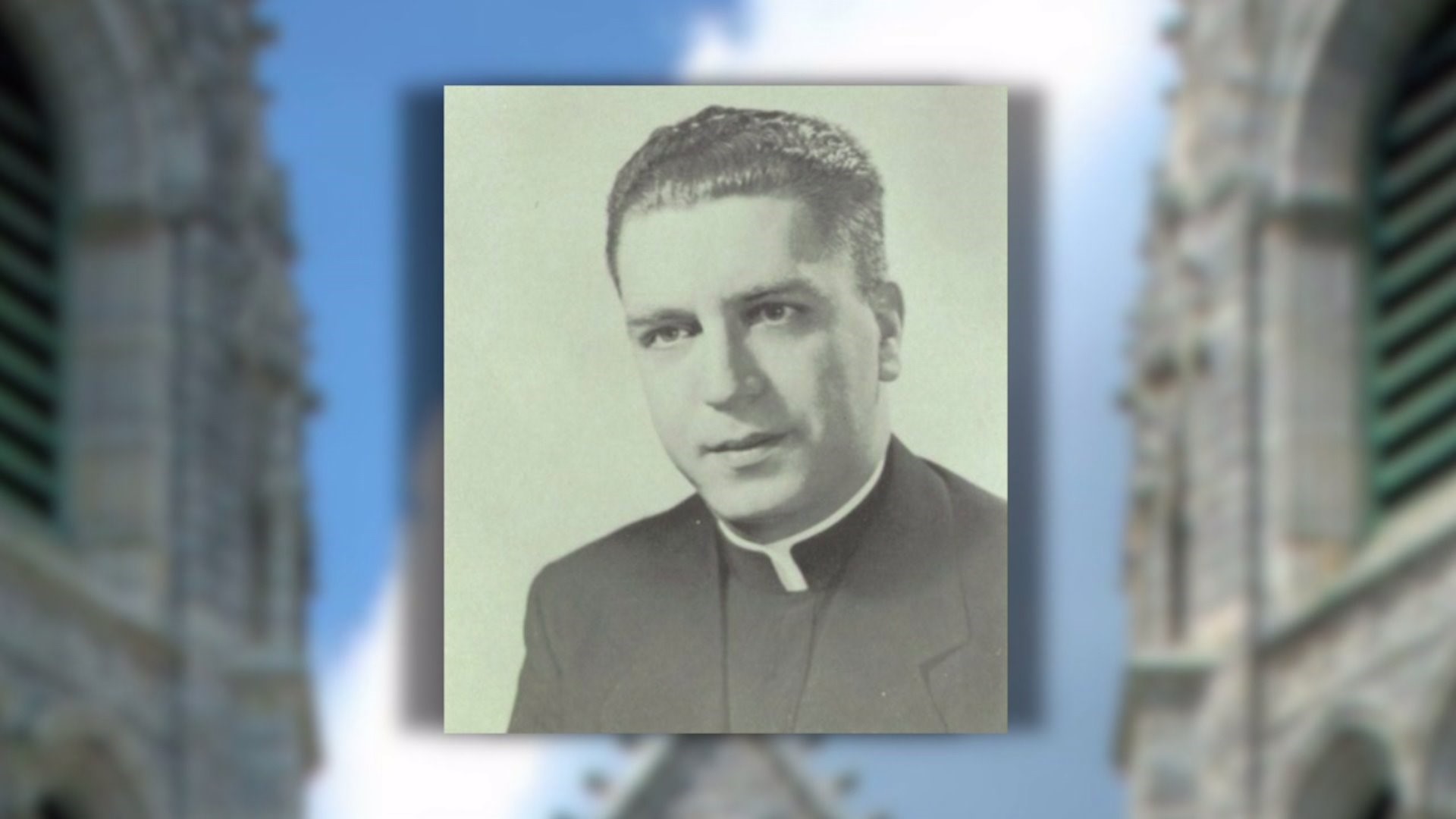 NEWARK, NJ.- Two sisters living in the Harrisburg area are suing the Archdiocese of Newark in New Jersey and the Harrisburg Diocese in Pennsylvania, as new statute of limitations laws that take effect today. The new laws allow them to take legal action against a priest who they say sexually-assaulted them when they were children.

Patty Fortney-Julius and Lara Fortney-Mckeever told the 40th Statewide Investigating Grand Jury how priest Augustine Giella abused them and their three other sisters during its investigation into child sexual abuse in six catholic dioceses in Pennsylvania. The Catholic Church transferred Father Giella to the Harrisburg Diocese, where he met the Fortney family.

"I was 10 years old and in the 5th grade, when I met our abuser, Augustine Giella" Lara Fortney-McKeever said during a news conference in Newark. She said Giella was their new family pastor and was looking for volunteers at her school. She says when she raised her hand, the abuse began, "I can't bring myself to call him reverend or father."

The sisters allege how both dioceses were involved in covering up reports of abuse by Father Giella, when he reportedly abused them in Pennsylvania and at his New Jersey summer home, where he invited the Fortney family for visits. According to the grand jury report, Giella collected samples of the girls' pubic hair, menstrual blood, and urine. In some cases, he would consume them.

The grand jury explains if the Diocese of Harrisburg had acted on a complaint in the 1980's, the abuse could have ended much sooner.

Fox43 Reveals spoke with the Fortney sisters back in October. They have been telling the public about their story of abuse in order to persuade lawmakers in state legislatures around the country to reform the statute of limitations for child sex abuse victims.

Today, their desires have been met and they could appear in court in a few years. "Today is a momentous day for our family, because we can finally move forward in our pursuit for justice" said Patty Fortney-Julius, "Today is about answers... our family will be able to get answers to some of the questions we need in order to put the missing pieces of our life's puzzle together."

Attorney Benjamin Andreozzi, representing the Fortneys, says discovery could take up to two years and would require the Diocese of Harrisburg to turn over all of its documents related to predatory priests, including the ones on Giella.

The grand jury report, released in August of 2018, detailed systemic sexual abuse by hundreds of predator priests and more than 1,000 child victims in addition to an internal system within the church to prevent reports from surfacing that could cause "scandal." The grand jury recommended eliminating the criminal statute of limitations for victims of child sex abuse, extending the age limit for survivors to file civil lawsuits, and creating a retroactive window for survivors frozen out of the statute of limitations to file lawsuits.

The state legislature had the chance to vote on bills to make those reforms possible last year, but the state senate chose not to vote, citing the constitutionality of the retroactive window and the impact the lawsuits could have on the Catholic Church.

One major obstacle the Pennsylvania legislature faced was the Catholic Church's lobbying efforts. A report released earlier this year showed the church spent more than $5.3 million in Pennsylvania, from 2011 to 2018, to influence lawmakers' votes on issues like civil justice, crime victim assistance, criminal justice, courts, and liability reform.

Until recently, the statute of limitations for childhood sex abuse victims in both Pennsylvania and New Jersey prevented people from taking legal action because the age limits were too low. New Jersey Gov. Phil Murphy signed a law back in May to extend the state's statute of limitations for sex-abuse lawsuits. The law also creates a two-year window to file suit based on previously expired claims. That law went into effect yesterday.

Neighboring New York passed similar laws earlier this year, including a one-year retroactive window, which went into effect in August. More than 400 new lawsuits were filed on the first day of that window, with some claims going as far back as the 1950s.

Gov. Tom Wolf signed bills into law last month to eliminate the criminal statute of limitations for child sex abuse victims and to extend the time limit for civil lawsuits. Another bill, House Bill 963, would create a two-year retroactive window for survivors whose time has already expired even with the new extensions, but the state legislature has to pass it again in the 2021-2022 legislative session so it can become a ballot question in a general election. If voters approve it, then it would become an amendment to the Pennsylvania Constitution to open up the window.

In a statement, a spokesperson with The Archdiocese of Newark wrote: "The Archdiocese of Newark will continue to cooperate and work with victims, their legal representatives and law enforcement authorities in an ongoing effort to resolve allegations made and bring closure to victims.  The Archdiocese has already made efforts to bring about said resolution and closure, joining with the other dioceses in New Jersey to establish the Independent Victims Compensation Program (IVCP) to offer compensation to eligible survivors who were sexually abused by clergy of the Church while minors. While this program has been a viable option for some victims to achieve a level of closure, it always was understood that some may seek resolution through other avenues." - Maria Margiotta, Spokesperson, Archdiocese of Newark

The Harrisburg Diocese declined to comment writing: "Our attorneys are still reviewing this complaint and as such, it would be inappropriate for us to comment at this time. Bishop Gainer has personally apologized to the Fortney family, and to all survivors of clergy abuse, for the abuse they suffered. The Fortney family, as well as all survivors of child abuse, have access to professional therapy and counseling services, at no cost to them, through the Diocese. The Diocese of Harrisburg will continue to do all we can to support survivors of child sexual abuse and to ensure all youth in our care are safe." - Mike Barley,  Spokesperson, Harrisburg Diocese