First ‘HempTrain’ in the U.S. arrives in York County

RED LION, Pa. – Hemp’s comeback in Pennsylvania is continuing. Some farmers are turning to the crop as a moneymaker. There’s a new tool coming... 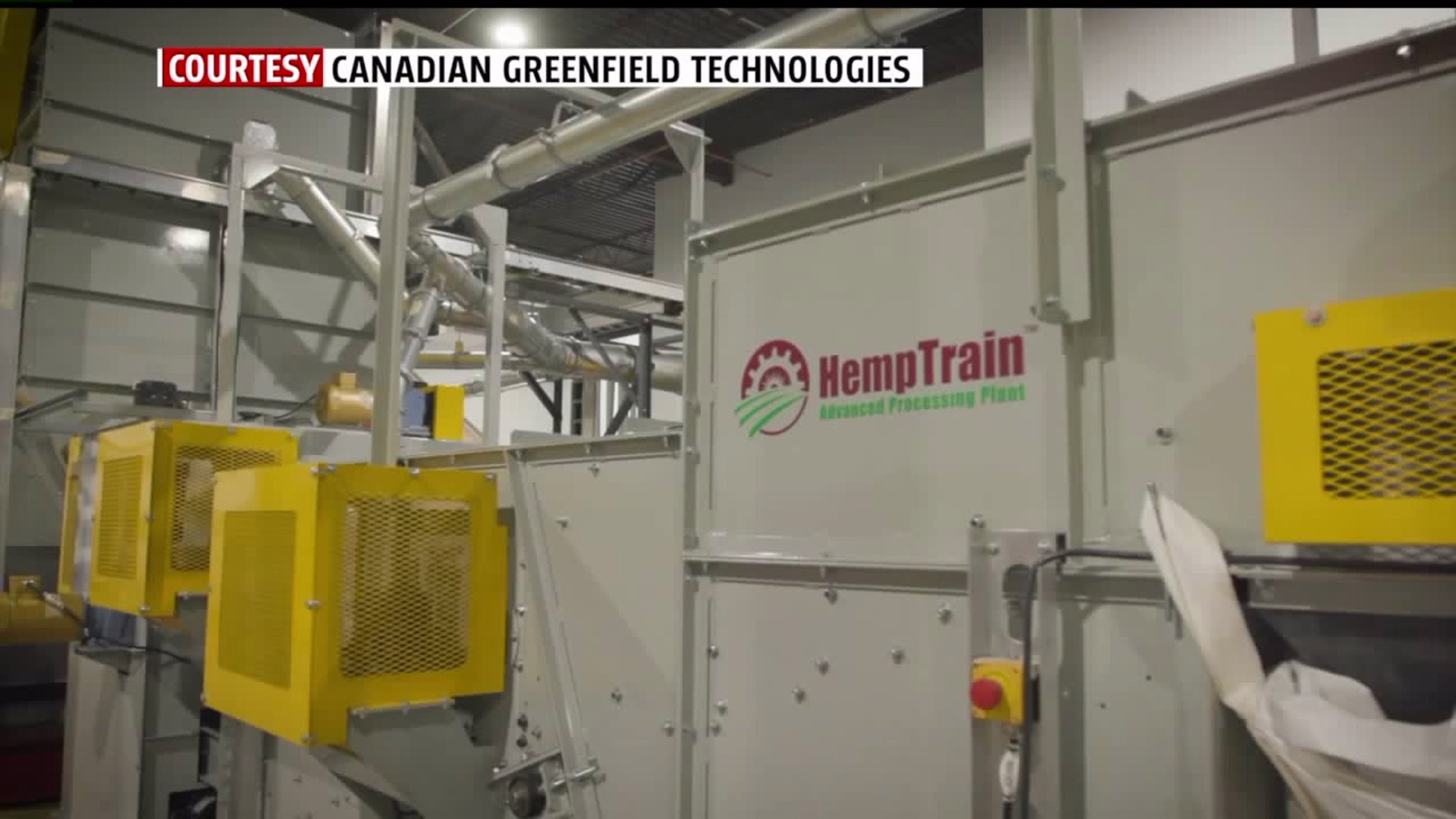 RED LION, Pa. - Hemp's comeback in Pennsylvania is continuing. Some farmers are turning to the crop as a moneymaker. There's a new tool coming from Canada to Pennsylvania to help with the harvest.

It's being called the first ever 'HempTrain' in the United States. The machine processes hemp in mass quantities. Groff North America, the company who bought it, said installation began Tuesday and will continue over the next two weeks.

Weighing in at 32 thousand pounds, and taking up a space of 20 by 50 feet, the HempTrain will process nearly 2,000 pounds of hemp per hour.

"Part of the enthusiasm surrounding hemp is because it's rapidly renewable," Steve Groff, founder and chairman of Groff North America, said. "It absorbs CO2, and it has literally tens of thousands of uses."

HempTrain can separate full hemp bales into three distinct fiber materials that can be used to generate bioplastics and building materials. From those three materials, a number of products in a number of industries can be made, including: insulation, textiles, gardening products, cat litter, beauty products, pet wellness, and other high-value products in a low waste environment. The machinery enables Groff North America and their farmers to harvest the entire plant leaving no waste behind.

"Without that type of technology there's really no way to do it," Groff said. "There'a a 100-year-old tool called a hammer mill which is really the original way to break down plant material. But a hammer mill has a lot of negative connotation, creates a lot of dust and really breaks up part of the fiber in a bad way. So the HempTrain is a new technology kind of like an iPhone compared to a rotary phone. And so in our minds the HempTrain is a revolutionary tool."

The machine, made by Canadian Greenfield Technologies, costs $1.5 million dollars. It's going to take five engineers to put it together over the next two weeks. So far the company has about 15-20 employees but they expect that to double over the next two years.

"Hemp has a low THC level - below .3," Groff said. "And if the THC level is higher than that, it's considered cannabis or marijuana. So the products that we're involved with do not get you high, they are legal, anyone can use these products, that's an important distinction."