It is Wednesday afternoon and Missy Sweitzer is cooking up her famous ‘checkpoint chowder.’ It’s an extra course she doesn’t mind prepar... 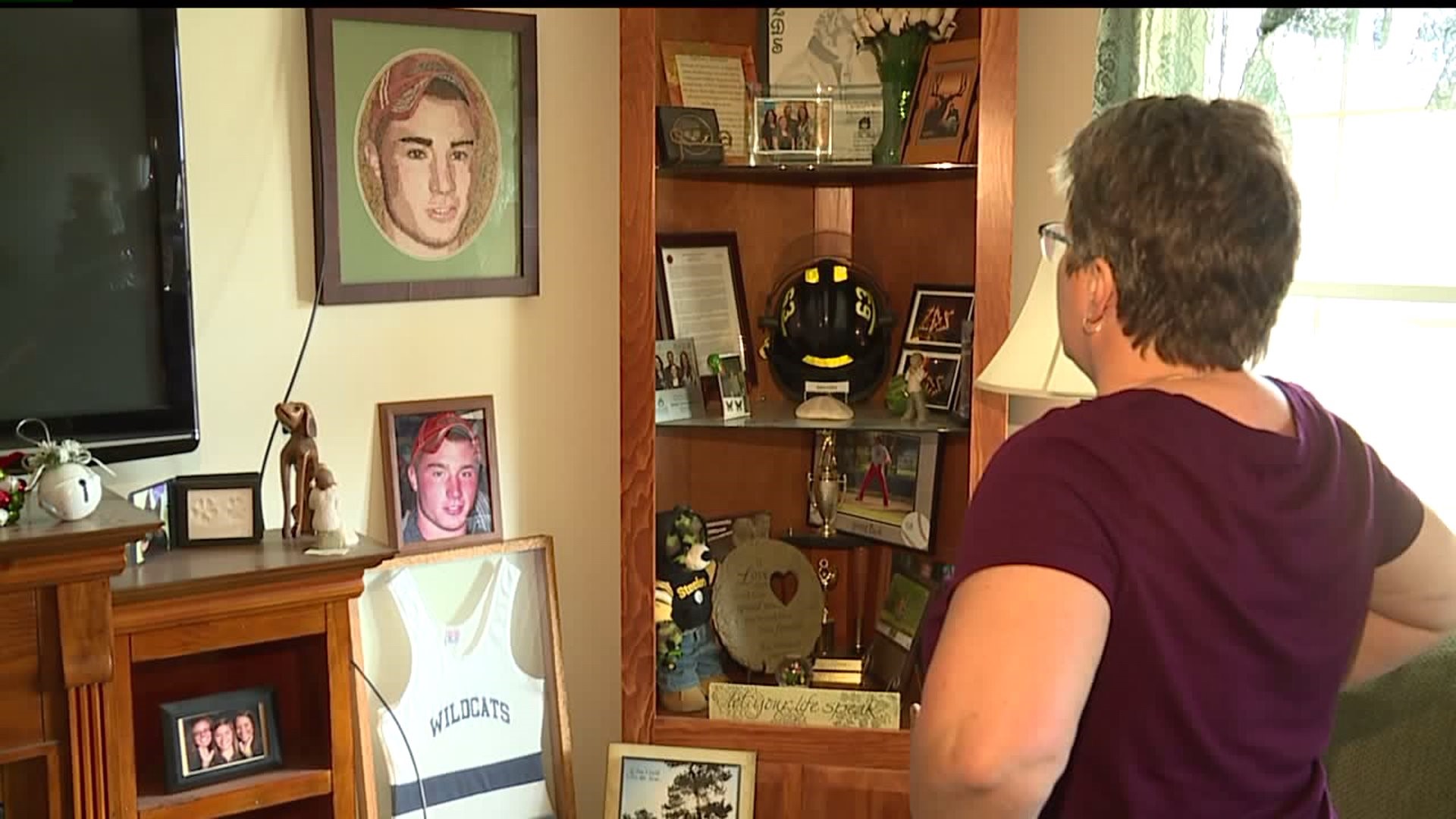 It is Wednesday afternoon and Missy Sweitzer is cooking up her famous 'checkpoint chowder.'

It's an extra course she doesn't mind preparing, even in the midst of a massive family feast planned for 90 relatives on Thanksgiving.

Missy will bundle up Wednesday night to deliver food to DUI checkpoint stops in order to thank police for putting the brakes on drunk drivers on the road.

Missy and her husband, Mark, lost their 20-year-old son Zac in a DUI-related accident on Thanksgiving Day.

The Sweitzer family remembers the future Zac was planning to live.

He had dreams of becoming a paid firefighter or even a farmer.

"He was becoming the awesome young man that we knew he would one day become," said Missy, who admits Zac's dreams also made her and Mark dream as parents of what kind of life he would lead.

Instead, they mourn his death. And, they acknowledge, there isn't a day that goes by that they don't think of Zac.

Zac was driving back from his girlfriend's house around 5:30 a.m. Thanksgiving morning in 2008 when his vehicle collided with a woman on Interstate 83 in York Township. Zac passed away shortly after.

"They charged her with DUI because she was only 19-years-of age. And then she was also charged with vehicular homicide," said Missy.

But, the Sweitzer family knows stopping intoxicated drivers on the road is an ongoing fight. That's why in the midst of preparing stuffing and fixings for Thanksgiving, they're also delivering chowder, hot dogs and cookies to officers.

Corporal James Spencer at the Pennsylvania State Police told FOX43 during one checkpoint alone 15 of the 300 vehicles they stopped had a DUI-related issue. Meantime, police across the region are planning additional patrols.

But, Corporal Spencer admits, alcohol isn't the only offender. He notes, drugs are becoming a large issue too.

"Uber, Lyft, call your mom. You know, have a friend come pick you up. There are so many reasons to not get behind the wheel," said Missy.

This Friday the Sweitzer family will also hold a blood drive in Zac's honor and in honor of Rodney Miller, who was also killed in a DUI-related accident. Sweitzer was a volunteer firefighter in Loganville and Miller was the Chief. Both were friends. Both were also organ donors.

The blood drive will happen at Genesis Church at 1405 Seven Valleys Road in York Friday, November 29.