Eric Erdman was given six months to live. With his foundation, they held a national competition for a gym giveaway, selecting a school in Dallas, Texas. 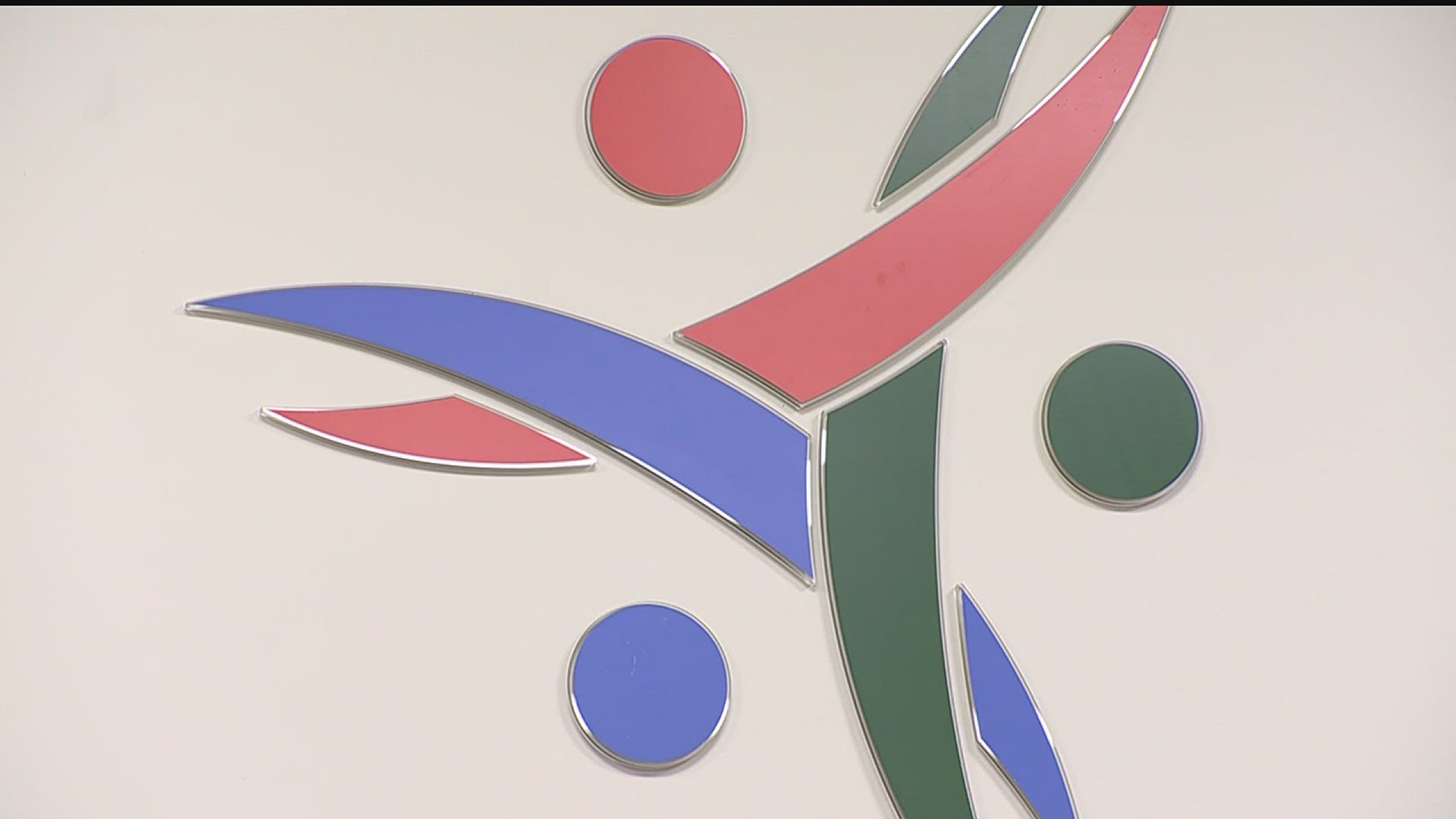 MILLERSBURG, Pa. — After being diagnosed with Stage 3 brain cancer in 2016, Eric Erdman of Millersburg, Dauphin County started his own foundation, T.E.K. Foundation/Give a Child a Voice.

A little more than five months ago, Eric was given six months to live and wanted his next project to be the biggest one yet.

Recently, Eric and his foundation hosted a national competition for a gym giveaway. Over 100 schools across the country, and even Australia, submitted to get a new fitness center.

The only escape for Eric when he was younger, was the weight room. Where he was able to find himself.

Along with Make A Wish, his first gym was put in at Millersburg High School. Give a Child a Voice, Volume I, that gym has since won a regional and national award, but Eric wanted to keep going. He then redid neighboring school Halifax High School's weight room, Volume II.

Eric has always wanted to write a book. The weight rooms are volumes to his story.

The third gym came down to two schools, one in California and one in Texas.

Eric and the foundation selected Dallas Texas Life School Oak Cliff, who has recently faced obstacles of their own with the loss of students to violence and suicide.

Eric making a difference over 1,600 miles away, adding a third volume.

"We keep driving to keep changing lives and, hopefully, one day this will be even bigger,' said Eric Erdman, T.E.K. Foundation/Give a Child a Voice. 'I love it. I love doing this stuff. It gets me up in the morning and keeps me driving forward."

Being diagnosed with cancer, only made Eric stronger. The foundation has given him the opportunity to find his voice and speak about his past with child abuse, bullying and, now, cancer. Being the voice of others that have not been able to speak out or just being able to have a listening ear to anyone who faces tough obstacles in their life.

"I think it made my life easier in the way of helping me get through the day, said Eric. 'You know, when I'm down and out, I can rely on my mom and brother and also rely on the foundation."

Stronger than his battle scars from surgery and cancer treatments, he surrounds himself with his second family. Everyone who has joined the foundation along the journey. Donating and doing as much as they can to keep writing chapters in his story.

"As selfless as he is, said Greg Scheilder, Mi Windows and Doors. 'You know, he does nothing but give his time and I'm much older than he is and I wish I was half the person that he is."

First getting an email from Eric for his first project, only looking looking for an estimate. Never expecting the next email.

"We said, let's not just estimate it. Why don't we do it, said John Lehmann, Poole Anderson Construction Senior Vice President, because you can build a lot of really cool, fun stuff but none has as much meaning as this one."

Aside from the gyms, Eric continues to take his foundation to highest level in motorsports, NASCAR. His aunt, Angela Ruch currently drives in the NASCAR Truck Series, painted with the foundation on her truck.

Eric doesn't have anymore doctor appointments, he's on morphine to manage the pain.