The public comment period ends on June 30. The Board of Governors is expected to vote on the consolidation plan in July. 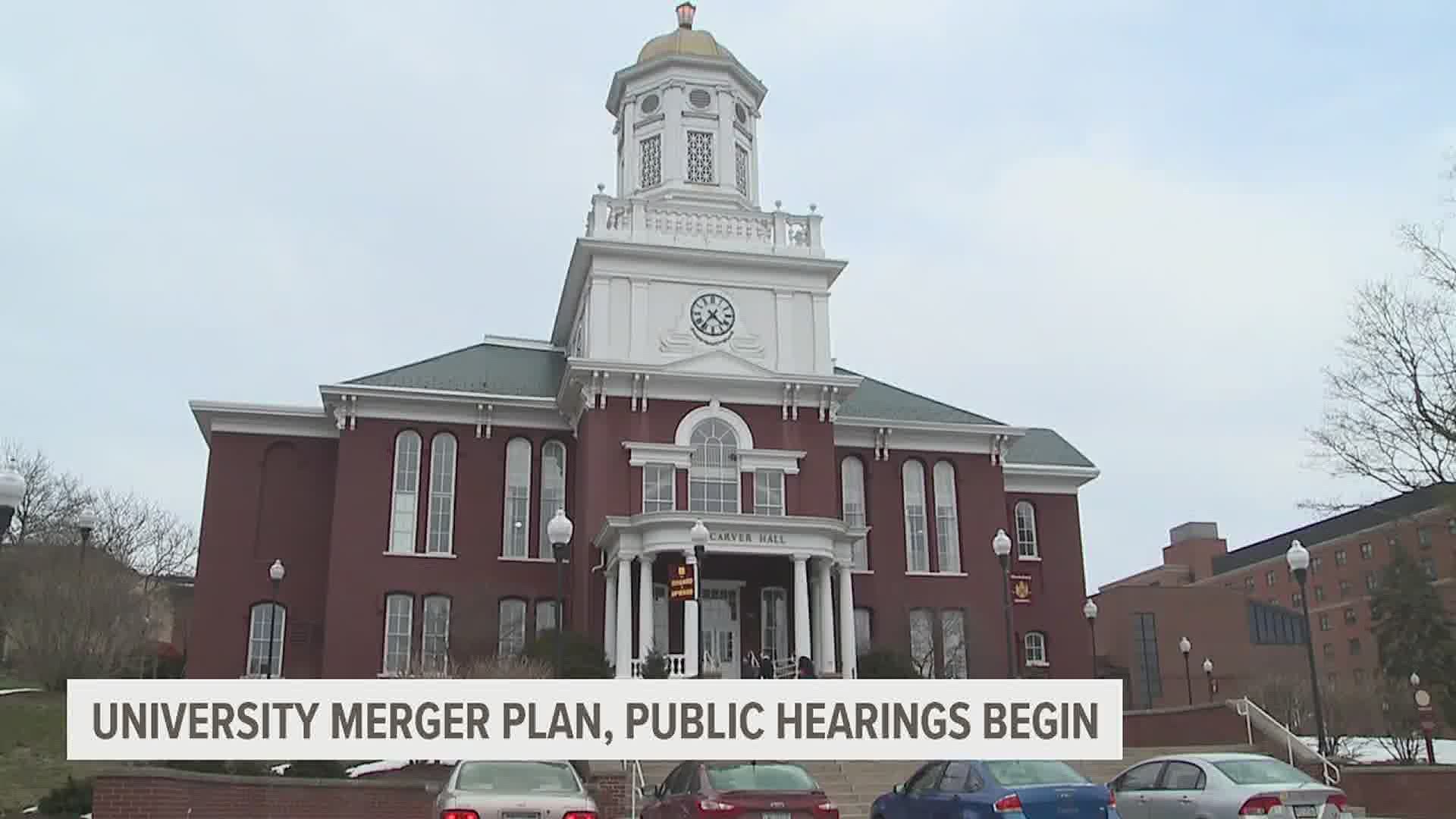 The first two hearings are scheduled for Wednesday morning.

While the hearings are part of the transparent process outlined in state law, officials say feedback from the public is a critical part in this process to expand student opportunities.

Officials said their proposed plan to merge several Pennsylvania universities is a cost saving measure, and could save over 18 million dollars over five years.

Supporters of the plan say schools will not survive without the merger, while those against it argue about the many people who could lose their jobs and the negative impact it would have on local economies where the schools that could potentially close are located.

Many students who do not support the plan are trying to speak out in the process, hoping their voices are heard.

"I speak for the majority of my peers here at Lock Haven, that we do not support this merger," Kyle Schlecht, a student at Lock Haven University, said. Students at Lock Haven stand alongside the wonderful faculty who's jobs are on the line with this merger.

The hearings over the next few days will include brief presentations by system leaders. The public hearing will also have give people an opportunity to voice their concerns about the proposed plan.

The schedule for the hearings is as follows:

Over the course of the 60 day public comment period. officials are also going through the comments that have been submitted online.

An alum and faculty member of Edinboro University, Sam Claster, who is not in favor of the proposal says the consolidation plan just briefly mentions the community impact which he thinks is a problem.

"Beyond the unacceptable consequences for individuals who will lose their jobs, the spill over effects will cascade the regional economy resulting in spikes in poverty rate," he said. "These local economies simply can not sustain this level of damage and I urge the board members to review this report and very seriously consider its implications."

He also grew up in the area, and has family members who own small businesses in the community.

Claster said a project of this magnitude should provide more details into how the potential merger could be devastating for businesses.

We’re minutes away from the first of four public hearings, regarding Pennsylvania’s State System of Higher Education (PASSHE) on their proposed plan to merge six universities into two institutions.

You can submit your feedback until June 30th. @FOX43 pic.twitter.com/VGHkrFTsYh