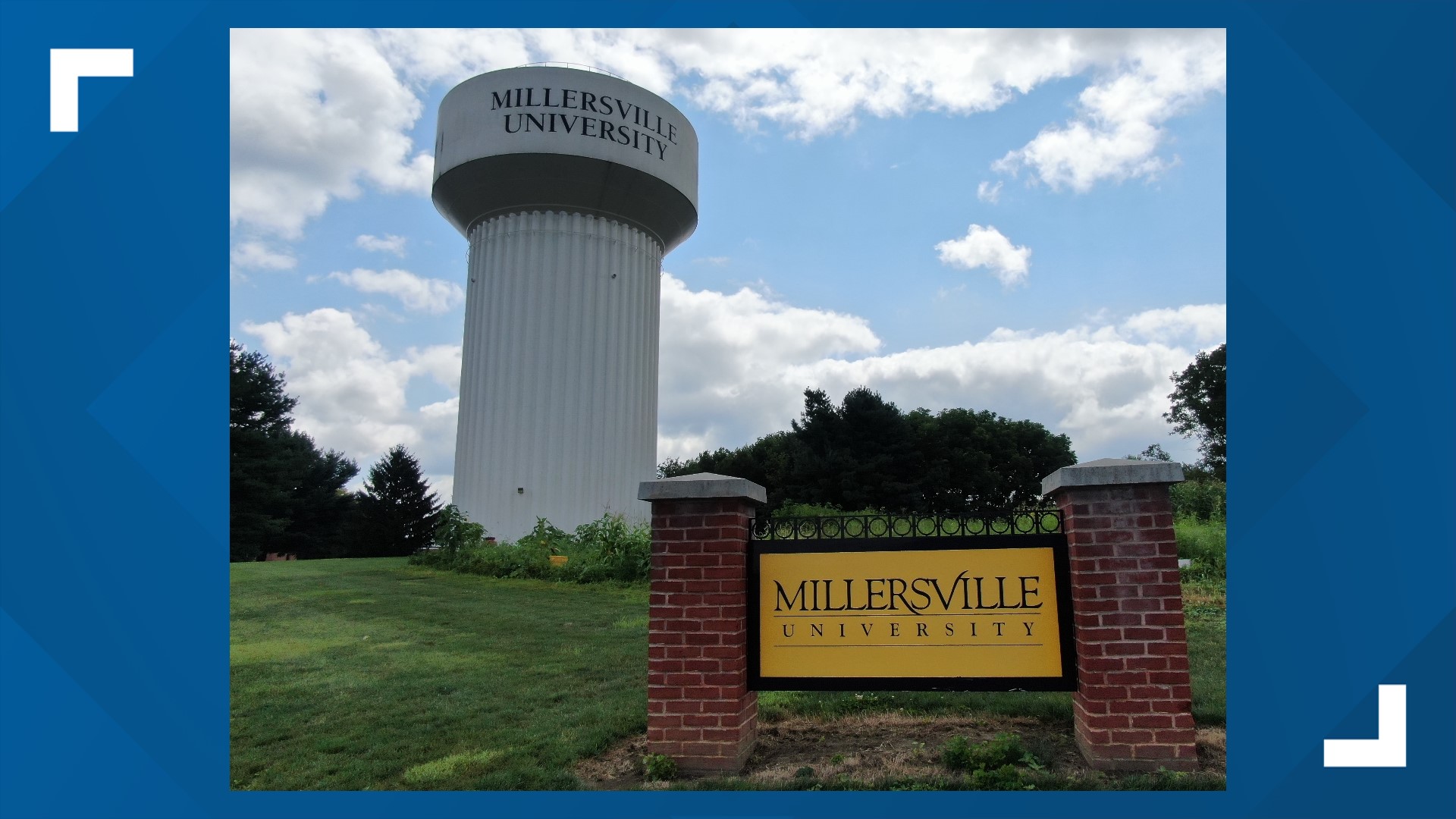 PENNSYLVANIA, USA — Colleges across Pennsylvania may be less busy this semester as fewer students are on campus.

According to data from the State System of Higher Education, fall enrollment at the 14 state-owned universities is 93,704 students, the lowest number in nearly two decades.

“I was supposed to have roommates but my roommates didn't even show up,” Millersville University student Dante McLeod said.

Millersville University is one of the schools whose enrollment has dipped as the university has 322 fewer students compared to the 2020-21 school year.

A high school guidance counselor believes the COVID-19 pandemic is to blame.

“I think the most recent numbers are in fact caused by COVID," William Probert, a guidance counselor at Dallastown Area High School said. "I think students are a little apprehensive about spending money at any university. Just not knowing if they’re in person or virtual."

Although the number of students on Millersville's campus has dropped, administrators say they're seeing an increase in one area.

“We have had a 66 student increase of first-year students in the last year,” spokesperson Gregory Freeland said.

To attract students, the university is upping its fundraising efforts.

“We’re in the middle of a six-year fundraising campaign aimed towards scholarships and student success," Freeland said. "And we’re already at $80 million with a goal of $90 million."

With the lack of students on campus, some say there’s little cooperative learning in the classroom, but there’s also a silver lining.

“There not being a lot of students, professors can get more of a hands-on experience with students,” McLeod said.

In a statement, the admissions team said that since 2020, SAT testing has been fully optional after it was part of a pilot program in 2017.

To boost enrollment, the university plans to implement new programs “to ensure local, regional, and national workforce needs are met” as well as hosting open houses to meet prospective students.