YORK TOWNSHIP, YORK COUNTY, Pa. — A doctor at WellSpan Pulmonary & Sleep Medicine in York Township has been charged with aggravated indecent assault a... 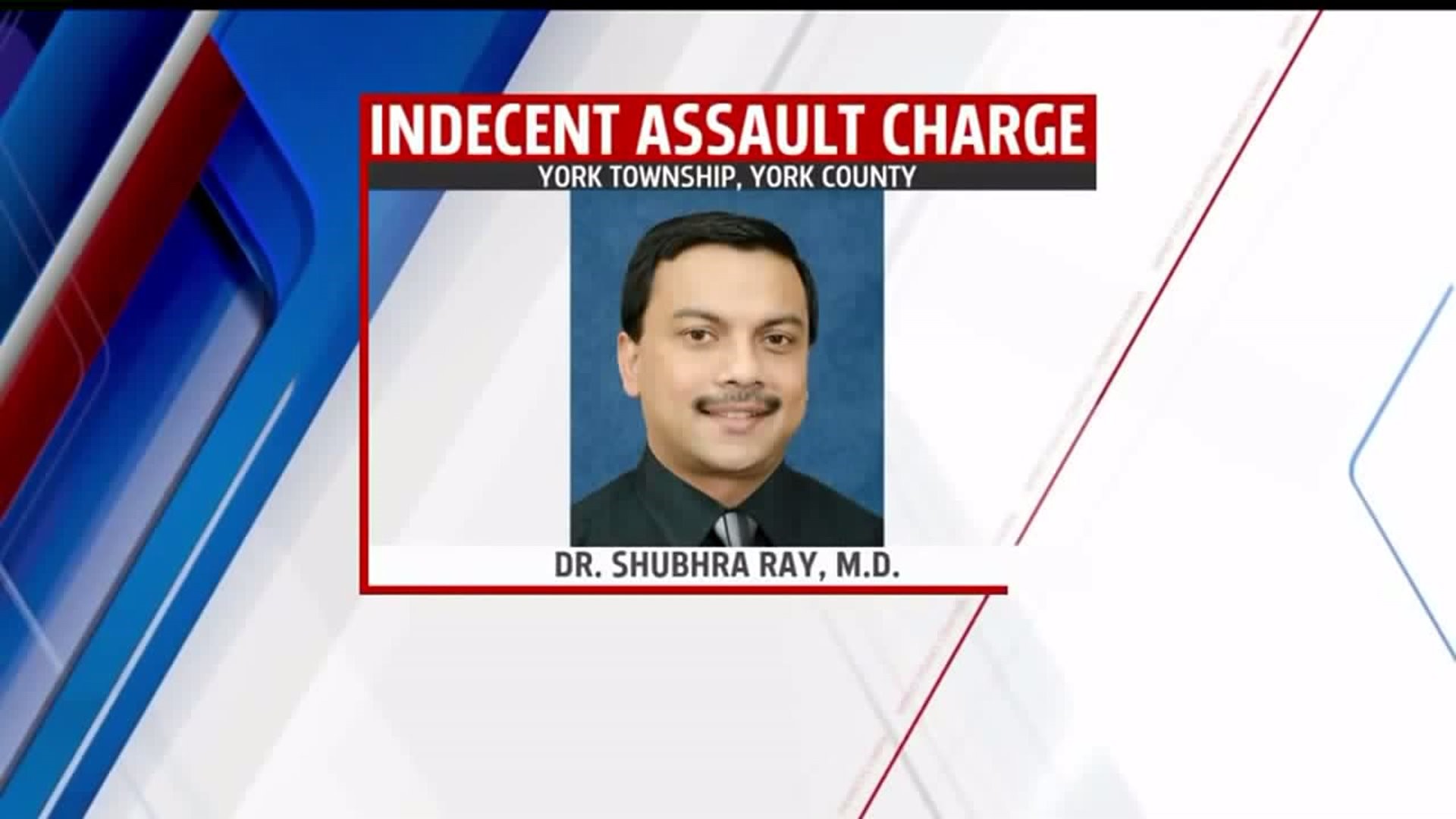 YORK TOWNSHIP, YORK COUNTY, Pa. -- A doctor at WellSpan Pulmonary & Sleep Medicine in York Township has been charged with aggravated indecent assault and two counts of indecent assault after multiple female patients accused him of inappropriate contact during examinations, according to a criminal complaint.

Dr. Shubhra Ray, 46, of the 800 block of Nightlight Drive, York, was charged Tuesday after a York Area Regional Police investigation of the allegations, which were first made in February, according to the complaint.

WellSpan spokesperson Ryan Coyle released the following statement after the charges were filed against Ray:

"We take these allegations seriously and have taken immediate action upon learning of them. We conducted a thorough investigation and have continued to cooperate with investigating authorities. Despite being unable to independently confirm these allegations, we put in place measures to continue to ensure the safety of patients. The physician is on a leave of absence until further notice.”

Coyle did not specify if Ray took the leave voluntarily or not.

The first suspected victim reported Ray to police on Feb. 22. She said she had been visiting WellSpan Pulmonary & Sleep Medicine for chronic obstructive pulmonary disease and emphysema treatment for the last five years.

The victim claimed Ray listened to her lungs at an initial visit, and a nurse was present the entire time. But in subsequent visits, the victim reported, Ray would see her alone in the examination room, and would not leave the room when she removed her bra. The victim told police she felt like she was "braless for an overly long amount of time" when Ray examined her, according to the complaint.

On March 8, 2018, the victim said, Ray was alone in the exam room with her when allegedly told her to remove her bra, and asked if she was having any trouble breathing or had any swelling, police say. The victim said she had a small lump below her right collarbone and asked Ray if she should be concerned about it.

Ray allegedly examined the woman on both breasts and lifted her nipples, the victim told police.

The victim told police she confided in a nurse before another appointment with Ray, and the nurse told her she should report Ray, the complaint states.

The nurse also agreed to remain in the room for the exam, the victim told police, and Ray seemed surprised and uneasy. He allegedly did not have the victim remove her bra before listening to her lungs.

When the exam was finished, Ray allegedly told the nurse she could leave the room, but the nurse did not leave, police say. She stayed until the victim was dressed and then escorted her out.

About a week after the victim spoke to the nurse, a senior practice manager at WellSpan Health contacted the victim about the incidents, police say. The victim reported that she felt her concerns weren't taken seriously, according to police. The victim told the WellSpan official she wanted to file a formal complaint.

The second victim reported another allegation against Ray on March 5, police say, referring to an exam she had with Ray on Sept. 25, 2018.

During the exam, the second victim reported, Ray had her expose her breasts, and later "groped" her, police say.

No one else was in the room when the alleged contact occurred, the victim told police.

The victim said she felt "very violated and upset."

The second victim later reported the incident to her father and filed a complaint with the practice. An official allegedly "acknowledged improper procedure without a chaperone and wanted to try and resolve things with her," according to police.

Donalene Gohn, a medical assistant who had worked with Ray for the past six or seven years, is the person the first victim confided in, police say. Gohn told police there was a "possible" policy regarding the presence of someone in the exam room with female patients, but the policy was not being followed. No other doctors in the practice did breast exams or had patients take off their pants, Gohn told police.

Dr. Elizabeth Hall, medical director at the practice, allegedly told police that Ray was placed on administrative leave during an internal investigation of the complaints against him.

The practice also issued a reminder to doctors to have a chaperone in the room with female patients, police say.

Pamela Meyer, the practice's office manager, allegedly told police that Ray was "stunned" by the allegations.

Police say they spoke with several witnesses, who corroborated the victim's accounts.

FOX43 looked up Ray on Google, and we found a similar complaint about Ray posted on a doctor grading website.