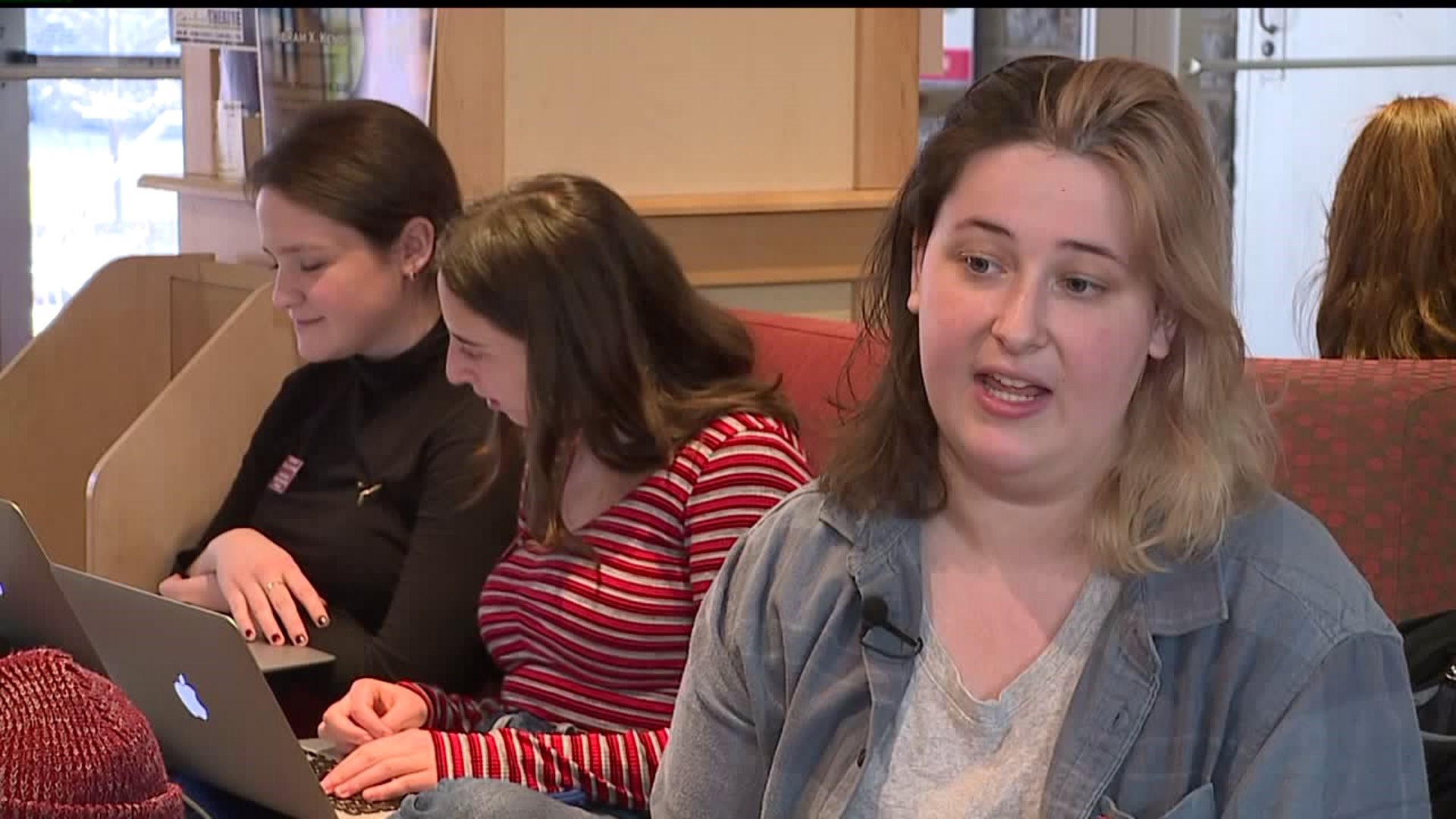 CARLISLE, Pa. - Hundreds of students protested with a sit-in at Dickinson College Monday over it's Title IX sexual assault process. Title IX is a law that protects people from discrimination based on sex in education programs that receive federal assistance. In other words, students want the College to change the way it handles sexual assaults on campus. They said they won't move until a list of 17 demands are met.

"They need to actually take actions to support survivors on campus," Rose McAvoy, a student, said.

McAvoy was sexually assaulted on campus in 2017. She described the long, grueling process to get answers, and see action, in an editorial she submitted to the student paper.

"I actually also happen to be one of the two people who she mentioned in the article," Lissy Gold, another student, said. "Who was assaulted by her assaulter while he was under the open investigation. And I didn't know that he was when I met him. He was still involved with extracurriculars."

Federal Title IX guidelines require schools to complete investigations in a timely manner. McAvoy said her investigation lasted 7 months. 209 days. A process that should've taken 60 days, under the school's harassment and misconduct policy. McAvoy said after her attacker was found guilty, he was put on probation for one semester and a no-contact order was put in place. McAvoy said Dickinson removed that protection, the school would not comment.

FOX 43 asked Brenda Bretz, the VP of Institutional Effectiveness and Inclusivity, if Dickinson dropped the ball in this case:

"I would say it took too long but I would say otherwise we have tried to be supportive and we have certainly made changes to every part of the process since then," Bretz said.

Now the school has a Title IX office with two full-time Title IX coordinators. McAvoy has presented the school with a list of demands, including that Title IX investigations must be completed within 90 days, and a second incident of sexual assault must result in expulsion.

"We have put a lot of actions in place," Bretz said. "And we will continue to do that, and some of the things I heard this morning, I think we can easily implement very quickly."

"When they talk to me, they're very supportive," McAvoy said. "When they talk to an entire group of people they are not. So I really don't have a lot of trust in what they say to me. I'm more interested in their actions."

Students could be protesting for day. There is a committee meeting happening Tuesday morning to discuss that list of demands.