CUMBERLAND COUNTY, Pa. — A Cumberland County father was sentenced Thursday to life in prison for the 2015 death of his infant son. The sentence came momen... 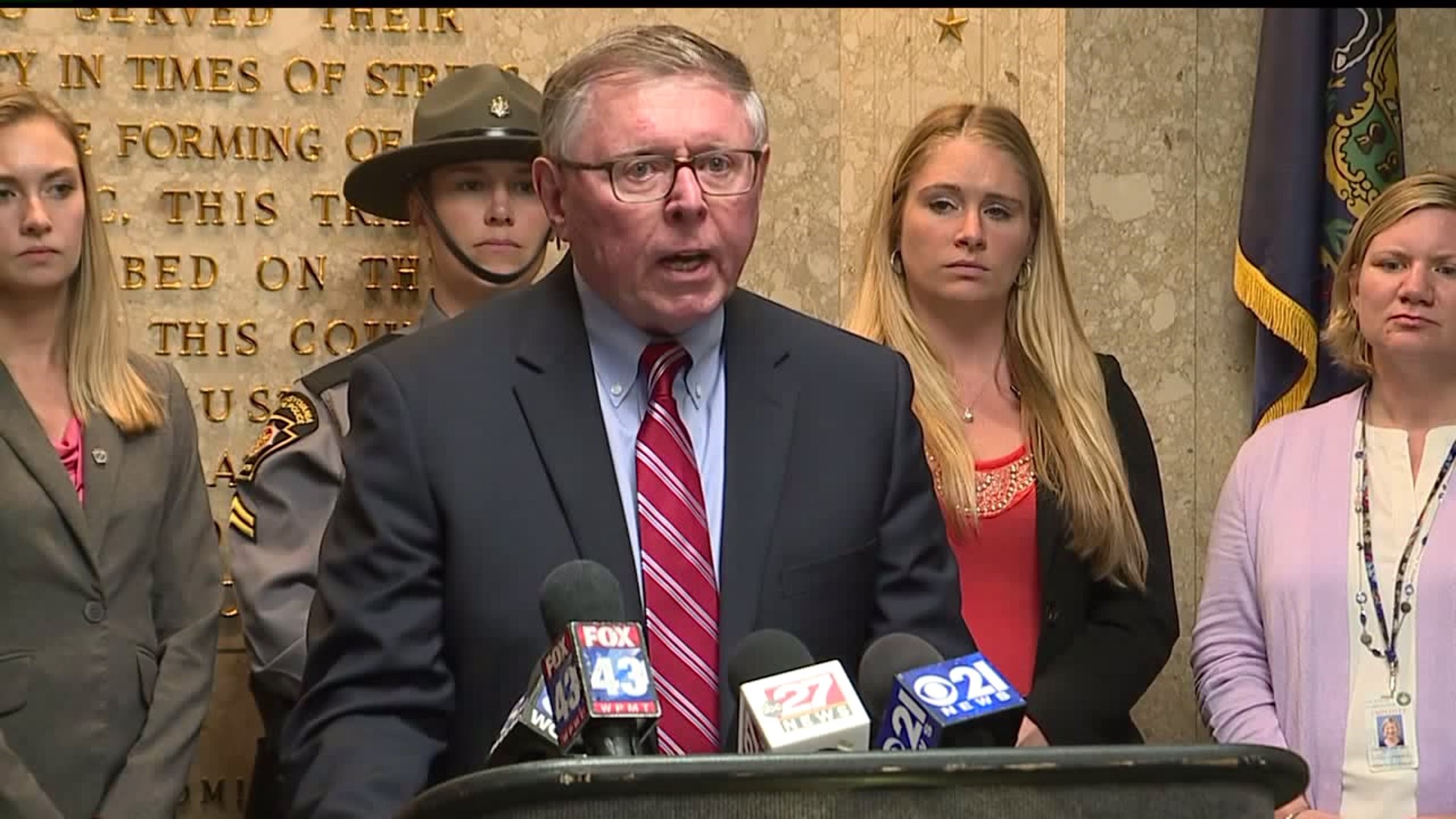 CUMBERLAND COUNTY, Pa. -- A Cumberland County father was sentenced Thursday to life in prison for the 2015 death of his infant son.

The sentence came moments after John Howard-Bee, 26, pleaded no contest to first-degree murder.

Thursday was supposed to be the fourth day of Howard-Bee's trial for the November 2015 death of his six-week-old son, Connor.

Howard-Bee admitted to "shaking, striking and forcibly dropping" his son multiple times between October 2015 and November 2015 at his home in Spring Garden Estates Mobile Home Park in South Middleton Township.

A forensic pathologist determined the injuries the infant suffered could not have been accidental. Those injuries included 59 fractures throughout the skull, rib cage and arms and legs. He also sustained brain damage.

Cumberland County District Attorney Skip Ebert tearfully called it the worst case of child abuse he has ever seen.

"This was (a) tiny child who had no chance at life," District Attorney Ebert said. "During the short six weeks of his life, he was never tendered any medical treatment for any of these injuries.

"Nothing can bring back baby Connor, but we can now take some measure of solace in knowing his killer has been held accountable."