According to a press release from the police department, they were notified Friday morning that a member of their force had been arrested by the FBI. 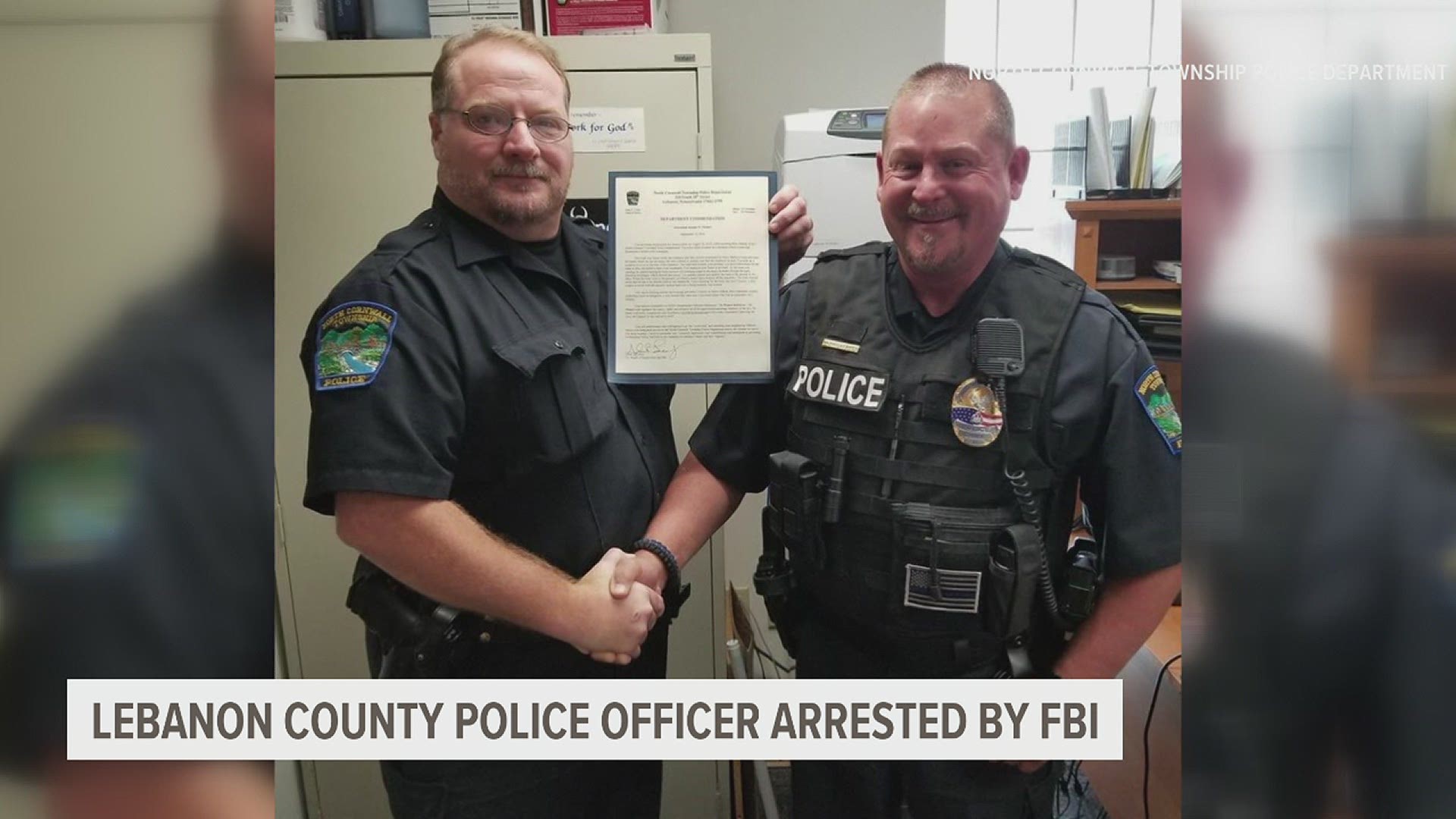 LEBANON COUNTY, Pa. — A North Cornwall Township Police Officer has been arrested by the Federal Bureau of Investigation (FBI) and is facing charges for their role in the U.S. Capitol riot on Jan. 6.

According to a press release from the police department, officials were made aware on the morning of Feb. 19 that a member of its police force had been arrested by the FBI.

The department denied having any knowledge of Fischer's actions prior to Friday.

The FBI has identified that officer as Joseph Fischer, 54, and say he he had has initial appearance in federal in court in Harrisburg on Friday at noon.

Fischer has been detained in Dauphin County Prison pending a preliminary hearing. He is charged with obstruction of law enforcement during civil disorder, knowingly entering or remaining inside a restricted building, violent entry and disorderly conduct on Capitol grounds, and obstruction of justice/Congress, according to a complaint affidavit released by the FBI.

The FBI said Fischer was charged when investigators learned a Facebook user with the account name SV Spindrift had bragged about entering the Capitol building during the riot and posted a video in which he can be seen at the front of a pack pushing against police outside the building.

Investigators subpoenaed Facebook to obtain contact information for the SV Spindrift profile and traced it to Fischer by the email address listed for the profile, according to the complaint.

Cell phone tower analysis determined that Fischer's phone was active on Verizon towers servicing the U.S. Capitol building between 3:19 and 3:28 p.m. on Jan. 6, the complaint states.

Fischer also posted several photos of him in attendance at the Stop the Steal rally before and during the riot, according to the complaint. In comments posted on his Facebook page, Fischer allegedly describes making it inside the building and being pepper sprayed, the complaint states.

Videos from other sources appear to depict him among the crowd inside the building, the FBI says.

The FBI also discovered a series of Facebook Messenger exchanges with another Facebook user in which Fischer allegedly says he "might need a job" after "word got out" he was at the rally.

"I have no regrets and give zero (expletives)," Fischer says in one message.

You can read the full press release from the North Cornwall Township Police Department here:

North Cornwall Township was made aware that, earlier this morning, a member of its police force was arrested by the FBI on charges stemming from the January 06, 2021 incident that occurred at the United States Capitol building.  No Township official had any knowledge of this individual’s actions prior to his arrest.

The Township recognizes every citizen’s right to free speech; however, each citizen must also be accountable for his or her actions.  Accordingly, as required by the Pennsylvania Confidence in Law Enforcement Act, the police officer was immediately suspended without pay pending the disposition of these charges.