Veteran has American flag stolen out of his yard, Tempe police searching for suspect

The perpetrator can be seen on camera trying to apparently light the flag on fire before stealing it. 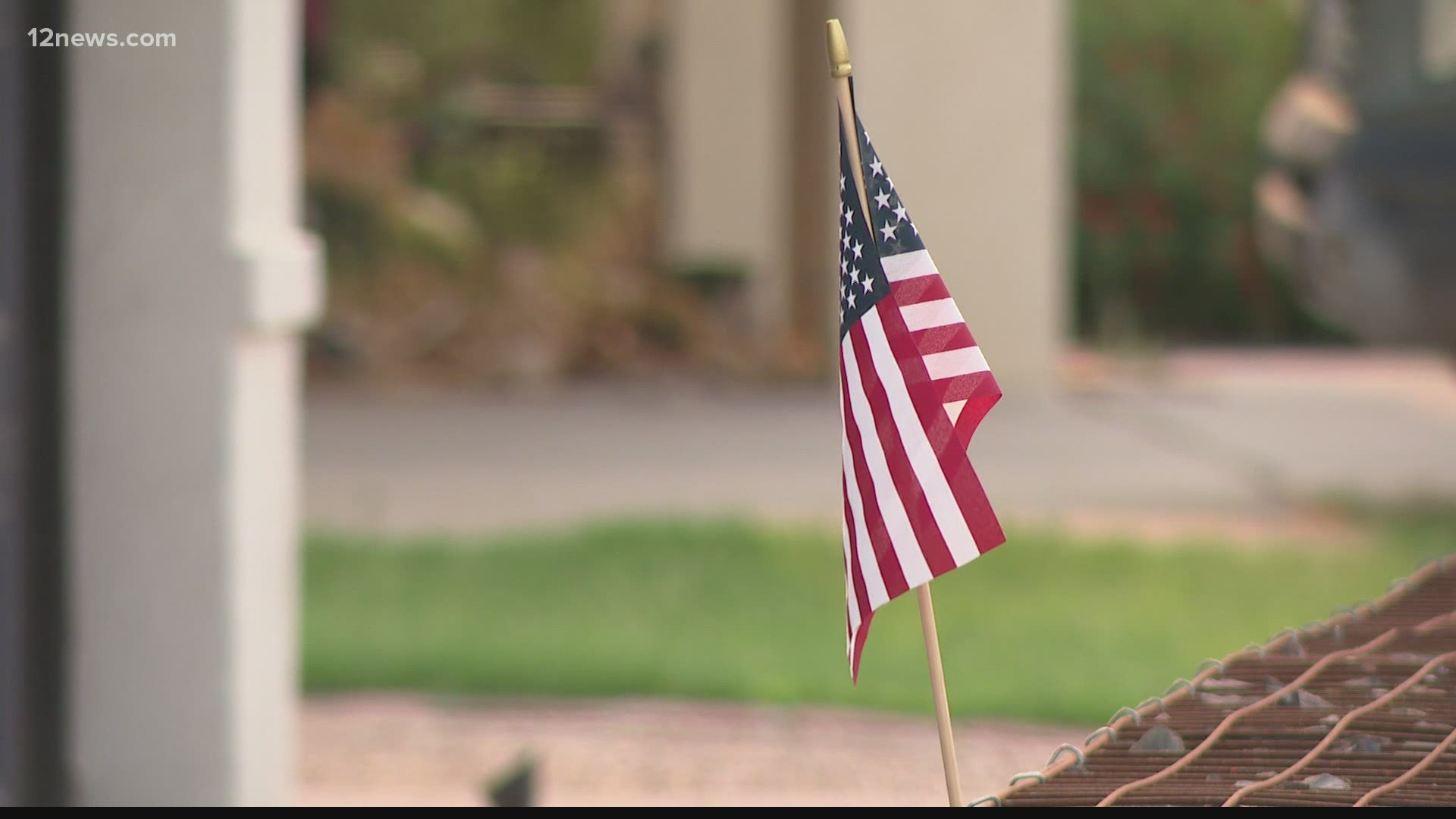 TEMPE, Ariz. — On this flag day, Tempe police are investigating a flag stolen from a veteran’s home. It happened days before memorial day, and the culprit is still out there.

The victim, Adam Douglas, caught the suspect on camera with his home camera. In it, the person appears to fail when trying to light it on fire with a propane tank before stealing it. The video only shows the back of the suspect.

For Douglas, the crime is personal. He’s a veteran who served as a captain in the US Army.

“It represents freedom… it’s just a remembrance of anyone who has served and continues to serve,” Douglas said.

Other people in Douglas’ neighborhood have flags in front of their home too. He says he’s not sure why he was targeted. He moved into the neighborhood about a year ago.

“I can’t even imagine what they’re thinking or they have such hatred towards America,” Douglas said.

The suspect appears to have walked to his home.

“I hope someone sees this. It’s a blatant disregard for my property and the meaning behind the flag,” Douglas said.

12 News is honoring the brave men and women who are currently serving and have served in the United States's armed forces. See their stories on our 12 News YouTube playlist here.