Cooper Lamb, 20, was handed a felony charge of aggravated assault. 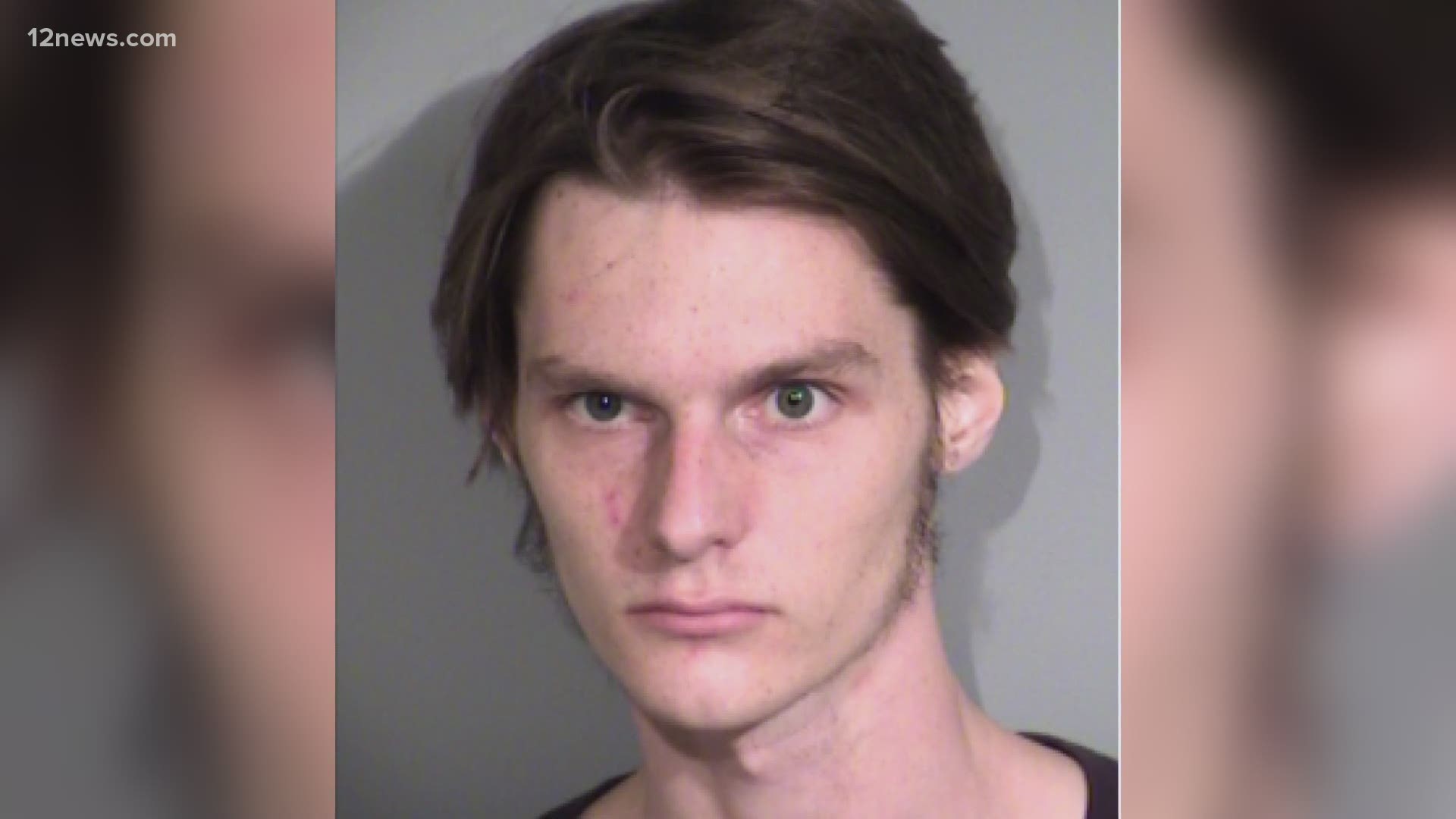 PINAL COUNTY, Ariz. — The son of Pinal County Sheriff Mark Lamb was arrested on Wednesday after authorities say a test confirmed he was under the influence during a crash that seriously injured a bicyclist.

The crash happened last July along Gary Road in Pinal County, when police say Cooper Lamb, 20, was behind the wheel of a car that collided with a man on a bicycle.

The speed limit on the road is 35 mph.

As the road curved left, Lamb hit a man on a mountain bike going the same direction from behind, causing him to hit Lamb's car's windshield and roof before sending the cyclist to the ground.

The victim was hospitalized with a cervical spine fracture, a leg fracture and several cuts.

Lamb was handed felony charges of drug possession and aggravated assault. He was arrested by the Maricopa County Sheriff’s Office after self-surrendering on Wednesday and has since been released from jail.

Deputies at the scene wrote they believed Lamb was under the influence at the time of the crash.

They took a blood sample, which was not processed for months.

Court documents show a toxicology screen found Alprazolam and Etizolam in Lamb's blood above normal levels. Both drugs are antidepressants.

During a court hearing, prosecutors told the judge they would drop a charge of possession of dangerous drugs, since Lamb only had the drugs in his blood and not on his person.

Lamb was released without bond as prosecutors agreed he was not a flight risk.

Lamb is scheduled to be in court on Jan. 25.