Marisel Toro, 20, and Wyatt Jones, 25, are facing a myriad of charges after sexually assaulting a newborn child for a period of months in York. 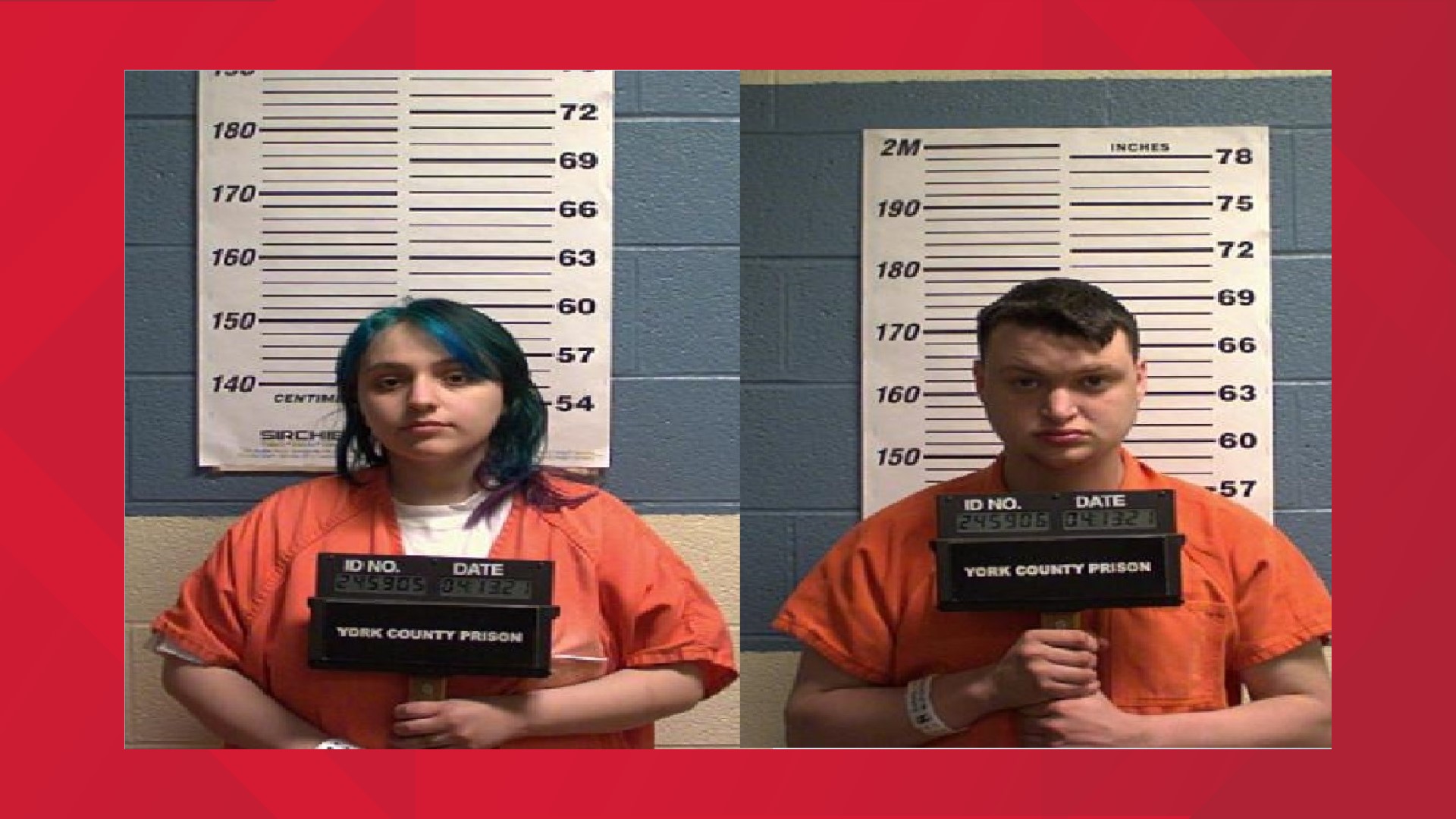 YORK, Pa. — A York City couple is facing charges after they allegedly sexually assaulted a newborn for a period of months.

Marisel Toro, 20, and Wyatt Jones, 25, are facing child pornography, dissemination of child pornography, indecent assault, and involuntary deviate sexual intercourse with a child charges for their roles in the alleged incident, according to police.

On April 12, York City Police were contacted by a police department in North Carolina regarding an investigation they were conducting.

According to court documents, in the course of that investigation, North Carolina detectives saw multiple videos of child pornography in the application "Kik" from user "southparkkid95."

York City Police were provided with a video of two suspects seen in the videos, as well as an intersection, mop, lattice and other identifying factors seen in the background.

Investigators were able to determine that the videos originated from a possible address in the 400 block of S. George St. in York.

Upon arrival, police were able to identify the intersection, lattice and other matching aspects to the video received from investigators.

When police served a search warrant, both Jones and Toro answered the door and were taken into custody.

After a sweep of the apartment, police located a three-month-old child asleep in a small bassinet.

During interviews with police, both Jones and Toro admitted to the sexual abuse of the newborn child, recording videos and taking images, and sharing them over the internet.

Jones told police that the abuse began when the child was only one month old.

Now, the couple will face charges.