Investigators are working to determine a cause of death. 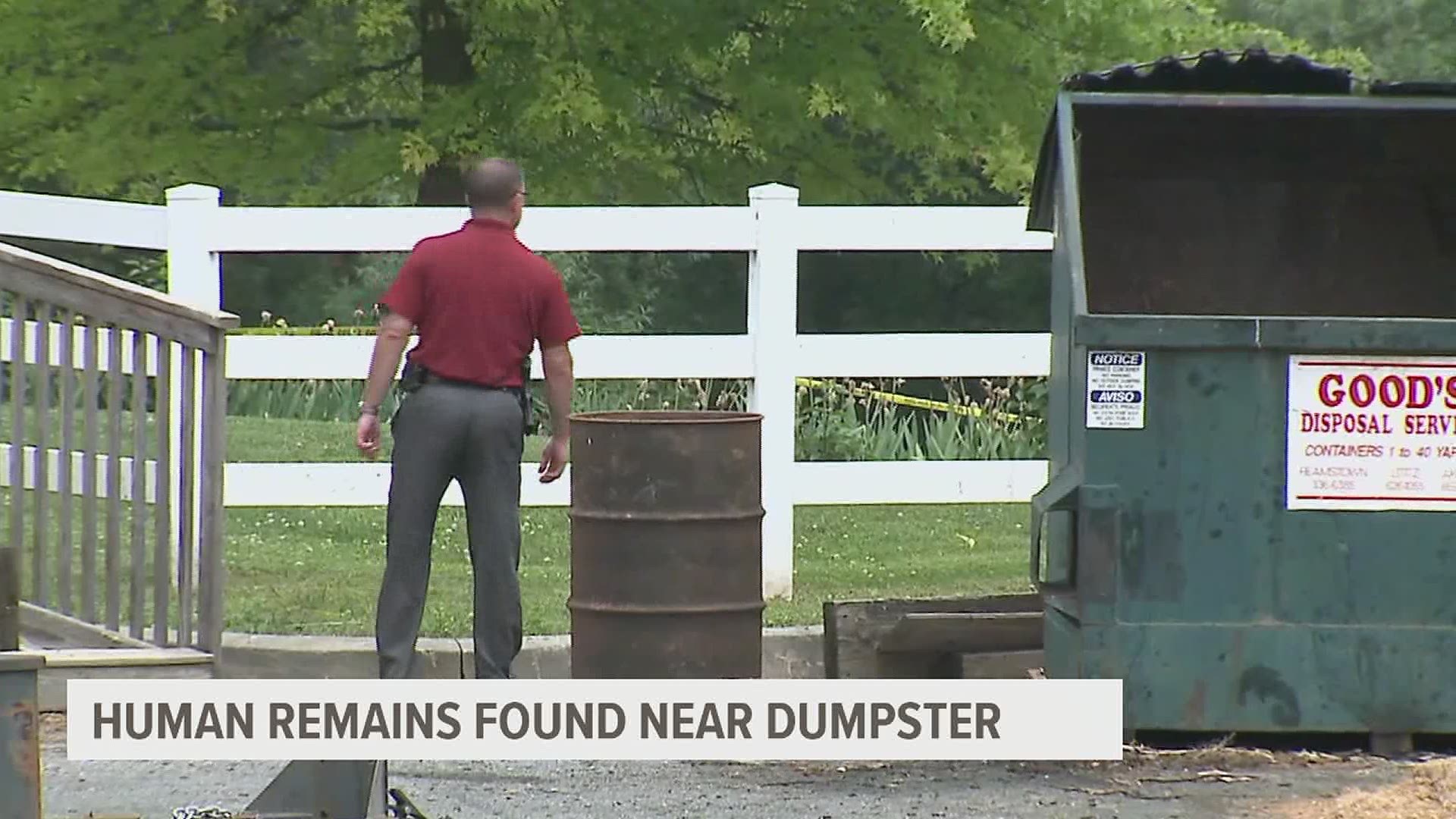 Diamantoni's office will attempt to use dental records to determine the identity of the remains, which were in an advanced state of decomposition.

The cause and manner of death are pending, Diamantoni said.

On June 9 around 9:25 a.m., police responded to the area behind the Target store in the 2300 block of Covered Bridge Drive for a report of human remains being found.

The remains were located by a worker at a local business in an area near a dumpster while taking out the trash, police said.

The remains were "badly decomposed" and had likely been at the site at least several weeks, according to Lt. Rob Eachus of the East Lampeter Police Department.

An autopsy is scheduled for either Friday or Monday, Lancaster Co. Coroner Stephen Diamantoni said.Investigators are currently working with the coroner to confirm determine a cause of death.

Police are reviewing any surveillance video made available by nearby businesses and are checking their missing person records for possible matches.

“This is a small town, small area, Amish, rural, so it’s shocking to hear,” said Shannon Thomas of Manheim Township.