Police: Justo Smoker was texting his brother during time when Linda Stoltzfoos disappeared

Smoker is accused of kidnapping the Amish girl on June 21. He sent 15 texts to his brother in the window of time where she vanished, unsealed documents say 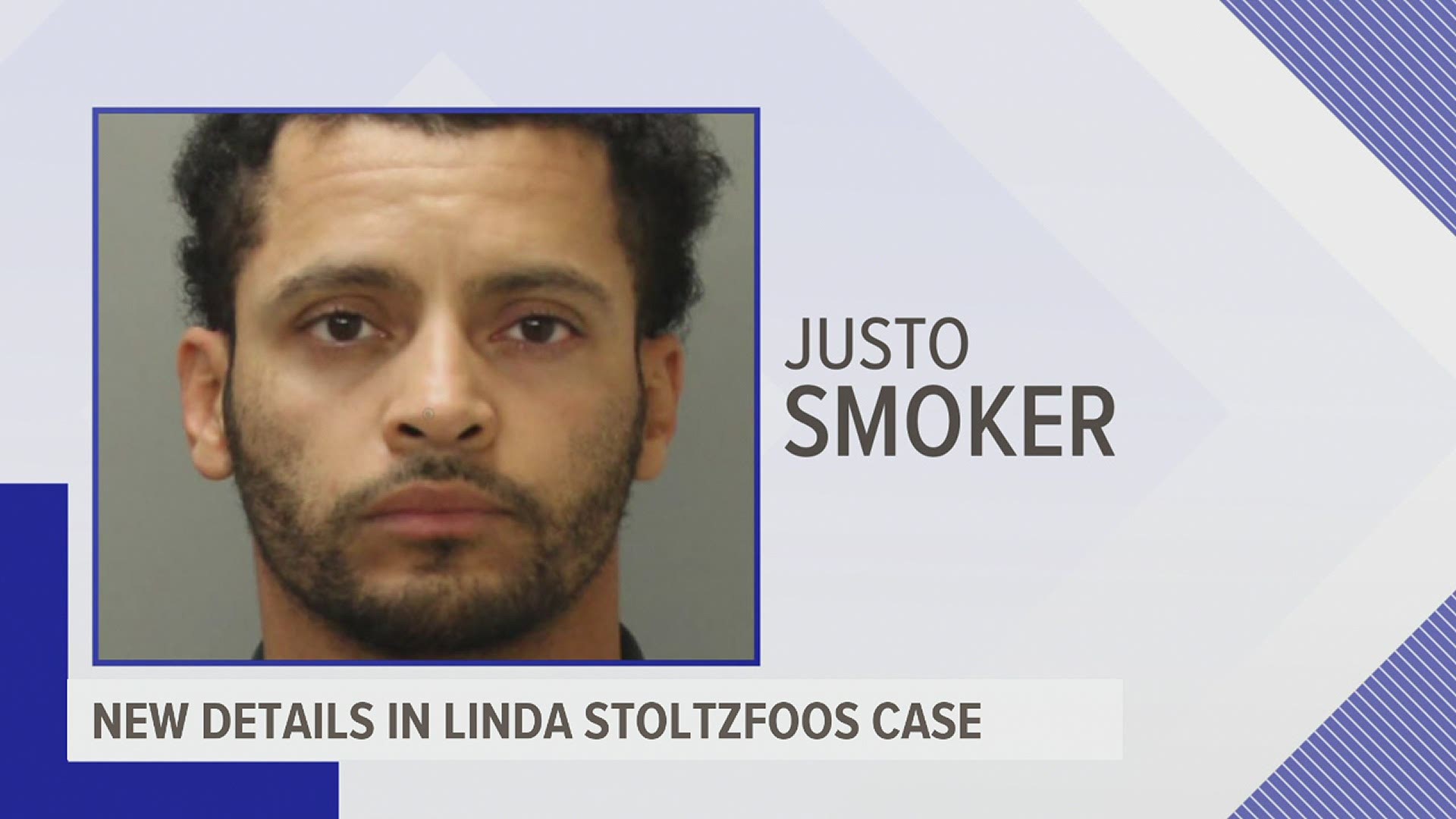 LANCASTER COUNTY, Pa. — The suspect accused of kidnapping Linda Stoltzfoos on June 21 sent numerous text and multimedia messages to his brother during the window of time in which the Amish girl went missing, according to recently unsealed court documents.

Justo Smoker, 34, of Paradise Township, is charged with kidnapping and false imprisonment in connection to the disappearance of the 18-year-old Amish teen, who was last seen as she left a church service to walk home on the afternoon of Father's Day.

Jones also applied for warrants to search Smoker's car, his Paradise Township apartment, and a storage locker he rented on the 3300 block of Lincoln Highway in Paradise.

In the warrant to examine Smoker's phone, Jones said he obtained records that showed Smoker texted his younger brother 15 times between 1 p.m. and 3 p.m. on June 21.

Stoltzfoos was last seen around 12:40 p.m. that day, police say.

In his application for warrant to examine Smoker's phone, Jones said the time of the texts Smoker sent his brother "would be directly after Linda Stoltzfoos was kidnapped."

Jones said in his warrant application that by searching the phone, he was hoping to establish a timeline of events before and after Stoltzfoos' suspected kidnapping.

Police have not filed any charges against Smoker's brother.

During their investigation, police say they examined surveillance footage from a homeowner's security system that showed what they believe to be Smoker's car near where a woman -- believed to be Stoltzfoos -- is seen walking alone along Beechdale Road, near where her family's farm is located.

Investigators enhanced the video and were able to see a red or orange Kia Rio drive out of view. A male then comes back into camera range on foot and approaches a woman dressed in white. The two then walk out of frame in the direction of where the vehicle was last seen.

The area where the two people were seen interacting was less than a half-mile from Stoltzfoos' farm, according to investigators.

Investigators traced the registration of the vehicle seen on surveillance video to Smoker, who drives a red Kia, charging documents say.

In the application for a warrant to search Smoker's home on the 3200 block of Lincoln Highway, Jones said police were hoping to locate trace evidence "including but not limited to hair, fibers, blood, DNA, bodily fluids, latent fingerprints, (or) other debris."

Investigators were also looking for Stoltzfoos' clothing, including a tan dress, white apron, and bonnet, along with "any weapons or instruments of crime that could be used to further facilitate the furtherance of the crime of false imprisonment."

The application to search Smoker's car was also looking for trace evidence and any clothing belonging to Stoltzfoos, as well as "any documentation that shows the location of the vehicle from June 21 until present."

In the application for a warrant to search the storage unit, Jones said he was looking for evidence "linking Stoltzfoos to that location and to Justo Smoker."

It could not immediately be determined what, if anything, had been found based on the warrant application.