York city hall remains closed Friday after 'Chemical substance' poured throughout causes $350,000 in damage; one person is in custody

A Philadelphia man is facing charges after he allegedly caused damage to York City Hall on Wednesday night. 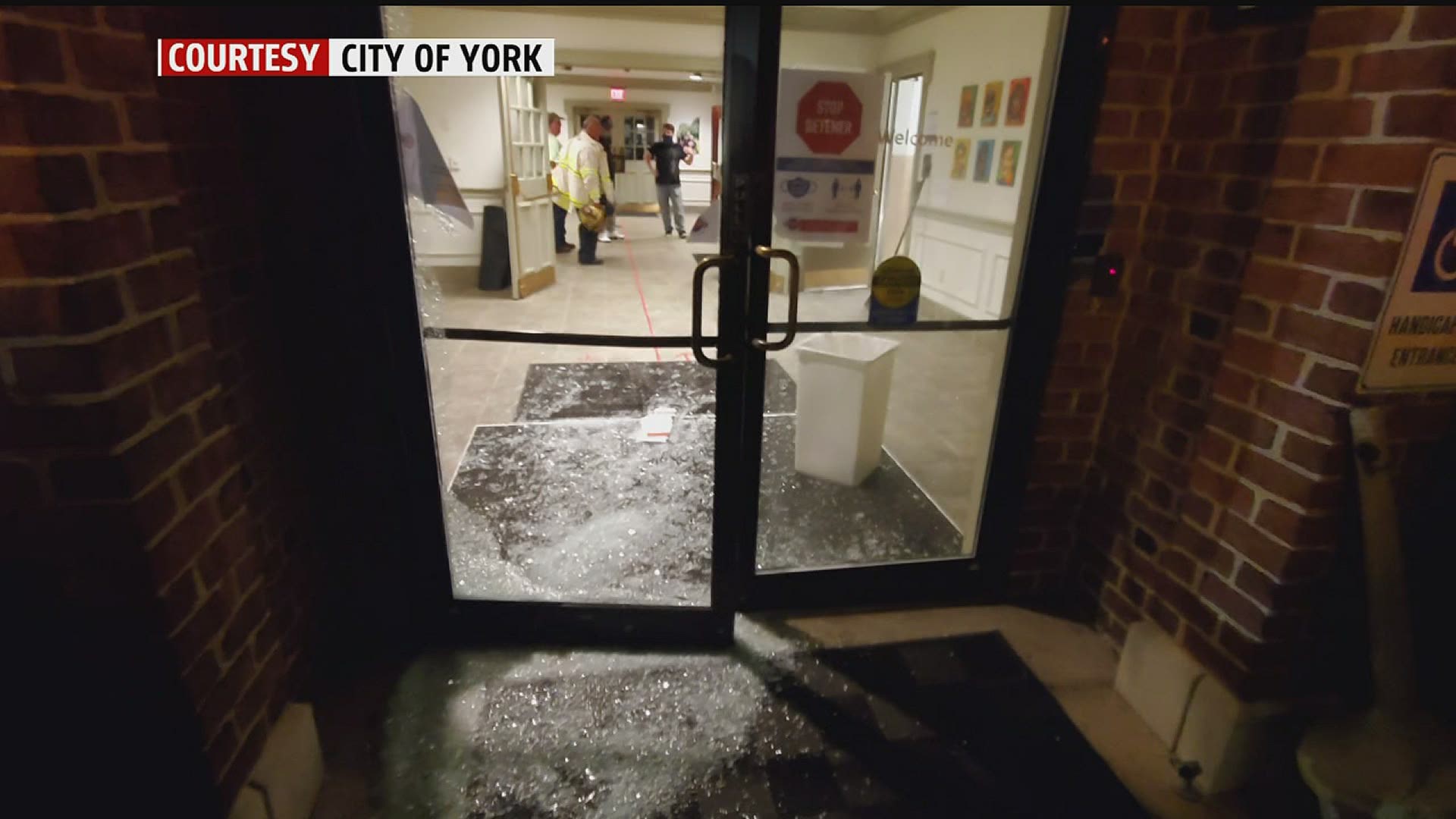 YORK, Pa. — UPDATE: York City Hall will remain closed on Friday, August 7. Crews are actively working to assess and repair the damage, with the goal of restoring operations as soon as possible.

York City officials call the damage inside York City Hall 'significant' and it is unclear when the building will be able to fully reopen again.

The path of destruction, officials said, damaged the City's phone lines and internet and also left the server dripping with liquid.

"There was a chemical substance that was poured over most of the equipment, our servers, the phone system, our internet access," said City of York spokesperson, Philip Given who later added, "the IT Department is located directly across from a janitor closet, janitorial closet, so the suspicion is that most of that substance came from that closet."

On Wednesday crews were hard at work fixing four doors as well at the building. But, city officials said the long-term impact has yet to be seen.

Police said Kevin Waller, 24, of Philadelphia was the man responsible for breaking into York City Hall Wednesday around 9 pm on South George Street. City officials said, a witness reported seeing a man bust through the rear door with a fire extinguisher and police arrived on scene to find the suspect in the basement. Waller is facing charges for burglary, trespassing, and criminal mischief. No motive has been released at this time.

Police records show Waller was also charged in a separate incident with trespassing that same day in Manchester, just hours before police took him into custody at York City Hall.

"I don't think at this point that we would call it a cyber attack," said Givens. "Right now, it's more about the physical destruction of that equipment."

The City of York said it is unclear when the building will be able to fully open again. They ask everyone to pay attention to the City's social media accounts and news outlets such as FOX43 for updates as the clean up process continues.

Meantime, The City of York announced the Treasurer’s Office, the department responsible for the receipt of all revenue for the City of York, has reopened to the public so customers can pay items such as parking tickets, sewer/refuse bills, and tax bills in person.