While JSO has not connected anyone to the death of Shirley Blakely, her family believes Johnson is responsible for her death because of the woman's last words. 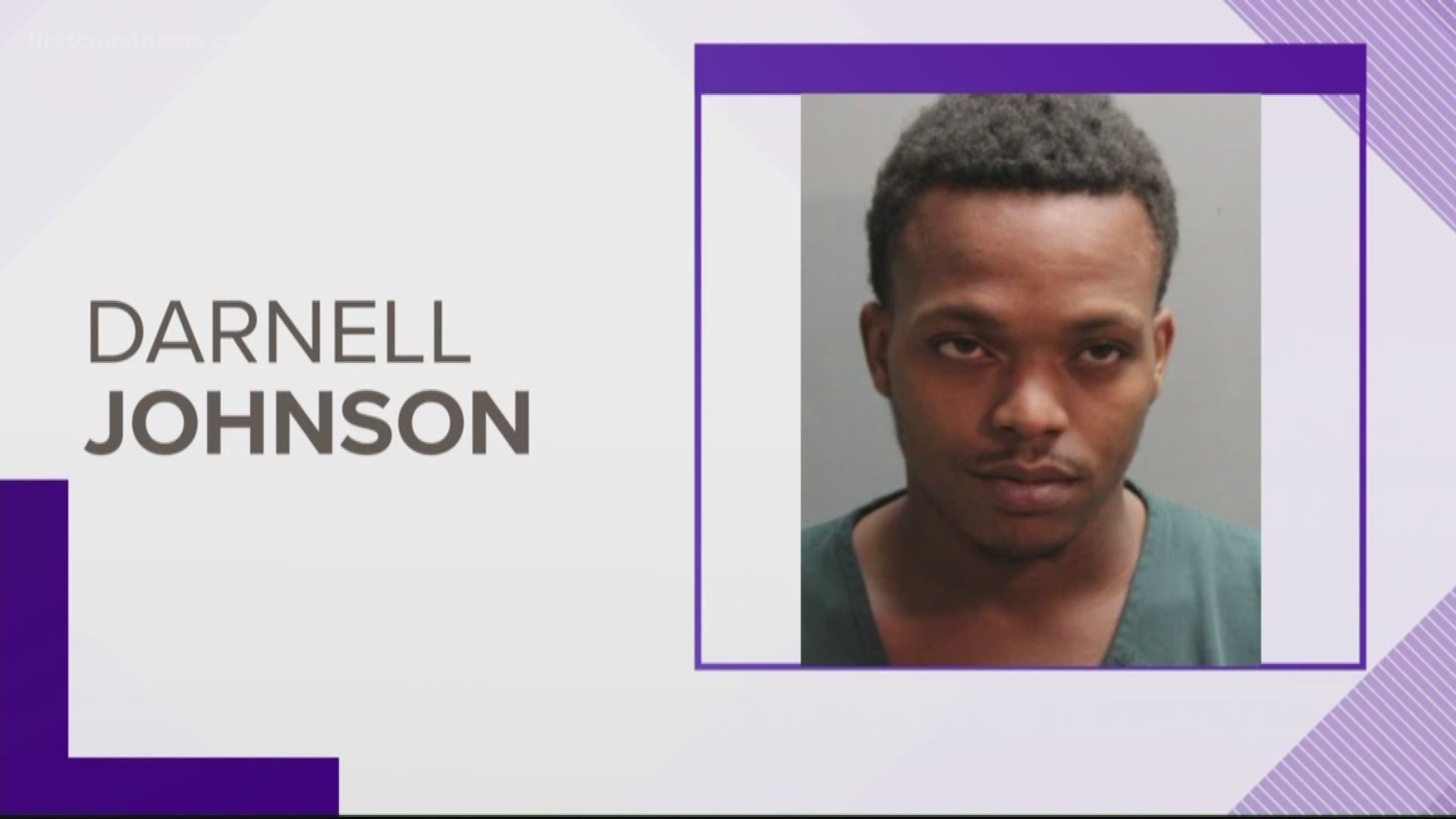 JACKSONVILLE, Fla — The man a family suspects of killing their grandmother has been arrested by the Jacksonville Sheriff's Office on charges of criminal mischief.

MORE: 'That's how we knew he did it.' Family says mother's last words identify her killer

No one has been charged yet in the Thursday murder of 54-year-old Shirley Blakely, but JSO had her neighbor, 24-year-old Darnell Johnson, in for questioning later that day, according to a JSO police report.

Details of the interview with Johnson are not in the police report, so it is unclear what he was being interviewed about. Blakely's family believes Johnson killed her.

Johnson was arrested after his questioning because while in the interview room, police say Johnson removed a face plate and camera lens, damaging the video recording system.

JSO arrested Johnson and transported him to the detention facility.

While JSO has not connected anyone to the death of Shirley Blakely, her family believes Johnson is responsible for her death because of something she uttered before she died.

“How we knew it was him, she was able to point," Shirley's daughter Kayla Orr said. "When my brother found her and she was dying, she was taking her last breath, she could point to the wall next door and 'Bam'", that’s all she could say; 'Bam.' That’s how we knew who did it."