At a preliminary hearing Wednesday, Smoker was ordered to stand trial in Lancaster County Court on charges connected to Stoltzfoos' disappearance. 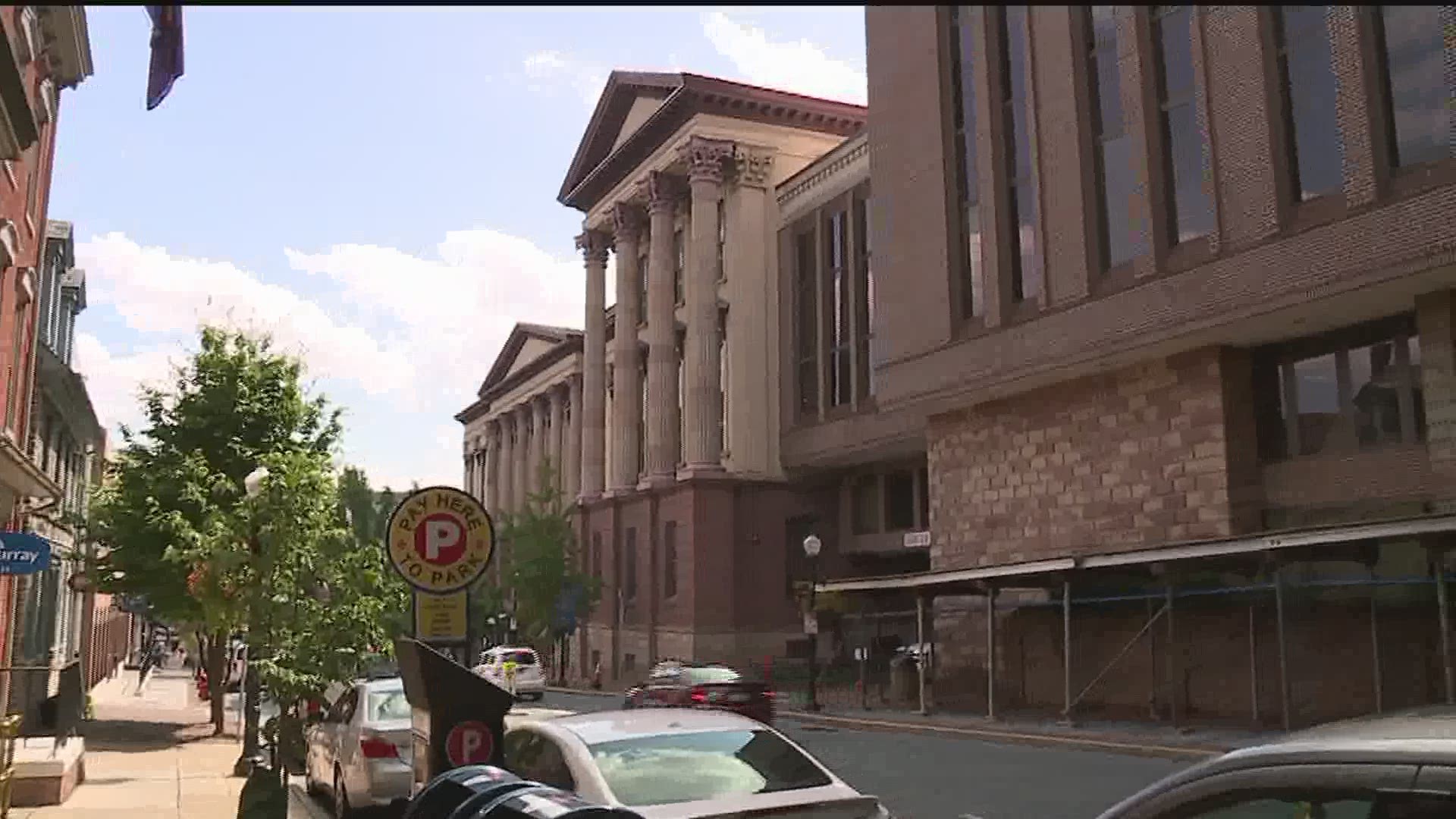 LANCASTER, Pa. — Update, 4:15 p.m.: Justo Smoker was ordered at his preliminary hearing to stand trial in Lancaster County Court. He will have his formal arraignment there at a date to be determined.

Smoker is charged in connection to the disappearance of Linda Stoltzfoos, who disappeared on June 21.

The judge also saw photos of Stoltzfoos walking to church with four other Amish girls in the Bird-in-Hand area around 8:30 a.m. on the day she disappeared.

On the morning of June 21, Stoltzfoos – an 18-year-old Amish woman - walked to her church, attended service, helped wash some dishes, then walked toward home, alone, according to testimony at the hearing.

A detective testified that a man in a red vehicle abducted Stoltzfoos on Beechdale Road. East Lampeter Township.

The video was not played at the preliminary hearing – but Jones described it, according to the DA's office.

Jones said a vehicle pulls onto the berm of Beechdale Road. A person is then seen walking on the other side of the road. A male exits the vehicle and approaches the pedestrian. There is a six-second interaction before the two walk back to the car in unison.

Investigators allege Stoltzfoos was the pedestrian and Smoker was the male from the car.

Jones also described a number of photos, stills from surveillance cameras, that show Smoker’s red Kia Rio around the abduction site in the morning and afternoon of June 21 – and two days later.

The stills also show Smoker’s Kia traveling around an area where Stoltzfoos’ bra and stockings were found buried, in a wooded area off Harvest Road. A plastic ziptie also was found at that burial site, according to testimony.

A Pennsylvania State Police Trooper who responded to the area on Harvest Road where Stoltzfoos’ clothing was buried also testified Wednesday.

Trooper Kory Wardrop said an employee of a nearby business saw a red Kia – determined to be Smoker’s – parked by the business. The employee called police and reported it suspicious.

A few minutes later, the employee saw a man drive away in the Kia, according to testimony.

About 40 yards from the business, police found the burial location, which the trooper described as a “disturbed” area of dirt and mud surrounded by vegetation.

The clothing was found about six to eight inches beneath the surface. Stoltzfoos’ parents told police the items appeared to be Linda’s.

In closing, prosecutors said circumstantial evidence is “certainly enough to convict of kidnapping.”

Smoker told police he was not on Beechdale Road or that area. He also told police no one else drove his vehicle, Jones testified.

When shown photos of the Kia, however, Smoker said it appeared to be his, Jones testified.

A preliminary hearing is scheduled Wednesday for 34-year-old Justo Smoker.

Smoker is facing charges in connection to the disappearance of the missing Amish 18-year-old, Linda Stoltzfoos.

Here's a timeline of what we know occurred so far:

Officials say the search for Linda is a "constant, ongoing, collaborative effort."

At this time her whereabouts remain unknown and investigators are actively working to determine what happened to her after she was taken.

Police say they have reason to believe she was harmed after her abduction.

Although Smoker's car, is in police custody -- officials continue to ask people to please look at photos of the red Kia Rio to see if anyone remembers its whereabouts around Father's Day.

Smoker's Kia Rio has distinct features, officials say. They include:

The preliminary hearing is scheduled for 1:30 p.m., on Wednesday.

This weekend, community members are organizing a prayer ride for Linda and her family, starting in Ephrata.

All are welcome to attend, you can find more info about it here.