FBI: Here's how to avoid becoming a victim of an online romance scam 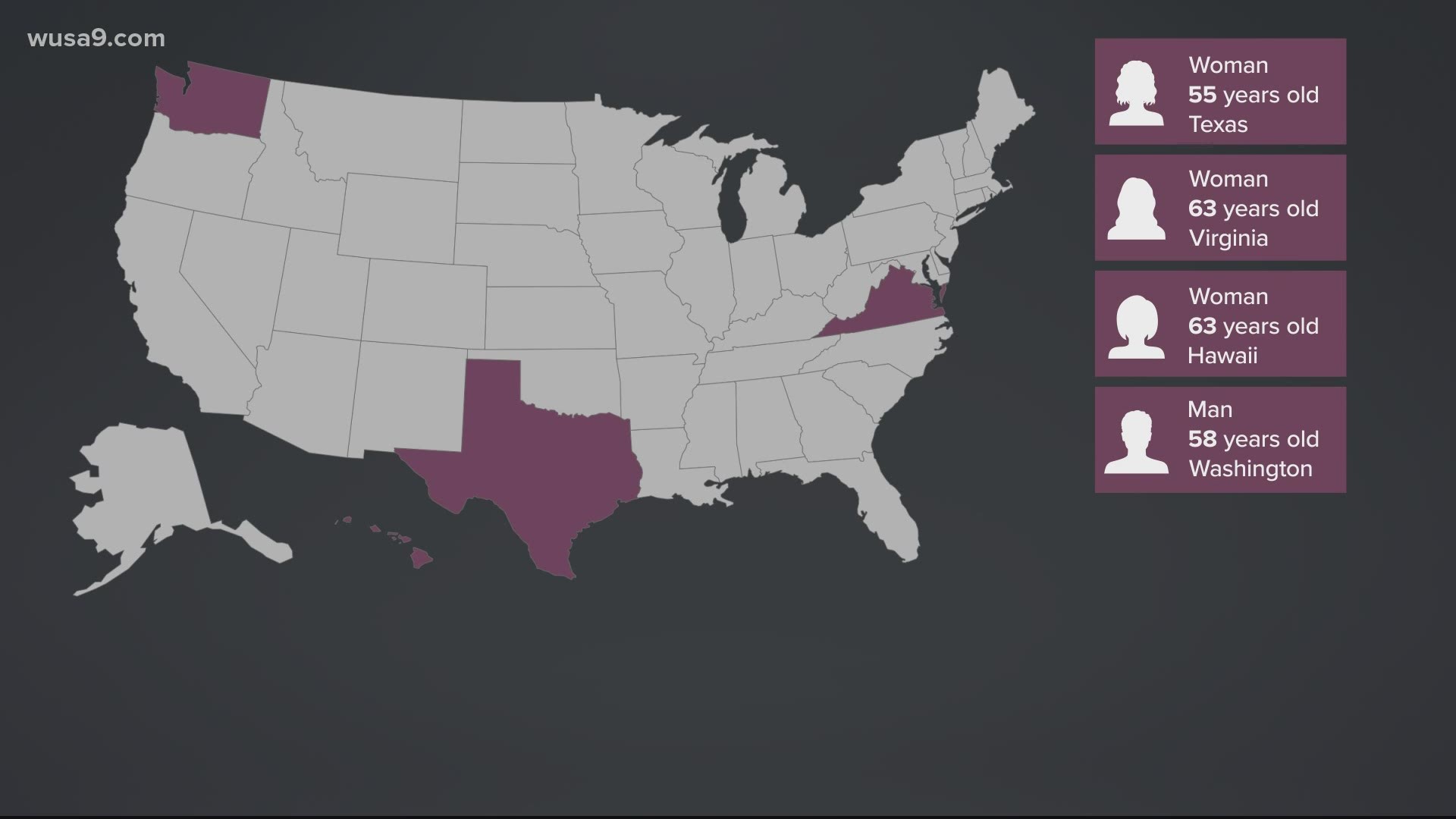 GAITHERSBURG, Md. — A pair of Maryland brothers are in federal custody, charged with what attorneys called a $5 million “online romance scheme," scamming more than 200 victims in three years, in an operation run out of a Gaithersburg apartment complex, according to charging documents.

The office of the U.S. Attorney for Maryland said the two brothers, David and Lesley Annor, scammed their online victims, out of tens of thousands of dollars each.

The federal complaint said victims ranged in age from 38 to 83 and were living all across the country. Charging documents accuse the Annor brothers and their accomplices with pulling off a variety of alias' in their romance scam, including a military contractor in Afghanistan, an underwater welder in Ireland, a medical student in Germany and an oil rig worker in Venezuela.

Credit: WUSA9
A map showing the nationwide range of victims of a Maryland-based romance scam according to federal charges against the Annor brothers

Virginia resident Carolyn Hamby was nearly taken in by a separate romance scam and shared messages another man sent her with WUSA9’s Delia Goncalves back in 2018:

“Where have you been all my life? You’re just like everything I’ve ever wanted." Hamby said, recalling correspondence she received from a scammer. “This is what these people do. They live off of people they think they can con."

"Within pretty short order, there’s a request for funding of some kind, whether it be for an emergency or they can’t get money to the country where they are and so they need a wire transfer to help with the business transaction," FBI Washington Supervisory Agent Patrick Wyman said. "When they ask for that meeting, the individual can’t make it for some reason or another. There’s a family emergency that comes up or they got stuck trying to travel in from overseas. So there’s always these delay tactics."

Wyman also said to be wary of "elaborate and well thought out stories that seem really believable," as they likely aren't.

"The immediate tell is 'go get me some of these Vanilla gift cards, or Greendot cards, send me an Apple gift card and send me the codes om the back,'" FBI Baltimore Special Agent Jeff Reising said. "They never forget who you are if you’re somebody who’s given them money in the past."

Riesing warned that if an online relationship seems to know you too well, it could be the same person who ripped you off before.

Both David and Lesley Annor are being held in custody as a magistrate said he believes they have a high chance of trying to leave the country with their family connections to Ghana.

WUSA9 reached out to their federal public defender who said he has "no comment."

If you believe you are a victim of online romance fraud, you can report it at www.IC3.gov