Despite calls for his resignation, Quincy Township Supervisor Kerry Bumbaugh has declined to step down. Now he is facing possible impeachment. 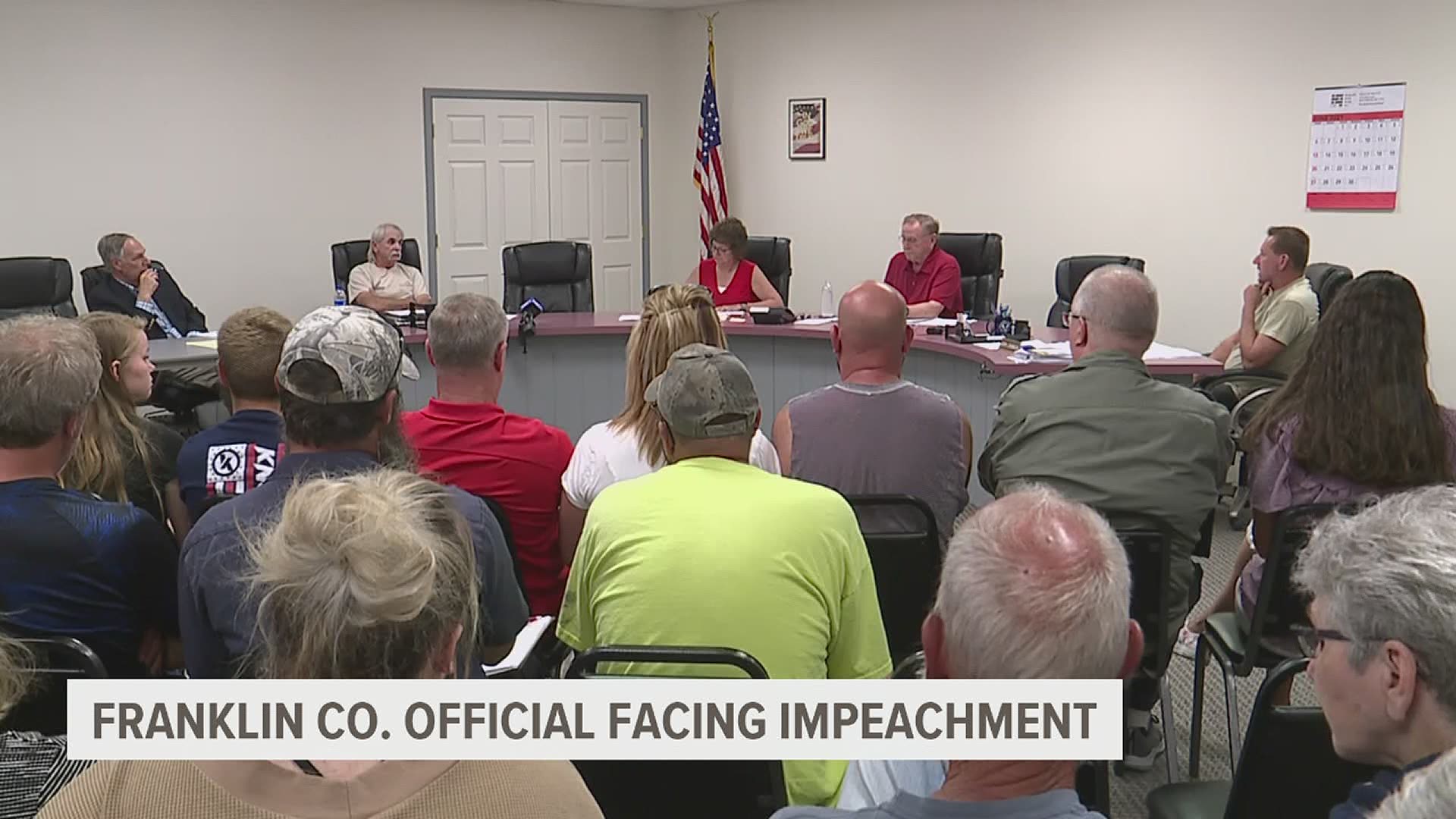 WAYNESBORO, Pa. — A Franklin County official who was charged with misusing taxpayer money is now facing a possible impeachment.

Despite calls for his resignation, Bumbaugh has declined to step down as one of Quincy Township’s three supervisors.

Pennsylvania law allows officials facing charges to remain in office if and until convicted. However due to the nature of the charges, State Rep. Paul Schemel (R-Franklin) said Bumbaugh remaining in office could lead to further public harm.

“Since the accusations of what he’s being charged with actually go right to the heart of what he does as an employee of the township, that is handling money and directing the staff. That’s why this extraordinary action had to be taken,” Schemel said.

On June 22 Schemel introduced HR 117, a measure that would initiate impeachment proceedings for Bumbaugh.

The criminal case expanded June 24 with the arrest of another Quincy Township employee. Water system operator Travis Schooley, 46, was charged with theft, forgery and fraud.

More upheaval came June 22 when longtime Township Supervisor Bob Gunder abruptly resigned. The only supervisors remaining are Bumbaugh and Ed Wilson, who has worked with authorities on Bumbaugh’s case.

“There’s definitely a distance between the pair of us because he knows of my involvement in it,” Wilson said.

The situation has divided township residents, many of whom are related or know each other. At a recent Board of Supervisors meeting, some called for Bumbaugh’s resignation while others defended him.

A representative of Quincy Township declined to comment for this story.