June 21 was the last day Amish teenager Linda Stoltzfoos was seen. Four months later, the 18-year-old remains missing and the search for her continues. 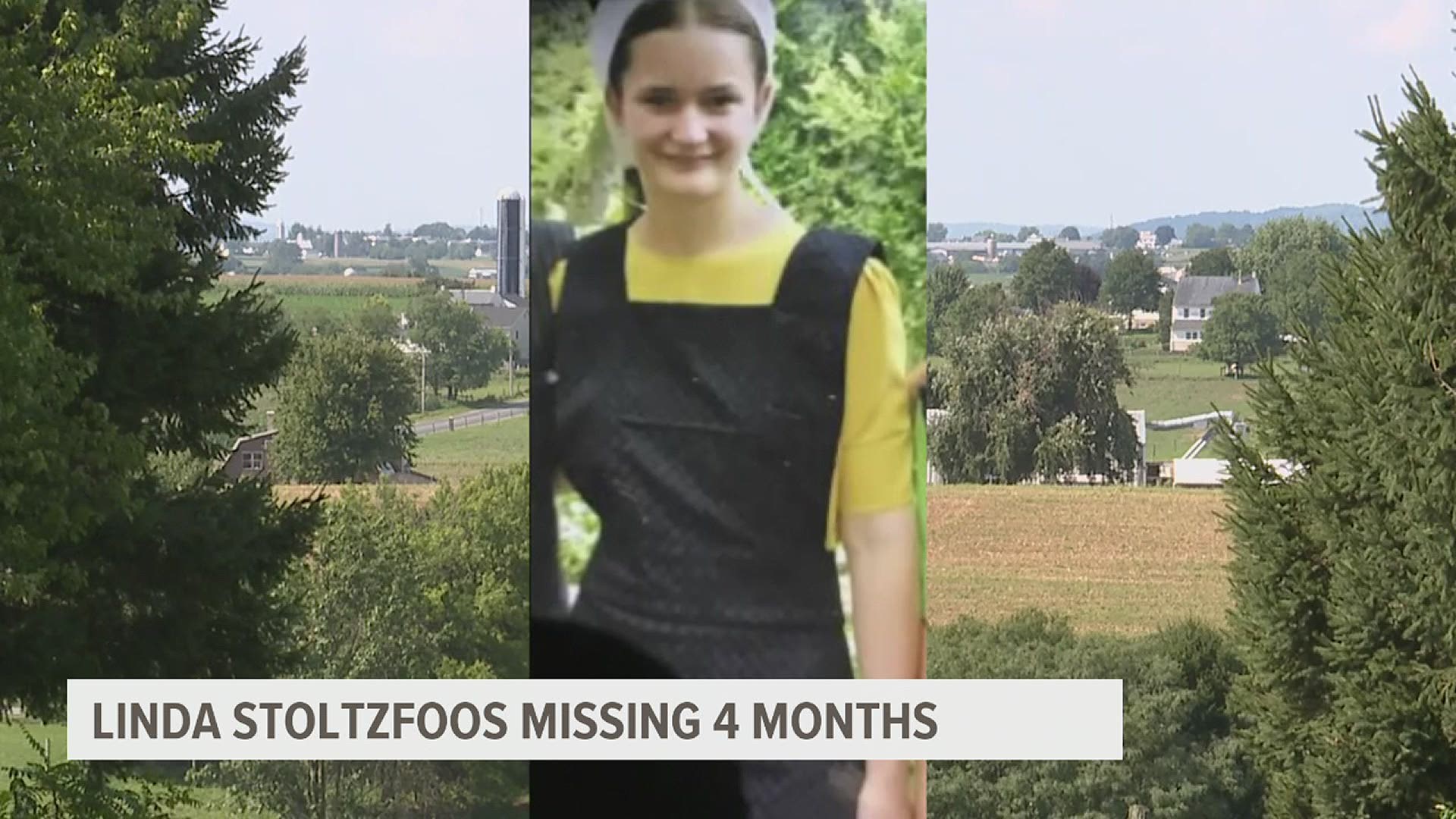 BIRD IN HAND, Pa. — June 21 was the last day Amish teenager Linda Stoltzfoos was seen. Four months later, the 18-year-old remains missing and the search for her continues, authorities confirmed.

Stoltzfoos was allegedly kidnapped June 21 while walking home from church in Bird-in-Hand, according to police.

Justo Smoker, 34, of Paradise Township was arrested July 10 in connection to Stoltzfoos’s disappearance and charged with felony kidnapping and misdemeanor false imprisonment. Investigators said surveillance video from a homeowner's security system shows Smoker getting out of his car on Beechdale Rd. and abducting Stoltzfoos in broad daylight.

RELATED: What we know about the disappearance of Amish teen Linda Stoltzfoos 3 months after she went missing

A status conference scheduled for Smoker on Sept. 24 was postponed while the prosecution gathered more evidence.

“They're trying to get the best case, because they only get one shot at this,” Goldstein said. “They want to make sure before they would bring those charges, that they feel they have a case that can be won beyond a reasonable doubt before a jury.”

A homicide charge could come even if Stoltzfoos isn’t found.
“It depends on other evidence, but certainly people can be convicted without ever finding the body,” Goldstein said.

At this point, investigators have not confirmed whether they think Stoltzfoos is alive or dead. However, cadaver dogs and dive search teams have participated in some of the searches for her.

Detectives continued the search on Oct. 21, according to East Lampeter Township Police.

The District Attorney’s office wrote in an email,

"Obviously, we were all hopeful that we would have found Linda by this point and could provide her family with some more answers.

Our office and the investigators remain committed to bringing Linda home and securing justice for her and her family. This case is a top priority.

We continue to ask for the public’s assistance with information and tips that could present valuable leads. Our office has an online tip channel in place via CrimeWatch: https://bit.ly/2Bb4KQ8.

Going forward, we will advise when public assistance is needed for search efforts.”

Smoker’s next scheduled court appearance is a status conference on Nov. 5.

Pennsylvania law requires the prosecution bring a defendant to trial within 180 days from their date of arrest, which would mean Smoker’s trial would have to start by Jan. 7. However extensions are granted for a variety of reasons, and the trial will likely be scheduled later due to delays caused by the COVID-19 pandemic.