After a hate crime was committed against a Harrisburg synagogue, the Mayor’s Interfaith Advisory Council held a vigil to stand behind the Jewish community. 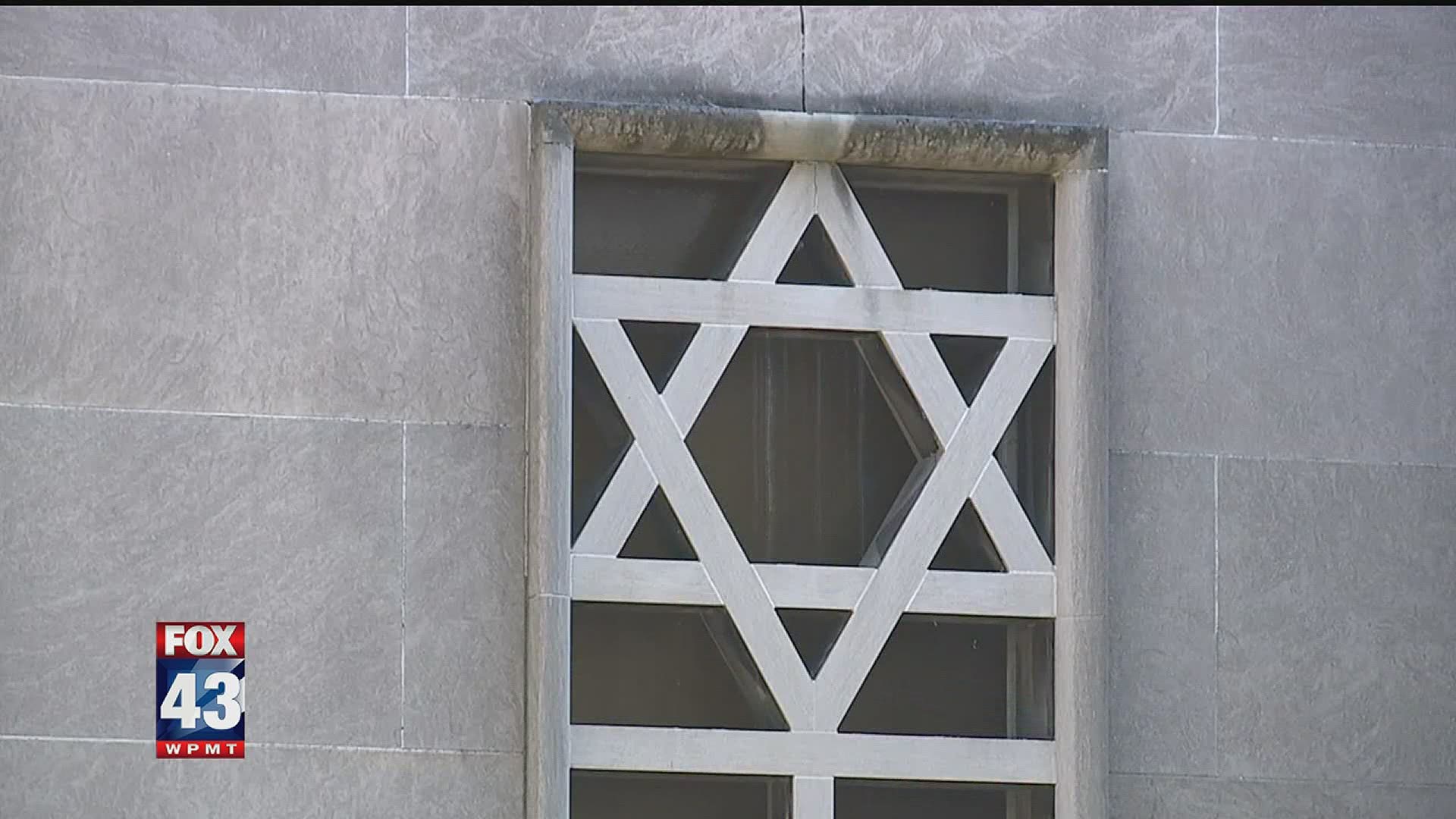 HARRISBURG, Pa. — In response to a hate crime committed against a Harrisburg synagogue, the Harrisburg Mayor’s Interfaith Advisory Council held a vigil to stand behind the Jewish community and everyone else affected by hate.

Someone spray-painted two swastikas on the exterior of Kesher Israel Synagogue early in the morning of Aug. 10.

More than 100 people gathered in front of the synagogue on Aug. 12 for the community vigil.

“I would say that we definitely have way way more people here right now than whoever could have committed this atrocity,” said Kesher Israel Rabbi Elisha Friedman.

The swastika has come to symbolize the Nazi Party and the murder of 6 million Jews during the Holocaust.

Community, government and faith leaders spoke at the vigil. Some communicated the idea that hate reverberates, and hate against one group almost always leads to more hate against others.

“The symbol like the swastika that was painted on this synagogue has the same significance to the Jewish community that the Confederate flag has to the African American community,” said Tameka Hatcher, education outreach coordinator for the Pennsylvania Human Relations Commission.

Hate incidents against Jewish institutions more than tripled in Pennsylvania last year, according to the Anti-Defamation League.

The vandalism at Kesher Israel had to be addressed swiftly and publicly, speakers said, to let all victims of hate crimes know they shouldn’t be ashamed.

“Let’s shift the shame on the people who did this,” said State Rep. Patty Kim (D-Harrisburg). “We don’t need to be afraid.”

Harrisburg Police Commissioner Thomas Carter promised the support of the Harrisburg police in finding the perpetrator of the vandalism.

“It didn’t drive a fork in any of our hearts,” Carter said. “It brought us together because Harrisburg is together and we’re all about love.”

Police and the FBI are investigating the case as a hate crime.