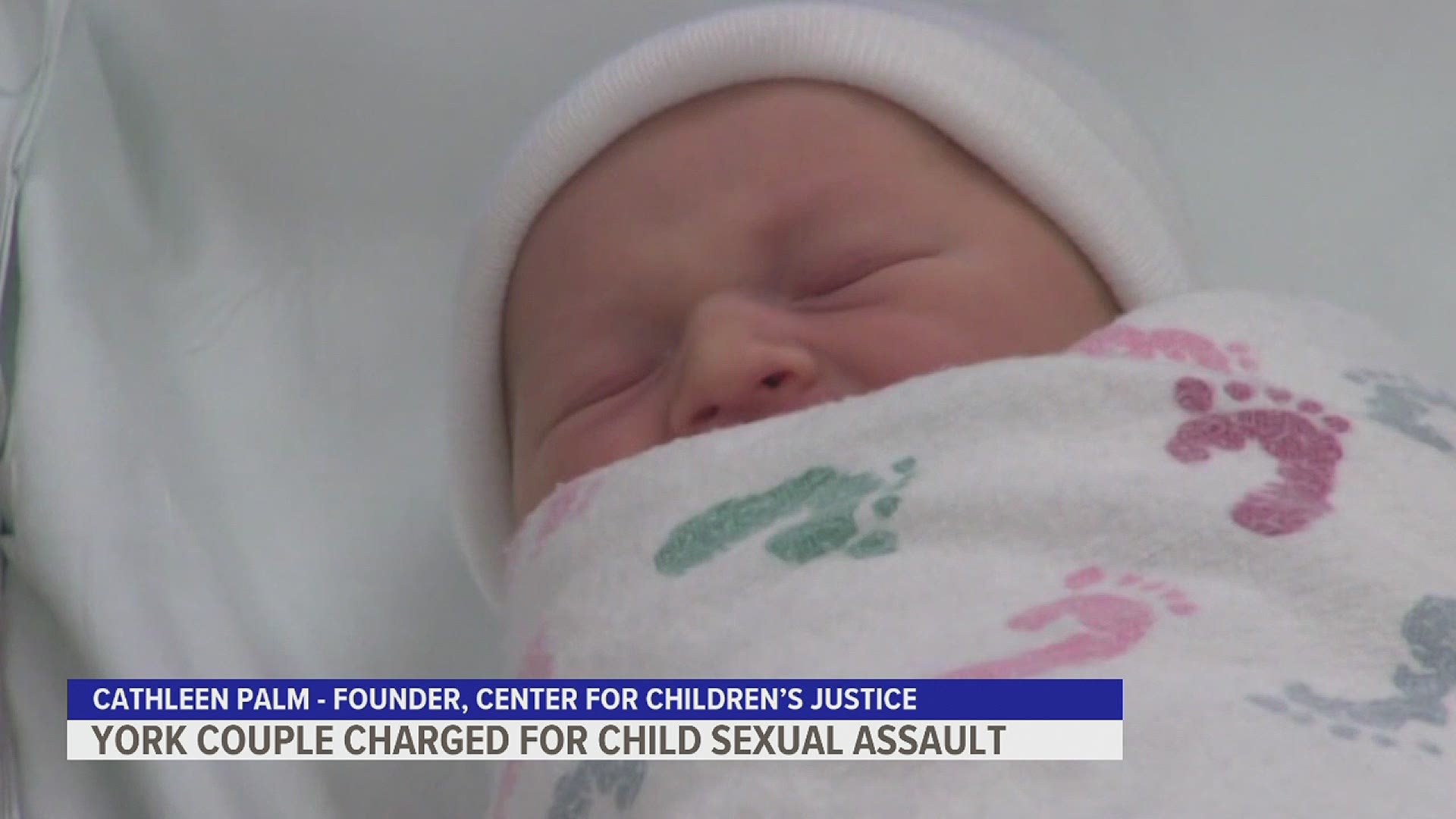 The abuse began when the child was only one month old, according to police. The child is now three months old.

The couple also shared images of the sexual abuse on the internet, according to police documents.

The case highlights the vulnerability of infants in the home.

“I think this case helps to reinforce that child sexual abuse can happen across all ages, across all spectrums, all ZIP codes,” said Cathleen Palm, founder and executive director of Center for Children’s Justice.

Infants and toddlers under the age of 4 are the most at-risk age group to die from abuse, according to the World Health Organization.

“Just because of the fact that oftentimes they’re disconnected from that group of people we consider mandated reporters,” Palm said.

A mandated reporter, such as a teacher, doctor or daycare provider, is legally required to report any suspicion of child abuse or neglect to the relevant authorities.

Palm said anyone, however, can help a child if they see signs of abuse.

“For a young infant, it may be something you notice in changing their diaper: a bruising or some kind of discharge or something like that that seems different than another experience you’ve had with an infant,” Palm said.

Both Toro and Jones were denied bail and remain in York County Prison.

Both are scheduled for preliminary hearings on May 10.

RELATED: Child sex abuse survivors push for bill that would give them more time to hold their predators accountable