An autopsy of the child's body found that he weighed only 48 pounds and police say he was found lying on a bed in a room covered in feces. 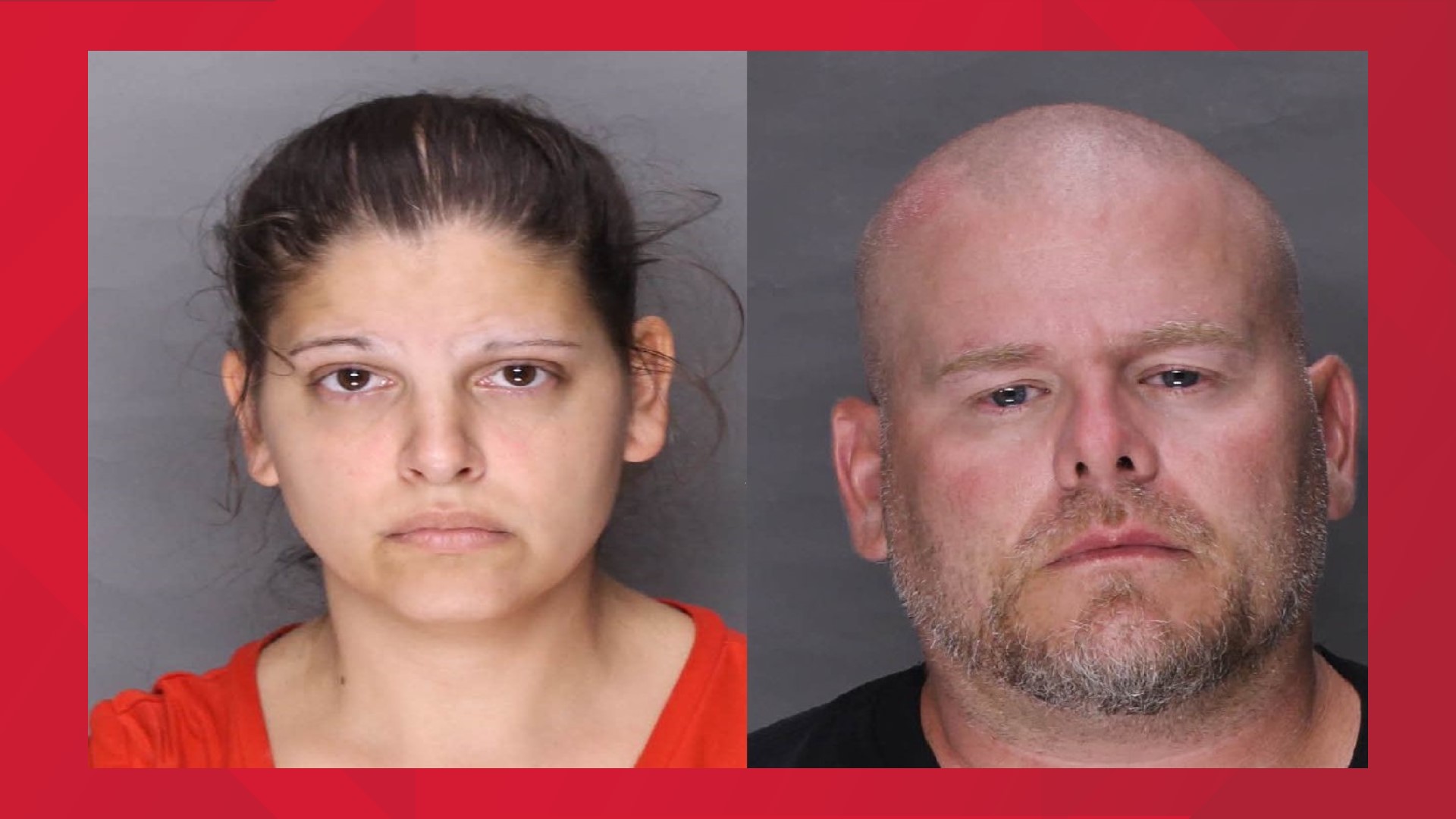 LEBANON COUNTY, Pa. — Warning: the details of the story below are disturbing.

An Annville couple is facing homicide charges after a 12-year-old boy was found dead in a Lebanon County home.

Scott Schollenberger Jr., 42, and Kimberly Maurer 35, are facing criminal homicide and endangering the welfare of children charges for their roles in the incident.

On May 26, 2020 around noon, police responded to a home in the first block of S. White Oak St. in Annville Township for a report of a deceased male 12-year-old child.

According to court documents, when police arrived, they immediately requested assistance from the Lebanon County Detective Bureau due to the horrific conditions they discovered inside the residence.

Authorities say they discovered the child's body in a second floor bedroom naked, sprawled across the bed.

Court documents state that the bed, child's clothing and child's body were covered in fecal matter, and the odor emanating from the bedroom was described as 'overpowering.'

This is the house in Annville Township, Lebanon County where the body of 12yo Maxwell Schollenberger was found in deplorable conditions.

DA says Max did not have any clothes on, the body was malnourished, and was covered in fecal matter. @fox43 pic.twitter.com/vQYV0UQbou

Police said that the victim's room contained no forms of electrical or artificial lighting, and that windows had shades duct taped to the window frames themselves.

Authorities say that permanently affixed screws held windows closed, and the room was barren outside of the bed the child's body was found on.

According to the court documents, the only liquid found inside the child's room was a plastic cup near the bed frame that contained "a single inch of water."

Police say during an examination of the outside of the child's door, it was found that three metal hooks were installed to be able to lock the victim in the room.

After an investigation into the death, police found that the victim had been kept in his bedroom and hidden from the public and from some immediate family members for several years.

Schollenberger Jr., the victim's biological father, and Maurer, the victim's step-mother, had never taken the child to a doctor's office appoint for over a decade, and had never enrolled the child in any schooling, court documents state.

Both Schollenberger Jr. and Maurer denied that the victim had suffered from any form of physical or mental disorder.

Police say that other children lived in the residence from another relationship of Maurer's.

Those children appeared to be healthy and well cared for and told police that they rarely ever saw the victim prior to his death. Some said they weren't even aware of his existence, according to court documents.

A forensic autopsy was performed on the victim's body by Doctor Michael W. Johnson, MD, PhD, on June 1 at Lehigh Valley Hospital.

The autopsy revealed that the victim had numerous signs of starvation and malnutrition, including his Body Mass Index being less than the 1st percentile for his age group.

Johnson specifically noted the child weighed only 47.5 pounds at his death, and was a height of only 50 inches. He was nowhere near the size, weight, or stature appropriate for a child of his age. All four of the child’s limbs showed a severe lack of muscle mass; his bones themselves showed a weakened state.

Johnson rendered the following opinion regarding the victim's cause and manner of death:

"In my medical opinion, this 12-year-old child died as the result of blunt force head trauma complicating starvation/malnutrition. In the context of the Lebanon County investigation, it is my medical opinion that this child's death was a homicide." 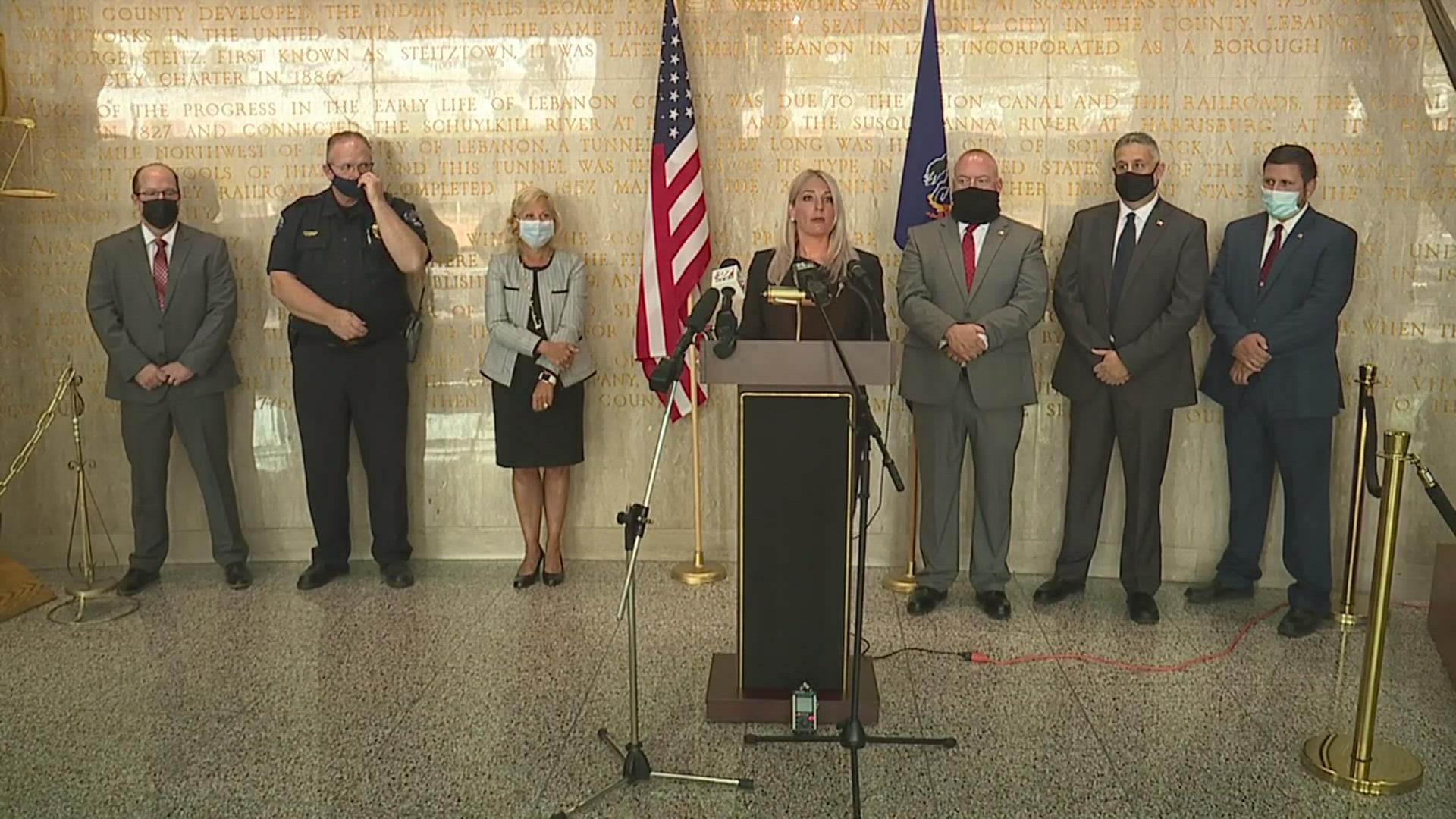 On Monday, Lebanon County District Attorney Pier Hess Graf said, "Today marks the first step in the long path of justice for this little boy. Max Schollenberger existed – I will not call this living – in a state of perpetual suffering; he existed in the most egregious and foul of conditions. He remained starved, locked away, and isolated until his killing. This child never looked forward to his first day of school, blew out candles on a birthday cake, or experienced the unconditional love of family. Max Schollenberger died in soiled sheets, covered in his own feces."

"Murders such as these are haunting, both for the community and for the law enforcement involved. I want to commend our Detective Bureau and the Annville Township Police for their thorough and detailed investigation. Our Office will always fight for vulnerable, defenseless victims. The utter despair that was Max Schollenberger’s life begs for justice for his death.,” Graf continued.

Now, both, Schollenberger Jr. and Maurer will face charges.