Shots fired during attempted escape from Lookout Mountain in Golden

Nobody was injured during the incident, the Golden Police Department said. 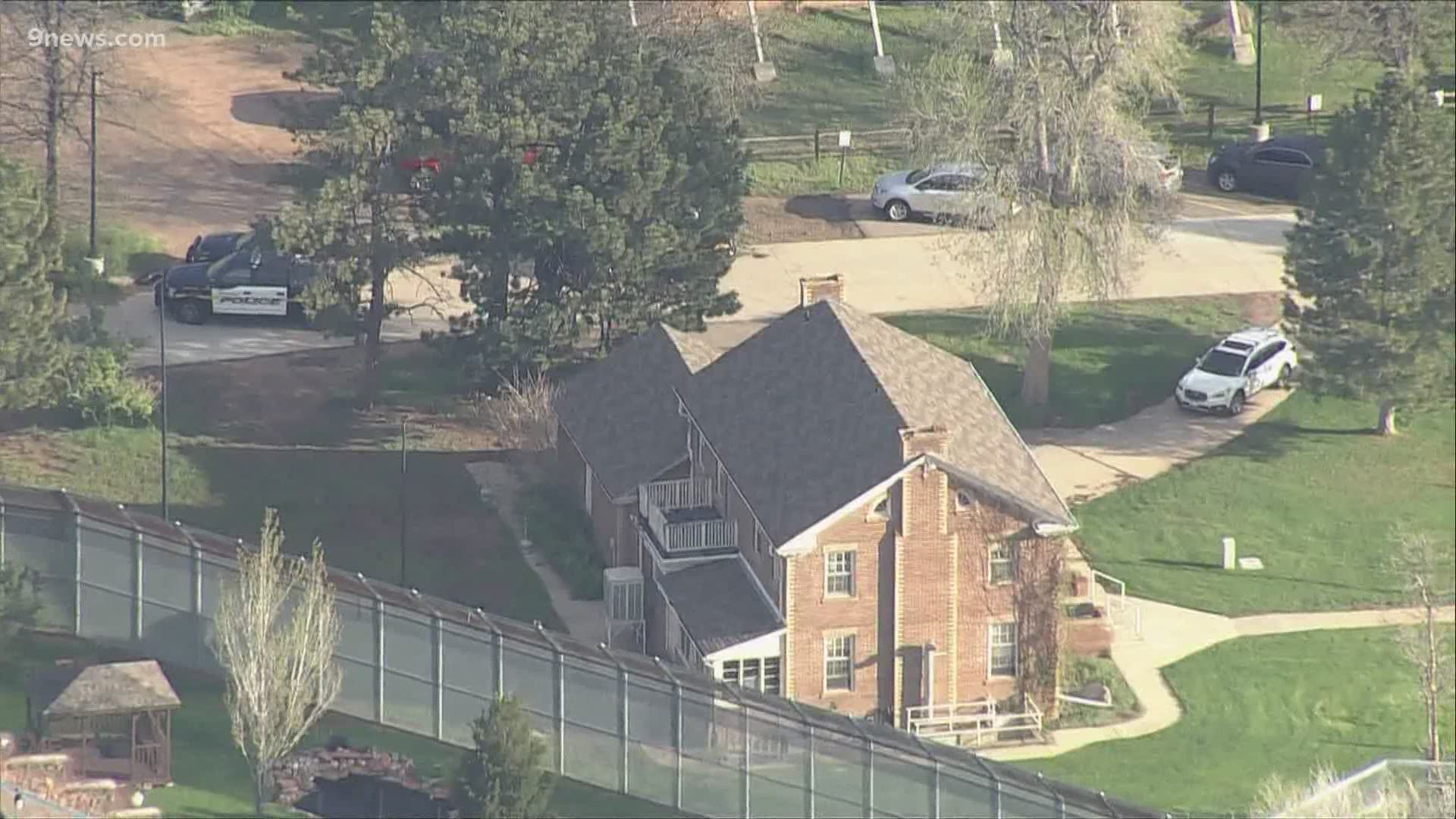 Around 6:22 a.m., a gold Lexus SUV with a bike rack was seen in the parking lot on the north side of the facility. The SUV then drove to the west side of the campus on a service road between the facility and a golf course, according to GPD Deputy Chief Joe Harvey.

Three men dressed in black exited the SUV and threw a white sack filled with rocks tied to a rope over the fence, GPD said.

The first bag got stuck at the top of the fence, then a second bag was successfully thrown over, according to GPD.

While this was happening, GPD said Ernesto Ontiveros, 18, was being moved from housing to breakfast when he ran from staff and went toward the fence, but staff stopped him.

A maintenance worker on the campus heard a gun shot and someone say, "get back," and then heard another gun shot, GPD said. The people then got back into the SUV and drove off, GPD said.

Investigators found two .380 caliber shell casings, and GPD confirmed that the staff is not armed and officers did not fire any shots. Police are not sure if the gunshots were fired at someone, into the ground or in the air.

Ontiveros was booked into the Jefferson County jail for attempted escape, GPD said.

Lookout Mountain is one of several facilities run by Colorado's Division of Youth Services (DYS). Following several escapes and violent incidents changes were announced at the facilities to make them more secure.

RELATED: 2 men who escaped from a federal prison in Colorado caught in Arizona trying to cross into Mexico

MORE WAYS TO GET 9NEWS

Subscribe to our daily 9NEWSLETTER for top stories from 9NEWS curated daily just for you. Get content and information right now for can’t-miss stories, Next and Broncos content, weather and more delivered right to your inbox.

HOW TO ADD THE 9NEWS APP TO YOUR STREAMING DEVICE

ROKU: add the channel from the ROKU store or by searching for KUSA.

For both Apple TV and Fire TV, search for "9news" to find the free app to add to your account. Another option for Fire TV is to have the app delivered directly to your Fire TV through Amazon.