A look inside the case that terrorized the Valley from the man who investigated it. 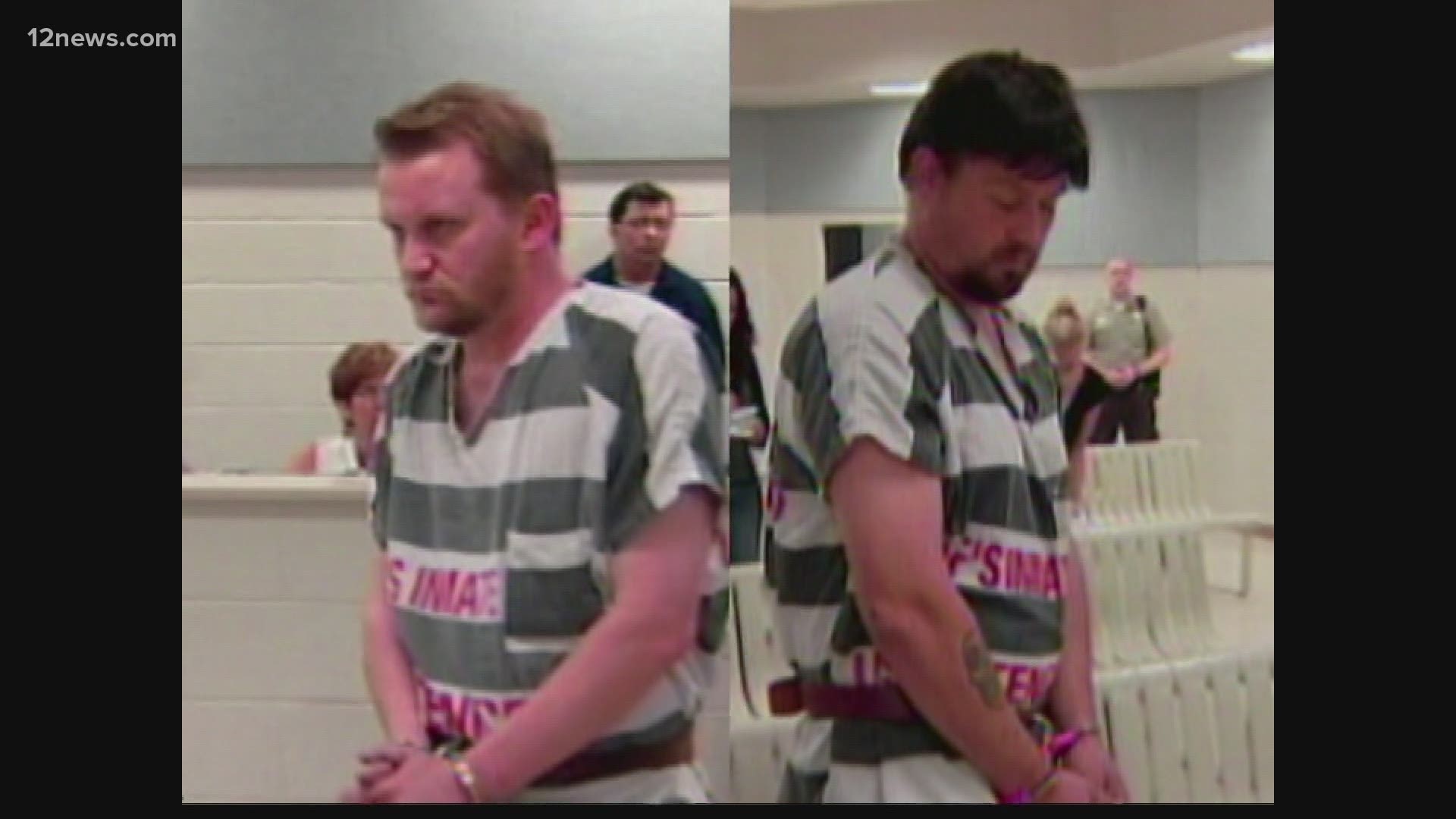 PHOENIX — Arizona summers can be brutal. The heat, monsoon storms, and fires all add up to danger. But in the summer of 2006, Phoenix had another thing to deal with – serial killers. And the body count rose along with the temperatures.

As Phoenix Police investigators set out to solve the crimes, they identified two separate killers:

“Putting two people, two prolific serial murderers with opposite motives were almost unheard of," he said. "I don’t think you could write a crime story, even a fictional crime story where you could go, ‘Can I put two serial murderers in the same location and pull it off?’ but the city of Phoenix was living it.”

Schwartzkopf sat down with 12 News to talk about the investigation into the case and his new book, "Random Recreational Violence."

“Working the case was a 20- to 22-hour job each day," Schwartzkopf said. "The couple hours of sleep I could get it was the fear of somebody I know or somebody that I happened to run across sometimes being gunned down and left there to die.”

Early on in his investigation, Schwartzkopf said he realized they were dealing with yet another serial case.

“I went to my bosses and got a lot of pushback,” he said.

The reason, he said, was related to the Baseline Killer Task Force that was already working hard to catch the suspect responsible for a series of sexual assaults and murders.

As the Baseline Killer’s path of destruction grew, the Serial Shooters began to increase the frequency of their attacks as well.

“They were in competition with the Baseline Killer, in their own sick way,” he said.

Schwartzkopf said after months of trying to crack the case, everything came together at the beginning of August 2006. He said he was sitting in a parking lot doing surveillance on a lounge where a person of interest was located.

“I was sitting there, monitoring this parking lot, and this person we were watching, and this vehicle rolled in, and the hair on my neck stood up and I just sat back, took a breath and I go – this is them,” Schwartzkopf said.

From there everything moved quickly, he said. Investigators identified the man in the bar as Sam Dietman and the driver of the car that night as Dale Hausner.

Credit: AP
Dale Hausner, man suspected of participating in a serial killing spree in Phoenix, addresses the media during a news conference at the Maricopa County jail

Schwartzkopf said he and his team tracked the suspects’ movements that night all over the southeast valley.

"We had surveillance units on top of them, surrounding them," he said. "I honestly believed I thought we were going to see them shoot someone that night.”

Nothing happened, but investigators had enough evidence to get a wiretap, Schwartzkopf said. That's when detectives hit the jackpot.

“That night when we had wiretaps was the most they ever talked about shootings," he said. "They went through a litany as they watched the news. They would flip station to station to figure out who was talking about them.”

Within days, both Dietman and Hausner were arrested. The two were eventually convicted, with Dietman turning state’s evidence against Hausner.

Inside a killer's mind

Schwartzkopf said he learned a lot about the pair as the story unfolded.

“Hausner insisted that Dietman live with him because he wasn’t really sure about Sam’s psyche,” he said “Sam had grown kind of weary of what was happening. He didn’t like the killing. He really didn’t have the stomach for it.

"So, I believe Dale moved him down there to keep an eye on him, to make sure he knew what he was doing, who he talked to. He monitored what Sam was up to.”

On the surface, Dietman had the rougher, brawnier appearance. He hung out with a rough crowd. Dale Hausner was a janitor at the airport and nothing major came up in his background checks. But looks, in this case, were very deceiving.

“Dale Hausner was clearly the Alpha,” Schwartzkopf said – he came to that conclusion after a four-and-a-half-hour interview with Hausner on the night the pair were arrested.

“After the interview, I completely knew that Hausner was the one that controlled the whole situation," he said.

Schwartzkopf said the case was driven by two motives that Hausner had: “thrill killing and notoriety.”

Below: In a 2006 jailhouse interview, Serial Shooter Dale Hausner denies any involvement in the deadly shooting spree

“I really honestly think he got to the point where he thought, ‘the only way I’m going to get the notoriety I want,' with his background which was a fascination with serial murderers, was in fact, 'to become in fact a serial murderer,'” Schwartzkopf said.

Schwartzkopf described Hausner as a psychopath.

"I think he was born bad.” Schwartzkopf said, detailing several cases of arson and theft. “He was destructive, even as a kid.”

He said he believes Dietman was a social outcast who was groomed to take part in the killings.

“He just got caught up in the whole whirlwind, and the media presence, and the talk about it," Schwartzkopf said. "I think he just got rolled up in the notoriety of and decided 'hey, this isn’t such a bad thing after all.'”

The case has left a lifetime of damage, not only on the victims of the Serial Shooters, but on the investigators as well.

“It’s less than 1% of all murders," Schwartzkopf said of serial murders. "But it takes the most to try and investigate. It really is an unbelievably taxing job on a person.”

He said he wrote "Random Recreational Violence" as a sort of cathartic experience in 2010 but waited until he retired to publish it because he did not want to take away from the homicide victims whose cases he was trying to solve.

“I didn’t feel that it would be good for them,” he said.

Hausner and Dietman were convicted and sentenced to prison. Hausner died behind bars in 2013, while Dietman is serving a life sentence.

The case, though, will always be part of Schwartzkopf’s life.

“You don’t investigate a case like this with all the victims, and all the pain and all the suffering and all the things that we had to go through as investigators, without being tied both physical and emotionally to the case," Schwartzkopf said. “I spent my whole life trying to find justice for victims. This one was… this one was a tough one.”